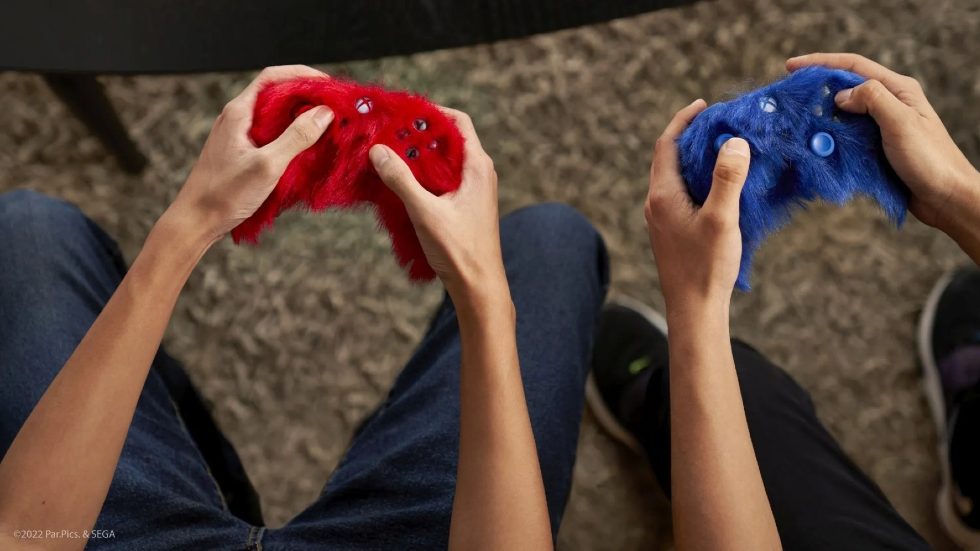 Xbox Releases Console and Controller Inspired by Sonic the Hedgehog 2

Xbox has created a rather iconic limited console release to celebrate the upcoming movie sequel, Sonic the Hedgehog 2, launching on April 8, 2022.

The custom Xbox Series S console includes the iconic golden ring Sonic collects in-game as well as an embossed picture of Sonic and Knuckles on the surface of the Series S. I think the console looks great as a tie-in but the controllers are a whole other thing and are disturbing.

That doesn’t mean I don’t like them, but they certainly remind me of one particular moment in the movie Get Him to the Greek starring Russell Brand and Jonah Hill. After being drugged (slipped a Jeffrey), Hill’s character is told by Brand’s Snow to “stroke the furry wall,” a mindset to calm the nerves and deal with the drugs. So, do you want to win this one-of-a-kind console? Xbox has made it available as part of a contest. To win the exclusive custom Xbox Series S and both the Sonic Blue and Knuckles Red Xbox Wireless Controllers by either (1) retweeting the official Xbox sweepstakes tweet and including the hashtag #XboxSonic2Sweepstakes, or (2) for fans in the US, by redeeming Microsoft Rewards points.