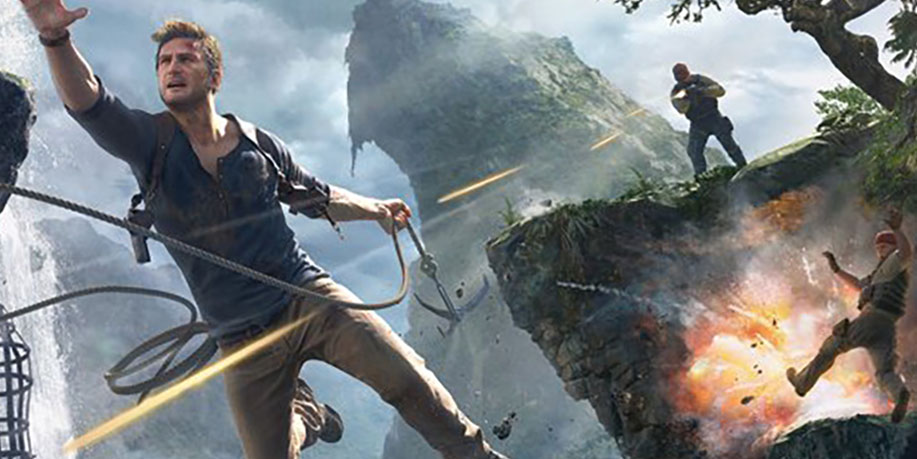 Over the weekend we learned from Naughty Dog Animator Jonathon Cooper about just how lucky Uncharted protagonist Nathan Drake really is.

Explaining via Twitter, Cooper comments that Drake never took bullet damage in any of the five titles to feature him.

Instead, what the red screen UI you saw was not him taking damage, but instead is Drake’s luck running out. Eventually, the last bullet to hit him is the that kills him.

That’s a mega-swing! Sidenote I learned on joining the team: Drake doesn’t ever take bullet damage. The red UI that shows ‘hits’ is to represent his ‘luck’ running out. Eventually enemies will get a clear shot and kill him if he takes enough near-misses. https://t.co/byzVKYXVe7

Former Uncharted director Amy Hennig piped in and confirming the trivia, proving to be credible.

True! That was the original intention (to stay more aligned with the spirit and tone of the films we were homaging).