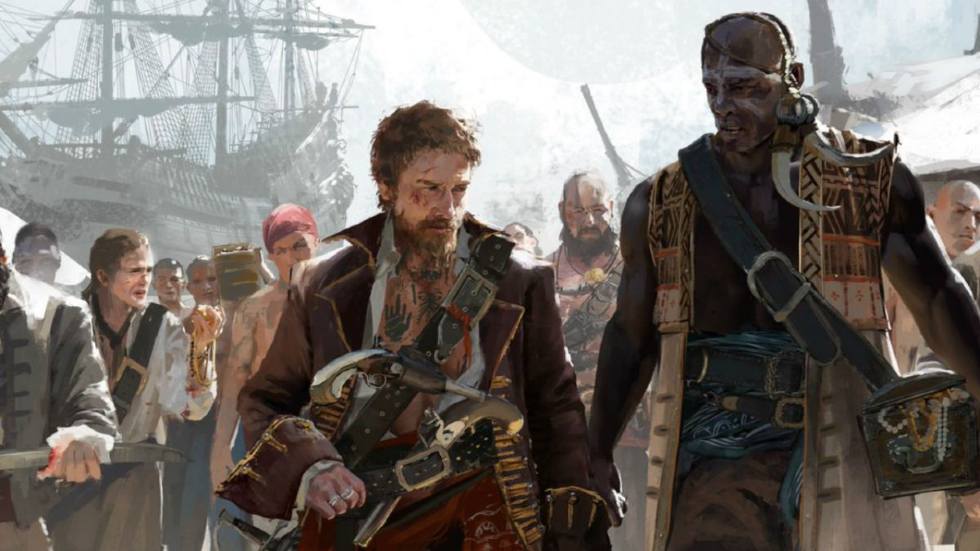 Skull & Bones is Missing, Currently Only in Alpha

I can’t believe we’ve yet to see Ubisoft’s Skull & Bones, the game that was once a spin-off to Assassin’s Creed IV Black Flag, a game that launched in 2013. Whether the developers behind the game have been cursed by Aztec gold or something else as unlucky remains to be seen but we’ve been covering each delay for as long as I can remember.

It comes as a surprise to me that after nearly a decade, the game from Ubisoft Singapore has finally hit Alpha state. This means that the game is playable in some form but may not have all the textures and assets available.

A new report from Kotaku, a Ubisoft spokesperson told the blog, “The Skull & Bones team are proud of the work they’ve accomplished on the project since their last update with production just passing Alpha, and are excited to share more details when the time is right.”

It’s no secret that the game has had a tumultuous development history. The game’s origins as a spin-off had many people excited for more of the best aspects of Black Flag, which was at the time one of the better Assassin’s Creed titles thanks to simultaneously being a pirate simulator. It had the makings of something great, Skull & Bones because it used the best aspects of Black Flag as its foundation.

While the E3 trailers painted a different picture than the truth, sources close to the topic said the demos shown at the annual conference weren’t real and simply didn’t exist in the format we saw. Others say there was an early cut of the game that could have launched in Early Access. Whatever the case is, it led to the game’s creative director leaving the project in 2018.

Earlier this year CFO Frédérick Duguet spoke about the game’s latest delay saying, “What we have been doing to make sure they could really come strongly with Skull & Bones is we increased the associate studios that are working with them at the moment so there’s a good and big team now working on the game and the last 12 months have really been good in terms of the way things were coming along, so we are confident they can really bring something really exceptional for the market.”

However, “Nobody knew what the fuck they were doing,” tells a former developer who worked on Skull & Bones. In just three years, the game has seen four delays which would spell disaster at any studio and it is a project that would’ve been cancelled already anywhere else. Speaking to Kotaku, one current developer said that “No one believed the game would launch Feburary 2022, but you hope for it,” however it’s still hard to gauge where the project truly is at this point.

Kotaku interviewed more than 20 developers about Skull & Bones and it seems like the game has never had a clear idea of what it wanted to be. Ubisoft has thousands of employees around the world and managers are trying to gain power on a project, leading to the issues we’ve heard about the game including reboots, idea refreshing and departures.

However, the issue is when it is all said and done, it is unlikely the project can be cancelled because Skull & Bones has already blown through its massive budget with little to show for it. Sources close to the subject say that Ubisoft has spent a surprising $120 million on the game and it continues to cost the company money while in development and without further delays.

The game is in such bad shape that Ubisoft had to write-off the game internally, because of how big the budget has gotten. There won’t be performance bonuses for Skull & Bones, as is custom with well-received games. While most publishers would’ve cancelled the game already, Ubisoft has a deal with the Singapore government, which offered Ubisoft grants to develop the game.

Skull & Bones is on its third creative director, Elisabeth Pellen, who replaced Justin Farren after he departed. With each new creative director, there would be leadership changes and with that, a loss of vision for what the game truly was trying to be. It’s been a vicious cycle that has led to a game now eight years in development with yet another tangible to see.