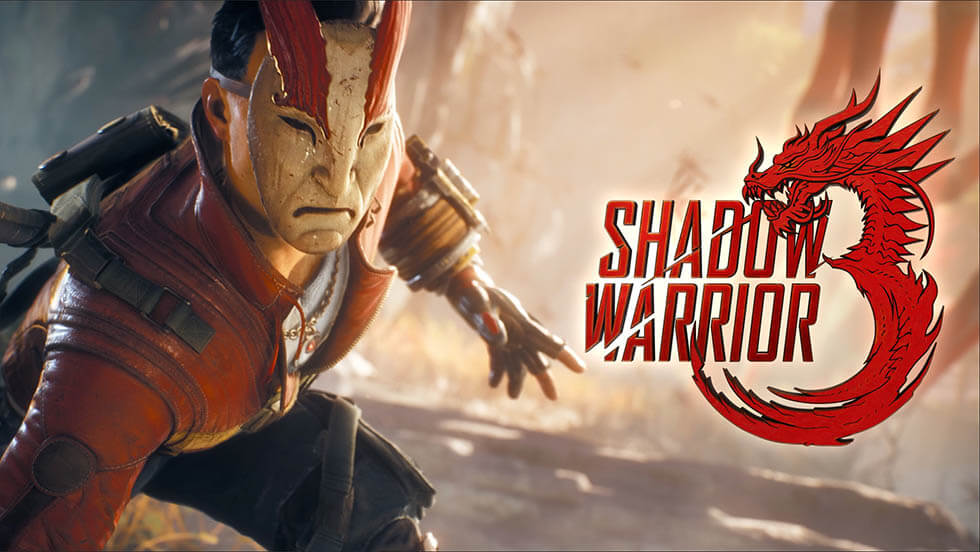 Multiple teases from developer Flying Wild Hog indicated that a sequel to 2016’s Shadow Warrior 2, a game that ended on a cliffhanger.

It looks like Shadow Warrior 3 picks up right after that because this new reveal trailer has all the makings of a direct sequel. That, and the press release essentially says it is.

Shadow Warrior 3 finds Lo Wang and his former employer turned nemesis turned sidekick Orochi Zilla embarking on an improbable mission to recapture an ancient dragon they unwillingly unleashed from its eternal prison. Armed with a punishing mix of blades and bullets, Lo Wang must traverse uncharted parts of the world to track down the dark beast and push the apocalypse back yet again. All it will take is the mask of a dead god, a dragon’s egg, a touch of magic, and enough firepower to tear down the encroaching Shadowlands.

In the trailer we see Lo Wang use a grappling hook for traversal, a first for the series and this fresh experience from the studio is looking to be the wildest adventure yet. We’ll learn more later this week at this year’s Devolver Direct, which is scheduled for July 11 at 3:00 PM ET on Twitch.