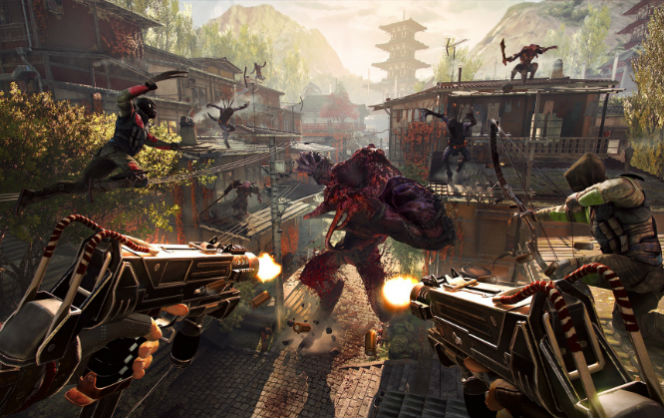 “We could not be happier with the reception of Shadow Warrior 2,” said Michal Szustak, studio director at Flying Wild Hog. “We’re a small studio with only about 75 people, and each of us poured our hearts and souls into making a bigger, different experience for Shadow Warrior 2. That our fans and critics have largely applauded our efforts means the absolute world to us.”

A newly released video takes fans behind the scenes with Flying Wild Hog as they wrap development on Shadow Warrior 2. The video covers a variety of topics, touching on game design decisions, artistic liberties, motion capturing bunny rabbits, the Polish game development boom, ramen, and the occasional day drinking. You can check out the video down below.

Flying Wild Hog is currently working on the game’s first set of free content drops for the community that has made Shadow Warrior 2 such a success. The first piece is the introduction of the first game’s ultimate katana and fan favorite, the Nobitsura Kage, into Shadow Warrior 2. Coming updates to Shadow Warrior 2 will include new missions and an ultra-hard challenge mode alongside new weapons, items, and co-op ninja characters