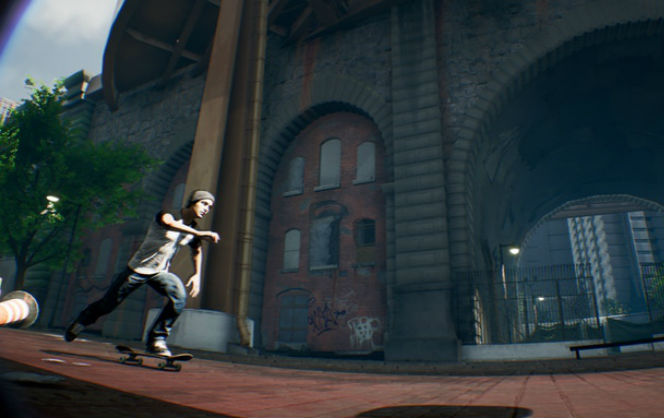 Session is a unique and authentic street skating sim and it’s the latest game to get funded on Kickstarter, and in four days! Session had a goal of $80,000 and kicked its butt in its first four days of its campaign. There are 23 left and the devs aren’t just sitting around. They’re currently working on stretch goals to make this one of the best street skating games yet.

From its unique and authentic control scheme that emulates real life skating, to its freedom from arbitrary point values, Session has already set itself apart as a skater’s paradise. There’s always room for expansion, though, and that’s where stretch goals come into play, with the first being the introduction of customization options.

To keep aesthetics on lock, players will be able to customize everything about their character’s look, to their kit, including deck, wheels, trucks, grip tape, and even bolts. It’s all about nailing the ideal look before hitting the streets, so check out this sneak peek at the freedom creā-ture plans to introduce with character customization.

If that’s not enough to get you excited about Session’s future, take a look at the full list of stretch goals below:

Based on the stretch goals alone, it’s safe to say skateboarding fans have a ton to get excited about when it comes to the future of Session. crea-ture Studios has set out to make the most authentic skateboarding game ever, so it’s only natural that they’re committed to putting players into the driver’s seat and allowing them to go wild, whether through Steam Workshop integration or a built-in park editor. Skating is all about taking the ordinary and making it look tight as hell, and that’s exactly what Session plans to achieve.

If you want to get in on this campaign and enjoy all Session when it launches in early access in 2018 then check out the Kickstarter here. In Q2 2018 Session will be made available in early access for PC and Xbox One.