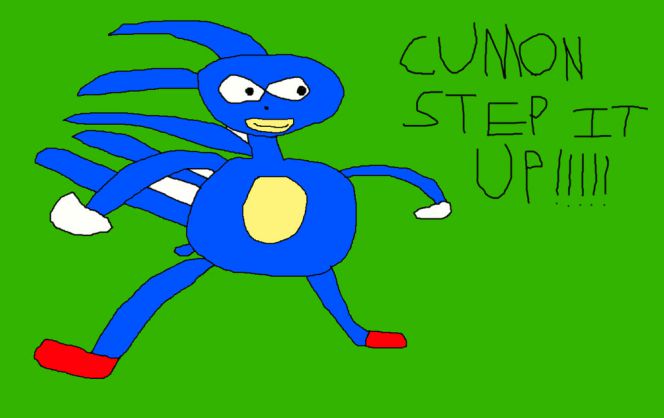 While there wasn’t as much love for Sonic Forces as the much better, much more faithful Sonic Mania, the sequel to Sonic Generations has some interesting DLC available to use on your custom character. Sonic as a character has been around for some time, and has seen some hilarious memes built around the character.

The one most famous, however, is Sanic the Hedgehog, a rendition of the blue hedgehog made entirely of Microsoft Paint.

With the latest batch of DLC, Sega has released a Sanic T-Shirt to use on your character, this is pretty interesting itself, a nice little tribute to such a hilarious take on Sonic. Grab it now!

Get ready to go fst. The "Sanic T-shirt" is now available for free download in Sonic Forces! (Yes, it's real.) pic.twitter.com/OzIXyVwgCf