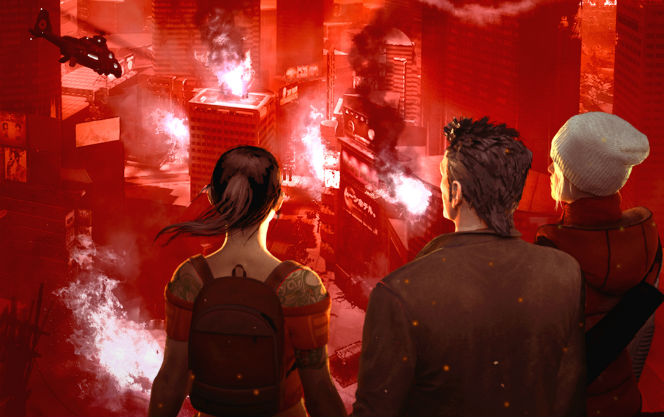 The Secret World changed forever as it was reborn as Secret World Legends, a shared-world role-playing game that is fully free to play and features an entirely new combat system, stronger progression structures, streamlined quest flow, as well as improved visuals and user interface. Since then, players worldwide have signed up to join the battle to save the world from nightmarish monsters and sinister conspiracies.

Now, Funcom has just updated Secret World Legends with Tokyo: Back to the Beginning, the first of three major content additions that expands the game world into a disaster-ridden and monster-infested Tokyo City. Offering hours more content and story, a host of new enemies from Japanese folklore to battle, and dark places in Tokyo to explore, this is the first of three massive Tokyo updates that will take players up to where the story in The Secret World left off. Once these updates are out, the developers can begin weaving an entirely new story; the story of Secret World Legends.

Tokyo: Back to the Beginning offers many hours of new content and story, a host of new enemies from Japanese folklore and several new characters with their own motives and agendas. It continues the critically acclaimed game story in a new chapter and brings players back to where it all began.

Secret World Legends revamps the core gameplay experience to be more accessible to both newcomers and long-time fans, introducing stronger progression structures, streamlined quest flow, and improved visuals and UI. Combat is more dynamic than ever, redesigned from traditional MMO-style tab targeting to a more modern action-driven reticle system, and each of the game’s nine weapon types have been reengineered with new mechanics to offer a unique feel in battle.