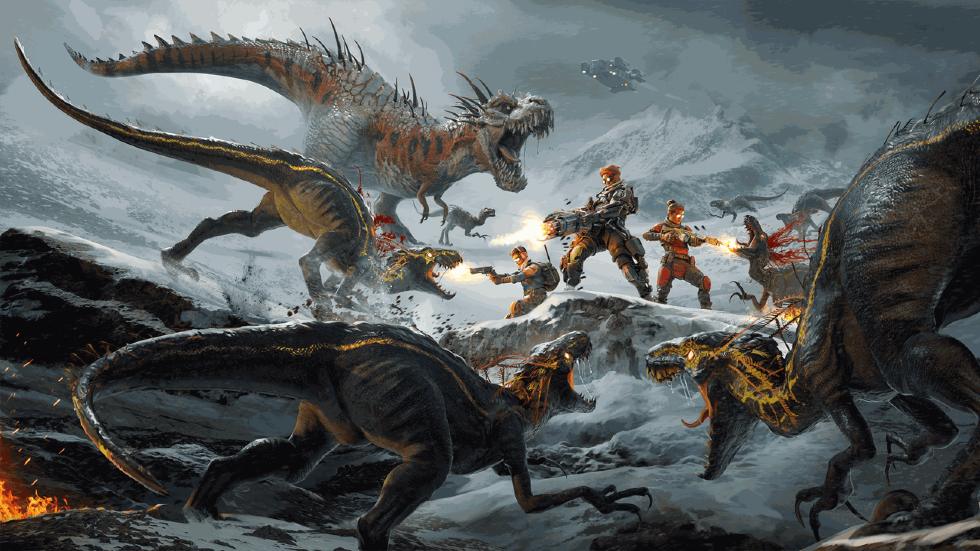 Second Extinction was revealed last year and it had people talking. The premise is simple and the gameplay looks like a ton of fun but the game has been available only on PC up until now. Thankfully, you won’t have to wait much longer to take on massive dinosaurs as developer Systemic Reaction is bringing their three-player squad title to Xbox consoles. “Since the Early Access launch, we have been able to add new features and tweak old ones with greater confidence that we were building something better with each update,” says Simon Vickers, Game Director. “A moment made all the more meaningful, having shared it with all those other great-looking titles premiering as part of the Xbox Series X reveal. It only feels right to finally say how excited we are that Second Extinction is coming to the Xbox Game Preview program this Spring!”

The developer plans on using the Xbox Game Preview program to collect feedback for their game. The game focuses heavily on tackling large dinosaurs while devastating them against heavy weaponry. A lot of these dinosaurs come with powers like electricity so it’s best to tackle them together in a group or risk being devoured by them. The cool thing about Second Extinction is how much fun each weapon you use is, and it’s best played with two friends.

While no date has been revealed, the target of Spring 2021 gives us an idea of when to expect it. For now, though, stay tuned as we will update you when an official date is given. I’m looking forward to going up against a massive mutated T-Rex.