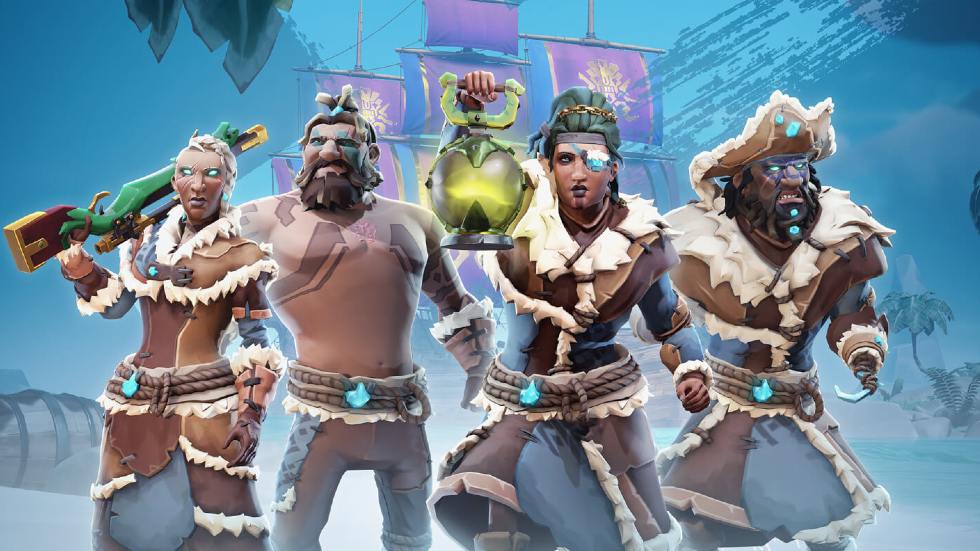 As Sea of Thieves moves away from monthly updates to season-based content, Rare has launched a video explaining how the new season model works.

On January 28, players can begin to tackle 100 levels of items to unlock with new cosmetics, and in-game rewards being unlocked for free. There’s both a free tier and a premium pass called the Plunder Pass. The Plunder Pass is the Sea of Thieves twist on a Battle Pass and it doesn’t gate access to gameplay, as you progress through 100 levels for the season, and raise your Renown. It’s all totally optional of course, but it provides value for those who do decide to purchase it.

Renown is a new progression metric that isn’t dependent on handling loot in-game and spans 100 levels across 10-tiers of progression. “Whether you drop in for a short session or get scuppered halfway through an epic sail by a sea monster or rival crew, you’ll still make progress towards your Seasonal goals,” says Joe Neate, an executive producer on Sea of Thieves.

Each Season’s Plunder Pass will cost 999 Ancient Coins. These can be purchased in packs from the Microsoft Store, or by visiting the Pirate Emporium in Sea of Thieves. 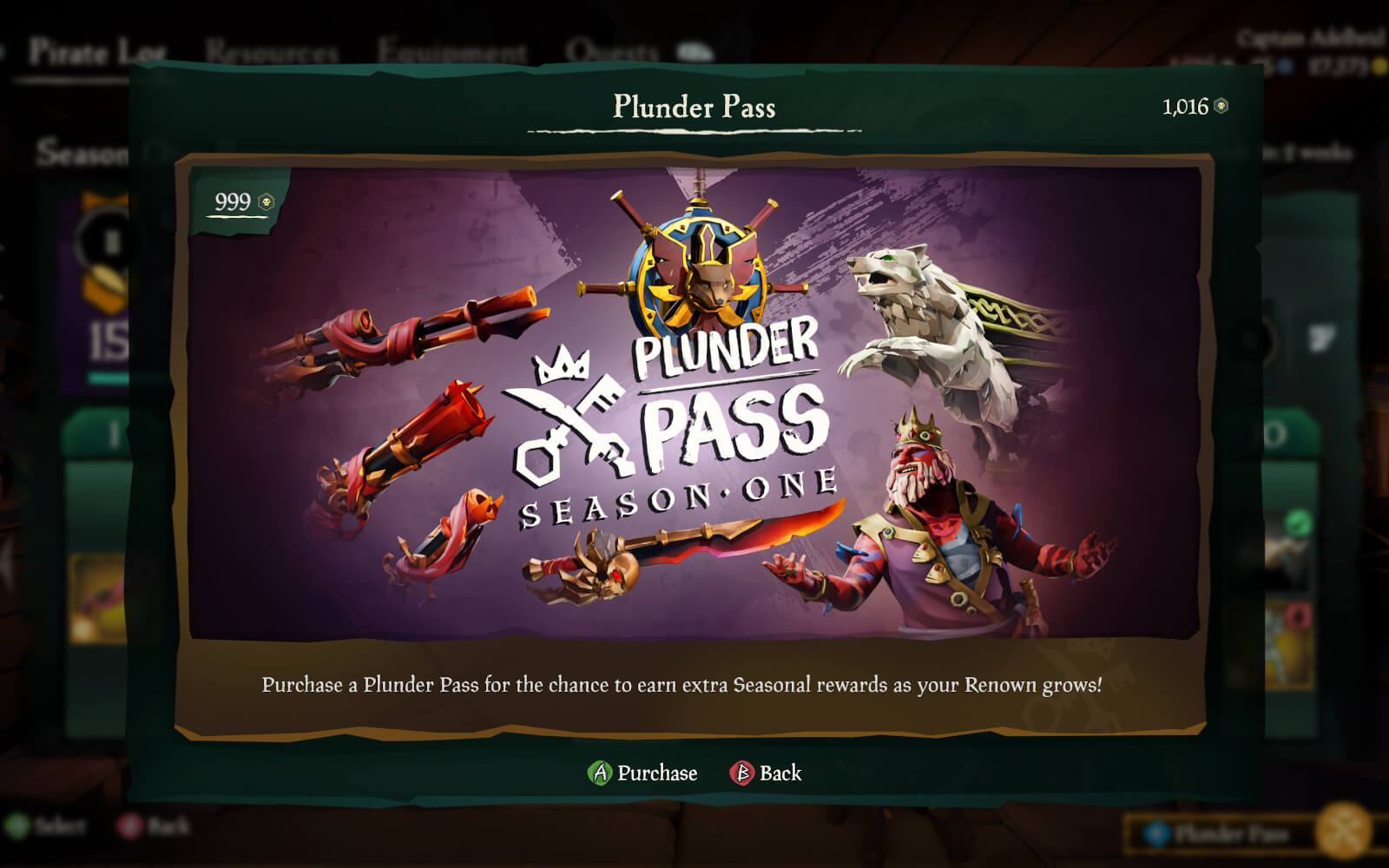 Those who purchase the pass at any point during the Season will unlock the ability to earn an additional range of rewards as they raise their Renown by playing the game. Extra rewards are made up of premium items available in the Pirate Emporium, ranging from weapons and equipment, emotes and ship cosmetics.

“We’ve also taken on board your feedback that the release of cosmetics across the game and Pirate Emporium has felt a little unbalanced in recent updates,” a post on the Sea of Thieves blog mentions. They are addressing this with the introduction of Seasons.