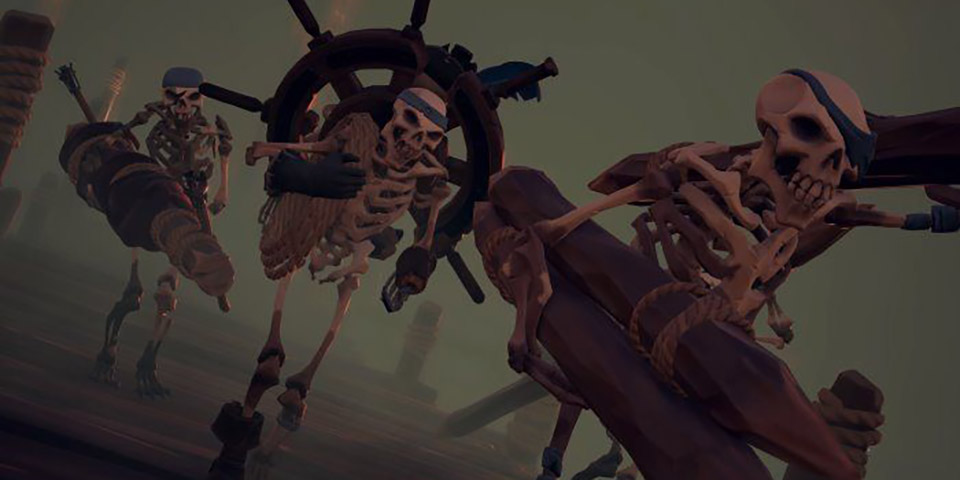 In two weeks, the next big expansion for Sea of Thieves is set to plague you with cursed ships and skeleton crews.

The free content update will be a big update that brings new AI, a new three-person ship called the Brigantine, and an alliance system. This new system is i place to encourage assortments of crews to “band together in pursuit of their goals, tackling greater challenges and sharing the rewards.”

Rare is also running time-sensitive campaigns that plan to introduce Cursed Sails’ new elements and will put players into fierce clashes, where you can earn rewards if you win. And don’t expect the skeleton crews to disappear as they aren’t going anywhere, and will serve as an emerging threat that will likely pop up again and again through quests.

These quality content drops are key to the future of the game, and Rare is doing great work to provide the best experience post-launch with May’s update and this month’s Cursed Sails.