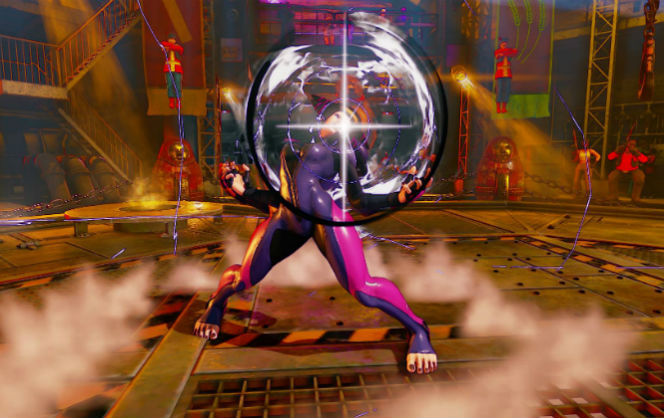 Juri goes live next Tuesday (July 26th) at approximately 5 PM PDT (so about 8 PM for us East Coasters). Players will also be able to purchase her Story and Premium costumes when she goes live on Tuesday.

Also announced was information regarding her V-Moves:

V-Skill-
Kasatsushu: Juri builds charges up and rushes at the opponent, kicking them from behind. Juri can choose to charge Kasatsushu by holding down the V-Skill command. During this charge, she can cancel Kasatsushu at any time by inputting a forward or backward dash. Additionally, she maintains her charge level after the cancel.

V-Trigger-
Feng Shui Engine Type Alpha: Juri activates the Feng Shui Engine which allows her to cancel all of her standard attacks, both in the air and on the ground, into one another. In addition, each strength of her Fuharenkyaku attacks will remain in their charged state.

Street Fighter V is available now for PlayStation 4 and PC. Juri’s DLC will be released Tuesday July 26th along with her Story and Premium costumes.