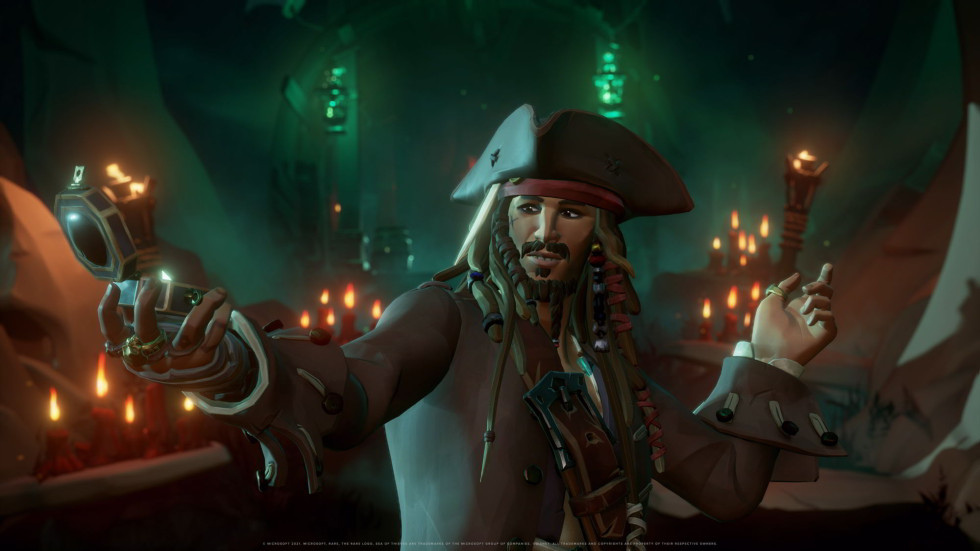 Sail The Ocean With Jack Sparrow In Sea of Thieves

Yo ho, yo ho, it’s pirate’s life for me, matey as Rare has announced their collaboration with Disney to bring Captian Jack Sparrow to Sea of Thieves.

In the new Sea of Thieves: A Pirate’s Life expansion, you’ll be able to sail the high seas with Captain Jack and his crew in this all-new story.

According to Rare, the expansion will see “Players will go on a quest to free Jack Sparrow from his prison and witness the power of the world’s greatest Pirate Treasure, which Jack just so happens to have stolen. Jack is being pursued by his old enemy, the notorious Davy Jones, and their arrival on the Sea of Thieves will ultimately spell disaster if Jones and his forces aren’t stopped.”

There will be five tales to take on, each with its own secrets and side quests, which can be played solo or with your friends.

“Sea of Thieves aims to immerse players in a fantastical depiction of the pirate life, filled with colourful characters and vibrant locations to explore. The sense of fun, wonder and the imaginative spirit that we hold real affection for in the world of Pirates of the Caribbean always felt like it could be complementary to the world of Sea of Thieves, and we’ve striven alongside the teams at Disney to celebrate this,” said Joe Neate, Sea of Thieves Executive Producer.

Sea of Thieves: A Pirate’s Life will be available for free to all players on June 22nd, which also makes the start of Season Three of the game.