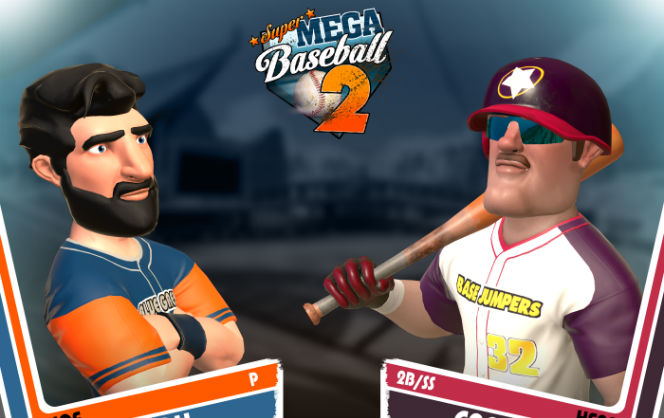 Metalhead Software issued a letter with their sincerest apologies, but unfortunately Super Mega Baseball 2 will be delayed until next year. To make it up to the fans they promise to add more content as well as show off how the game’s new lineup management system works! Below you can read the letter issued by the devs and below that you can watch the Lineup Management Reveal video!

A few months ago we announced that Super Mega Baseball 2 would be released sometime in September 2017. As it often goes in game development there were unexpected hurdles, and the September release is no longer feasible.

We’ve been working around the clock to complete the game but there are still features that aren’t finished yet. And where we’re sitting now, to release it by September would mean having to cut a lot of corners. And we do not want to give you a game that you won’t be happy with.

If we pushed, we could probably get a decent game out by the end of the year. But we released the original SMB in December so we know from experience that baseball in winter is a tough sell. We don’t want to put ourselves (or the future of the game) in that position again, so we’ve decided to delay the game until 2018 when baseball is spinning up again.

There is a big upside to this, though. Delaying until 2018 gives us some more time, especially for certain members of the team who were ramping down on their tasks. We’re going to use this extra time to work on small features and pieces of content that had previously been cut out of our scope – things like defensive shifts and additional art components. We’ve also always wanted to do a beta, but we weren’t able to squeeze it in before September. Now we’ll have the time to do a beta, test the game, and get feedback.

We know that this is disappointing news for some, and we’re sorry to have gotten your hopes up for September. We are committed to making the best game we can with the resources available to us, and the end of the day we think you’ll get a better game out of this.