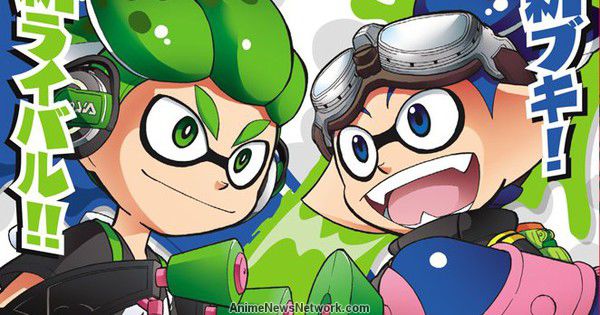 There are rumours swirling that Splatoon will be getting an online only anime, just after Splatoon 2 launches on July 21.

According to the Japanese gaming site Ga-M reports that Inklings will be invading the CoroCoro YouTube channel at the start of next month. The site also claims that the anime will be online only and will be inspired by the Splatoon comic which is printed in CoroCoro’s magazine.

There is no word on the series releasing for in English or with English subtitles, but it’s probably safe to say it wont be available in English at launch, as the Youtube channel doesn’t support English. However since Viz Media is publishing the comics in English this year, maybe Nintendo will partner with another production compnay to make the series available to English speaking audiences.

Of course this is all rumours for now but next month is just a few short weeks away so soon we will find out if this is true.