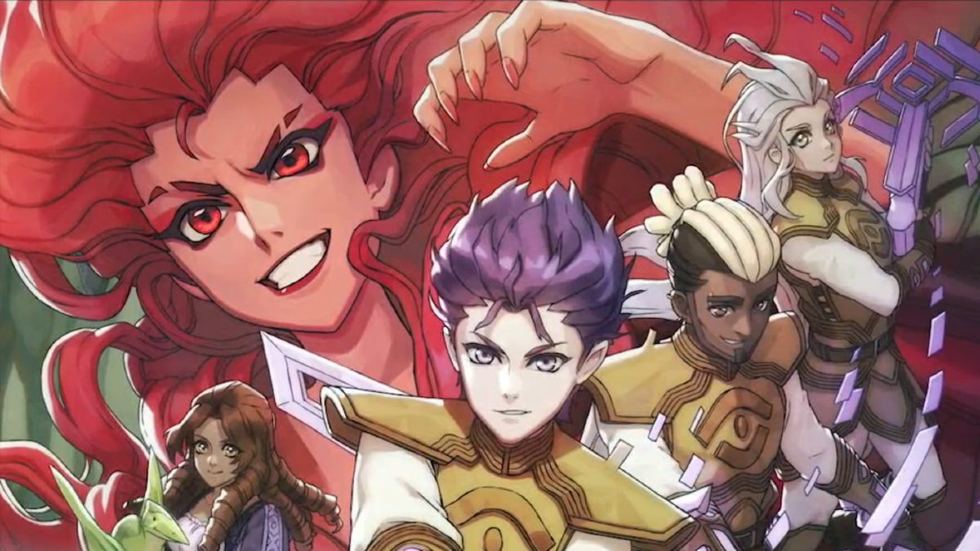 This year’s PC Gaming Show has a lot of great titles on hand but this one from Polish developer Pixelated Milk caught my eye. Its classically influenced 16-bit art direction elicits a wave of nostalgia and seeing the game in action leaves me wishing it something I could play right now.

It reminds me of classic Tales of titles and having series composer Motoi Sakuraba on hand certainly makes it feel more authentic.

The developers have created a Kickstarter for SacriFire and are asking for $82,000 Euros (roughly $121,000 CAD) to finance the project.

“The team here at Pixelated Milk is incredibly excited to be announcing the Kickstarter launch for SacriFire, our upcoming JRPG-inspired title,” said Bartosz Łojewski, Project Lead at Pixelated Milk. “Beautiful retro pixel art, a blend of real-time and turn-based combat, and music by Motoi Sakuraba are all going to come together in a game that is a love letter to games we loved. Players will encounter memorable characters, an underground city, a world of spirits, a war between gods and demons, and one soldier’s ultimate test of faith, you know… everything a good JPRG needs!. We’re seeking 82,000 euros on Kickstarter to help fund this ambitious project, but the sky is the limit!”

SacriFire introduces protagonist Ezekiel Ridan, a soldier trying to join an elite section of holy warriors who are tasked with defending the subterranean city of Antioch safe from demons. A relic is stolen from the city and you’ll need to venture out into the world to retrieve it.