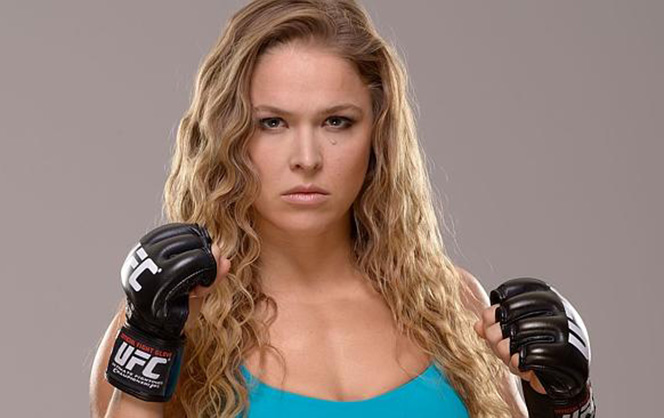 The undefeated champion Ronda Rousey has been confirmed to be the cover star of the recently announced UFC 2. This comes as Rousey is set to fight tonight in Australia at UFC 193 where she is set to fight Holly Holm.

“EA Sports is a cultural barometer to know what’s going on in sports at the moment,” said Rousey. “As a gamer myself, it’s pretty surreal to be on the cover of the game and to have a woman on the cover of a UFC game shows a lot of progress. I’m really happy to be involved with it.”

EA SPORTS UFC 2 takes the franchise’s stunning character likeness and animation to another level, adds an all-new Knockout Physics System and authentic gameplay features, and introduces the biggest ever roster of real-world fighters in a MMA game who will step back into the Octagon on Xbox One and PlayStation 4.

“Like any champion fighter going into their next fight, we listened to our corner – in our case, the fans – and took a detailed look at everything we can do to take the fight game to a whole new level,” said Creative Director Brian Hayes. “We’re doing that by introducing innovative gameplay features, delivering a game mode for every fighter regardless of their style of play, and adding helpful tools so fans can master MMA, all while producing the jaw-dropping visuals that fans expect.”