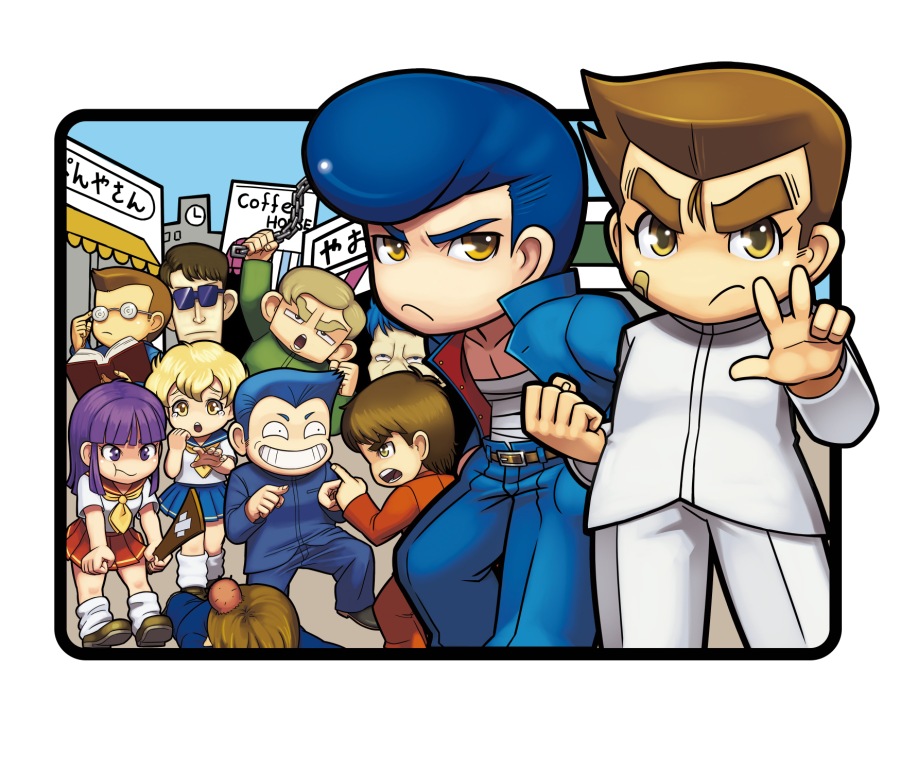 Recently Natsume announced that River City: Rival Showdown also known as Downtown in Japan will be making its way to the Nintendo’s 3DS. The game will release both digitally and in stores in November for $29.99 US. Not only will fans be able to get their hands on the game but when purchasing the game in store, fans will get a limited edition keychain gift.

One night, Kunio is attacked by two mysterious individuals. On top of that, Riki’s girlfriend has disappeared, and it’s up to Kunio to find out the truth! Kunio has just 3 days to unravel the mystery, and he’ll need your help to take down all who stand in his way. Take on some familiar faces from the River City games and meet new ones in this fast-paced beat-’em-up RPG.