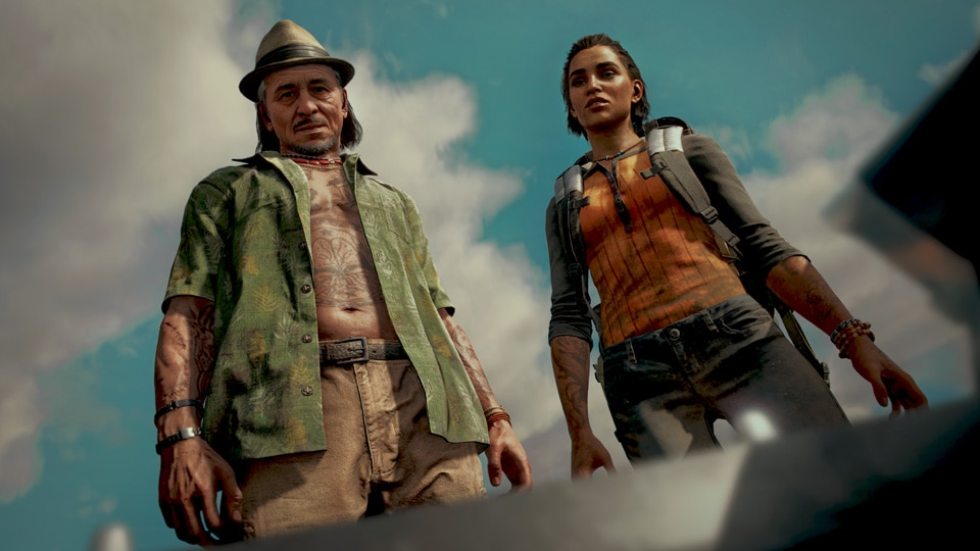 In a somewhat out-of-character move, Ubisoft is pulling back the curtain on its design and development process in their new 40-minute documentary, Revolución: A Far Cry Story.

The doc starts by going all the way back to 2004, beginning a series that really has been refining itself over its nearly two-decade-long life.

By now, those who are invested in the formula know it well, a twisted and possibly deluded antagonist, a hero who unwillingly has to take up the fight with a cast of companions – both human and animal – for the cause of maintaining humanity.

Now, there’s no arguing that humanity is plain to see in Far Cry 6; it’s in the guerilla camp, it’s on the streets of Yara, it’s in every decision Diego has to make in search of the “American Dream.” But behind this tale of finding the humanity you were robbed of growing up, is the story of Ubisoft’s own humanity.

Perhaps one of the most interesting revelations of Revolución: A Far Cry Story is that while the game has a genetic makeup that’s very visually and culturally inspired by the Bay of Pigs-era Cuba, its seeds of inspiration lay in Narrative Director Navid Khavari, Iranian roots. In Act One, Khavari gets personal about telling a story that’s… well, big shocker here, personal.

3D Lead Programmer Stephanie Brenham share’s a moving story of her mother, a Columbian revolutionary who went into palliative care as Brenham came to Ubisoft. Brenham shares stories of revolution that her mother never shared with her before, which seems almost inversely on the spectrum from the interactions in-game between Diego and Anton.

Composer Pedro Bromfman goes into the songs of South American revolution and how they are key [in key if we are being punny] to immersing players into the atmosphere of Yara outside of the visual sense. Revisiting this musical theory process, it really is hard to understand how Fry Cry 6 was not selected as a nominee for “Best Score and Music” at the 2021 Game Awards.

As with seemingly any situation these days, COVID-19 plays the star of the Act Two. The people involved in Far Cry 6 discuss how COVID impacted the calendar and the processes behind being creative and communal when we were all stagnant and alone.

At the end of the day, Revolución: A Far Cry Story is an honest look at a five-year development process that could be classified as a personal revolution. The vehicle may not have always been going in the way it was planned, but Ubisoft Toronto and their partner studios got to this finish line.