The Ys series has been around for 30 years spanning multiple consoles, and releases, the series has a cult following that is well deserved, with interesting characters, phenomenal soundtracks, and a rewarding battle system. The series follows adventurer Adol Christin, who somehow also ends up in the middle of conflicts and is someone many people look to for help. Nihon Falcom’s series of action RPGs may not be as revered as Final Fantasy or the Tales series, but it should be and for good reason, the series thrives thanks to its willingness to change and become better.

As with many games in the series, Ys VIII begins with our hero Adol and close friend Dogi working together on a passenger ship, Lombardia, shortly after introducing them, the ship is attacked by a monster from the sea and the ship is destroyed with Adol now marooned on the island of Seiren, a place that is supposedly cursed, you cannot leave the island once you’re there, or so they say. Upon waking, Adol finds survivors from the ship and must work together with them to find a means to escape the wretched Seiren.

The survivors band together and those you discover come together to create Castaway Village, a stitched-together community that will sell you items and weapons, while others may join Adol on his quest. Each survivor brings a skill to the village, and as you find and recruit them you’ll gain access to things like medical supplies, or a blacksmith who crafts new weapons and armor. Being an action RPG, the Ys series is known for its combat and how good it is. With Ys VIII, the fast-paced and frenetic battles fall more in line with the previous entry Ys: Memories of Celceta. With one button to attack, and modifiers tied to R1 and face buttons, the series is known for its dodging of enemies, by having Adol roll around and dodge incoming attacks, then countering with a flurry of sword swipes, it’s a game of timing and one where dodging at the right moment gives Adol chance to use Flash Guard, a mechanic that slows everything but Adol down so he can unleash on an enemy. In a party of three, you can unleash standard attacks, as time goes on and everyone gets stronger, SP attacks are unlocked, these attacks are assigned to the face button when R1 is pressed and consume SP, thankfully though, SP is refilled by attacking and defeating enemies. Dodging is key to survival as there is no block, and when timed correctly, Flashguard activates and the party can deal damage to the enemy as they are slowed down and unable to counter. Returning is the ability to swap characters at the press of a button, and the unique attack types each character offers. Pressing Square allows for on-the-fly character swaps, each character is given a type, and that reflects Slash, Hit, or Shoot. Damage depends on whether an enemy is weak in one of the three attack attributes. Slash works best against enemies that have no armor and are prone to be cut, starting enemies, for example, give an idea of how Adol deals with their type. Hit deals with enemies covered in armor, when hitting them with the impact you deal more damage to them. Finally, Shoot deals with long-range attacks. 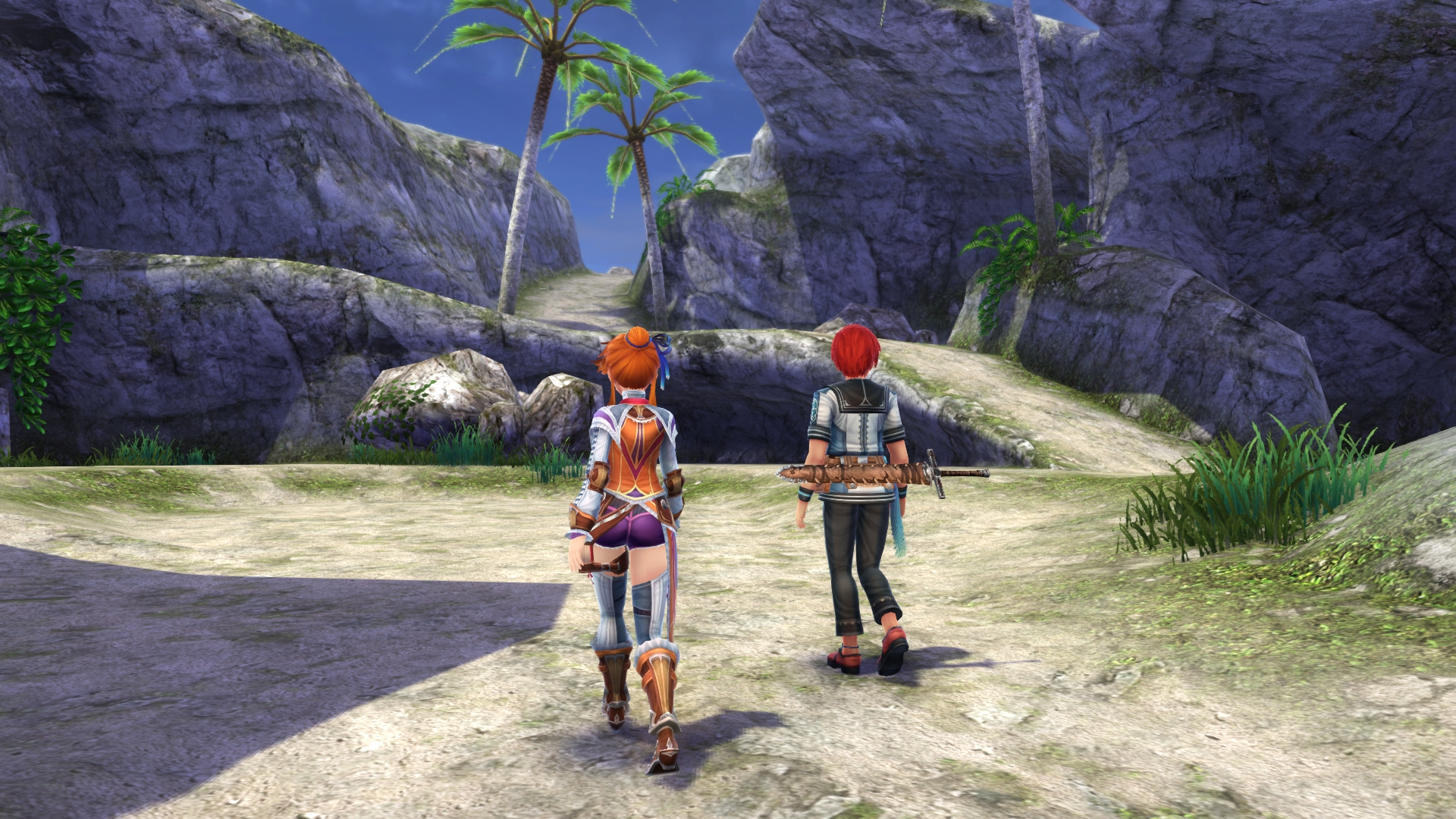 Ys VIII is a departure for the series in a few ways, being stranded on an unknown island for one, is a trope we’ve seen before, it’s how the developers put a spin on that idea, that caught me off guard. The entire game is spent on this island, and it’s up to Adol and his friends to band together and survive the island.  From start to finish, you’re on the island of Seiren, mapping out every inch.

Exploring Seiren has many secrets, there’s much to uncover and a lot of areas to map. As Adol makes his way across the island, residents of Castaway Village will have requests to complete, and most provide Adol with something in return. The better taken care of each resident is, the village will thrive because of it, it’s a lovely town-building game that at first, I didn’t enjoy, time goes on, however, and soon after I learned the importance of being a community. 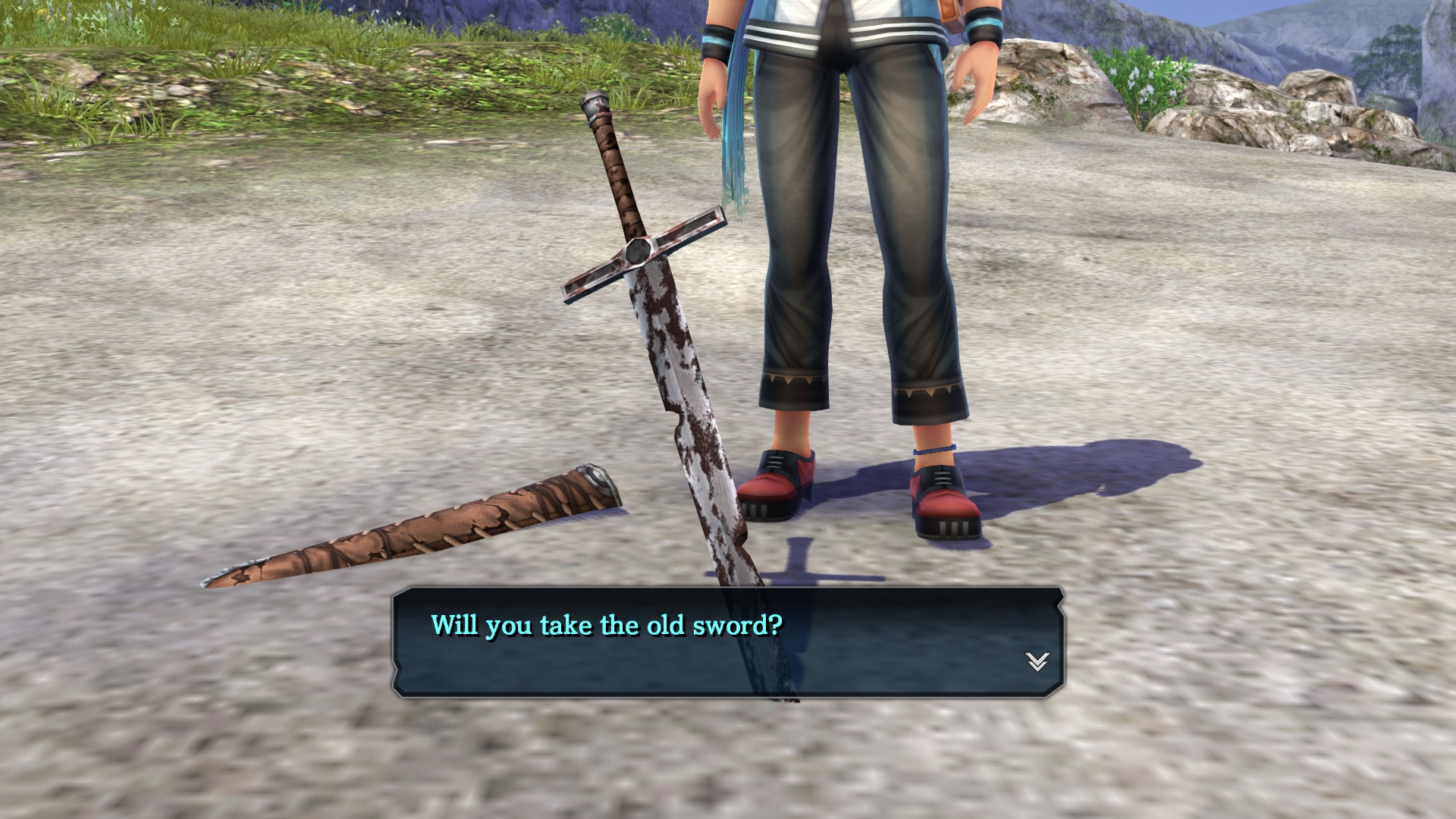 Music is always a big part of any gaming experience, the Ys series is known for its rock-inspired soundtracks, full of epic scores that elevate the experience to dizzying heights. Ask someone who is familiar with the series, you’ll find yourself as immersed in the music as you are in the story or the combat.

Ys VIII: Lacrimosa of Dana on PlayStation 5 includes enhanced visuals, better shadows, the option to play at 120 FPS, and better loading times. Whether you think that’s enough to warrant another playthrough is your call but Ys VIII is a ton of fun even the second time you play it.

The biggest letdown and something more developers need to learn to overcome is how players upgrade their journey. Ys VIII: Lacrimosa of Dana offers no upgrade path for those who purchased a copy on PlayStation 4. Sure, some DLC being included is nice but it would be even nicer to bring all my progress along with me.

While the Ys series has never seen the highs of other gaming series, the consistency of quality releases working to expand and evolve the brand is a good way to build brand loyalty. You tell me a new Ys game is coming and I’ll happily support the developers and franchise. Despite some flaws with the story, Ys VIII‘s combat more than makes up for it, and a world that is begging to be explored with a soundtrack fills the room with energy, everything Ys VIII offers is a delight; however, the graphics leave much to be desired when compared to previous games. Whether you’re playing the game as a long-time fan or a newcomer, you’ll enjoy your time playing through the game.