Xenoblade Chronicles never belonged on the Nintendo 3DS. If you ask me, it’s too grand an adventure to be stuck on such a small screen, even if it’s a great port. However, the Wii version didn’t fare much better I find and that’s due to releasing so late into the console’s lifespan and the low fidelity graphics on the Wii. But Monolith Soft’s beautiful, massive and often wonderous game is once again getting another chance at roping in another generation of fans as Xenoblade Chronicles: Definitive Edition makes its way to the Nintendo Switch.

While the Wii and 3DS sold like fire, the systems were limited by their capabilities. I’ve seen the opening hours half a dozen times now across three consoles but there’s nothing as exciting as sitting on my couch and gazing at the sheer size the Guar Plain at a higher resolution (but not by much). However, I’d consider this a remaster more than anything and some signs showing this game’s age spread throughout the journey. Characters look good, some textures feel left behind, stuck on the Wii. Some places shine bright and look great on the Switch while others still need some attention.

Behold the power of the Monado

Set in a world with endless oceans and two massive god-like beings: the Bionis; where the Homs (humans) reside and is teeming with organic life, and the Mechonis; where the robotic Machina live. Life on the Bionis is good, with humans living throughout the massive being in colonies. The opening moments serve as a prequel, taking place a year before the main story and during a Machina invasion on Colony 9. We learn of the Monado, a fierce weapon once wielded by the Bionis and the only weapon capable of countering the Machina. However, using the weapon comes at a price and it still a mystery that is shrouded with secrets. 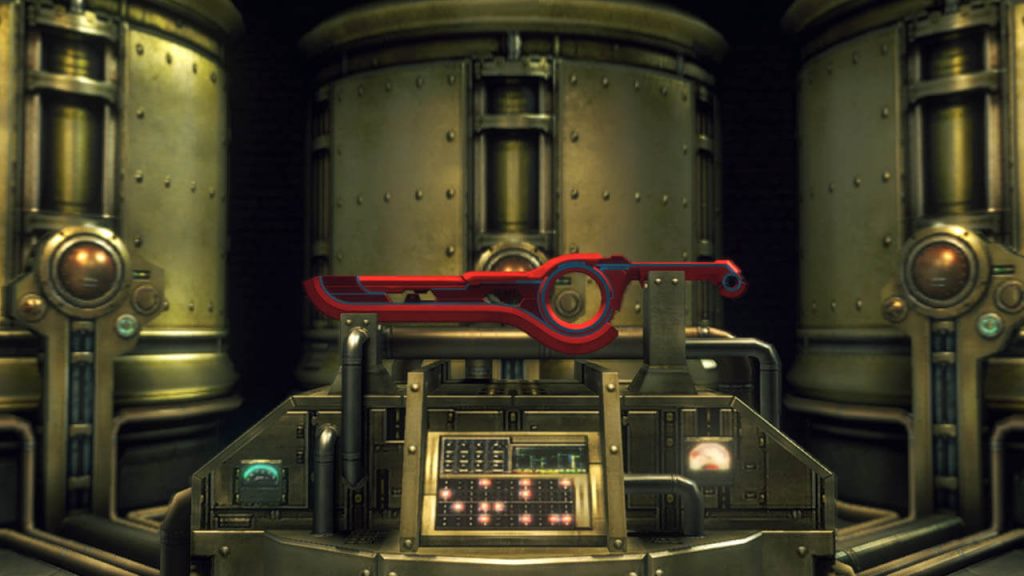 Being a remaster of a decade-old video game, going in with tempered expectations is crucial. Don’t expect a massive overhaul in graphic fidelity. While this version on the Nintendo Switch is the best looking version out, it still falls shorts. To reiterate, the game launched on Wii and then was ported to the 3DS before the Switch. So, the shift to Nintendo’s latest console is welcome but graphically things feel muddled when on the big screen. The change to the character models which fall closer in-line to the models seen in Xenoblade Chronicles 2 is an improvement, but the Switch’s internals can’t produce the fidelity this entry deserves.

Take me lightly at your peril

And while the remaster refurbishes the character models, the world falls short in that sense. The world of Xenoblade Chronicles teems with wondrous sights, but the blurry backgrounds fall. In some locations, the difference is obvious when looking at the Wii version, in other places, there are minor upgrades but not enough to really wow you when you’re coming into a new location. While it isn’t necessarily immersion-breaking, the differences are obvious if you look for them. 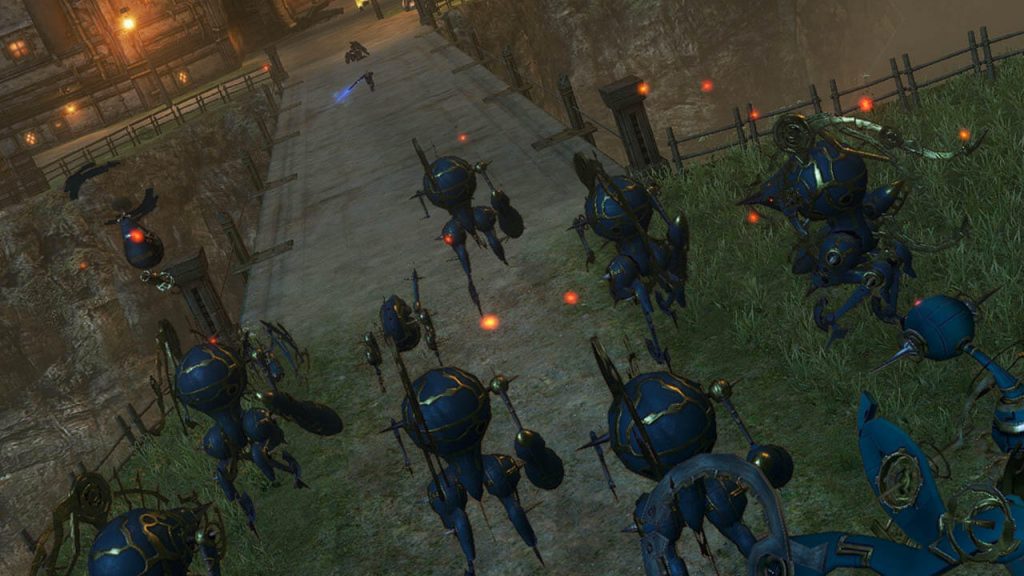 Combat is as I remember with little being changed for the remaster. And that’s okay I find since the more I played, the better I understood the mechanics. Granted, this isn’t one of my favourite battle systems and I’m not a fan of the auto-attack mechanic, but it gets the job done and leaves me to focus on hitting enemies with utilizing the battle palette which features the more powerful and crucial abilities. You’ll move around an enemy before selecting the corresponding attack that utilizes your positioning to deal maximum damage. Once you gain the Monado, the mystical blade begins giving Visions to Shulk, which predicts the future in battle. In some cases, a party member will be injured or incapacitated. To remedy and prevent that, Shulk can use the Monado’s skills to buff his allies to prevent their demise.

And if you’re a returning player or someone who struggles with juggling a dozen things at a time both the Expert mode and Casual modes are an immense help. Casual mode helps cut down on difficulty and makes battles much easier, allowing you to focus on the story. Expert mode offers a neat idea from the start and allows you to stockpile all experience into a bank. From there, you’re free to dole out that experience to your party, which I found a refreshing take on Hard mode.

A big concern for me is how much information you’ll need to keep in mind when shifting from exploring the Bionis to battling enemies. Even with the new UI overhaul, the number of things begging for your attention can be overwhelming at first. First, the day and night cycles and weather system are things to make note of, and in battles, there are a ton of things happening at once and if you in unprepared, you’ll likely be met with a game over screen. Luckily, the tutorials seem to do a good job of exploring the mechanics and systems powering the experience and the adjustments from the vanilla launch to the Switch make things manageable.

An issue for me is the game’s sidequest system – simply put, it’s got an overwhelming number of things to do in addition to the main quest. I remember feeling the weight of each quest on the 3DS, but the improvements here really do make a difference. Now, the maps offer better guidance and markers on where to go to get the items you need. Tapping ZR or down on the D-Pad brings up the sidequest menu and you’re able to choose which quests you want to pursue. Easier sidequests like hunting or killing monsters are completed upon defeating the bounty, some fetch quests follow this logic as well. Others, you’ll need to find the person who requested your help and deliver the goods to them.

Let’s get this sorted

Speaking of goods, the inventory system is a mess. Sorting through items, weapons, equipment is difficult, and that’s after the improved menus. While it isn’t frustrating, it is clearly a sore spot and something I’d sigh to myself about before ensuring everyone was well-equipped. If you want to sell items to make some coin, you don’t necessarily know which items to keep and which to sell. 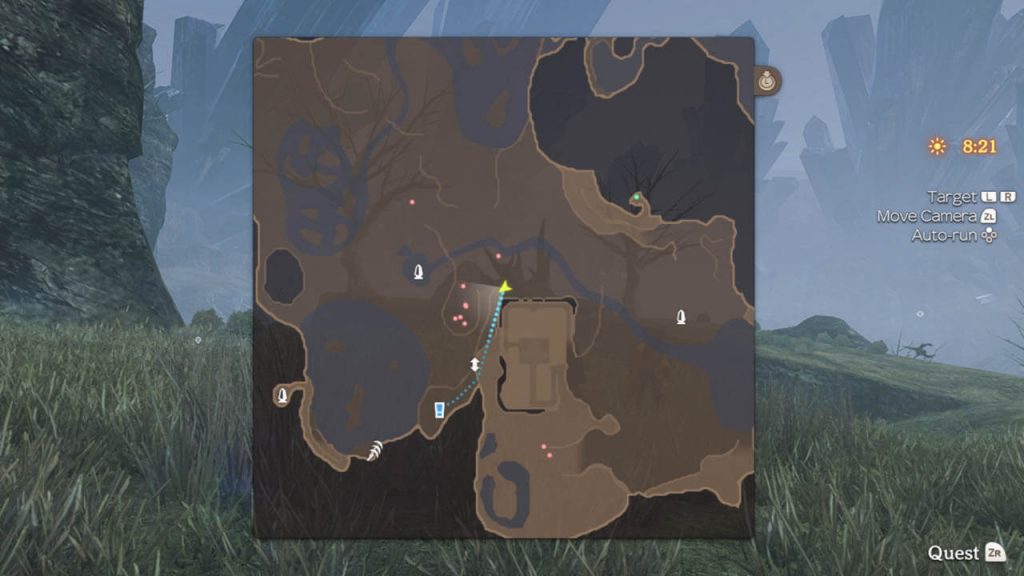 For those who’ve cleared the original Xenoblade Chronicles, the Definitive Edition includes an all-new epilogue section called Future Connected which takes place one year after the end of the main story. Playing through this is estimated to be anywhere from 10 – 15 hours depending on how much you do. What I noticed though, is that the extra campaign isn’t exactly necessary but the fact this takes place on the Bionis’ Shoulder is a nice treat. Joining Shulk is Melia and two Nopon named Kino and Nene, who round out the party in battle. Small things like Shulk’s ability to see the future no longer work here but if you’re clamouring for more content in this world, it’s certainly there for consumption. Sidequests help fill out the narrative and offer some insight to characters within the story. 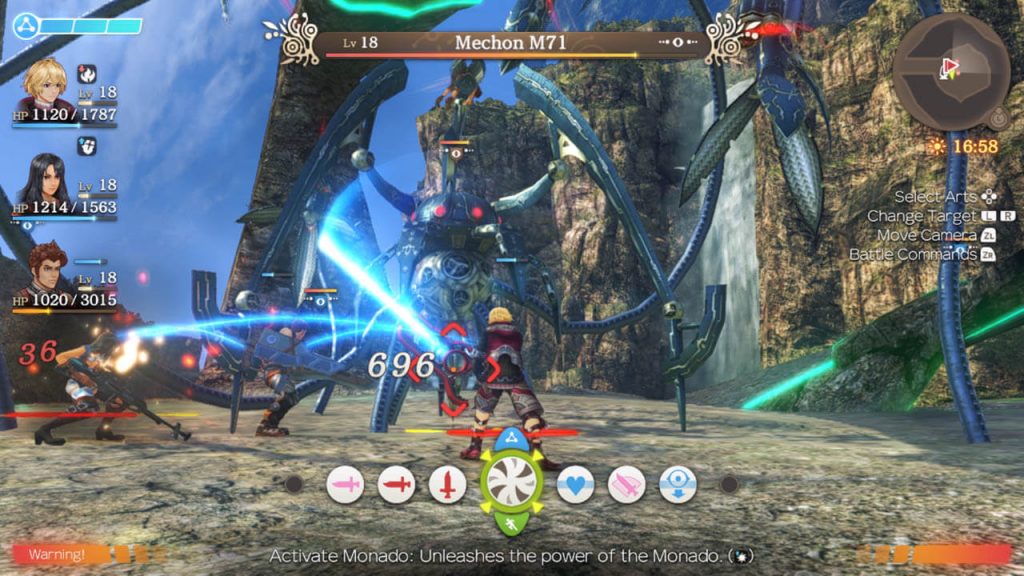 The biggest change is the Ponspectors which are basically a tool to use in combat. Split into red, blue, and yellow colours these Nopon are found throughout the Bionis’ Shoulder and replace Chain Attacks from the main story. Instead, Union Strikes serve as the go-to way to deliver massive damage to enemies serving as a decent replacement to Chain Attacks. If you’re someone who had Sharla or Reyn as part of your active group, they don’t really have much to do. This is a compact narrative that explores a new section of the Bionis and really, it’s all that is needed for the story being told here.

Three console generations later and Xenoblade Chronicles is the best it’s been thanks to the excellent quality of life improvement. There’s a reason people love this game and has since become a beloved title thanks to the excellent storyline, world, and characters. Nintendo is keen on flooding the Switch with some major JRPG titles from the past and honestly, this idea is working because all I want to do is consume games like Xenoblade Chronicles: Definitive Edition. While a bit dated at this point, if you missed out or never finished the original, now is the best time to add it to your library. All the small things, the new menus, the new character designs, the sweeping score is what makes this a definitive edition and as the saying goes, “Third time’s the charm.” This game is full of heart and you won’t find an experience like this anywhere but on the Nintendo Switch. 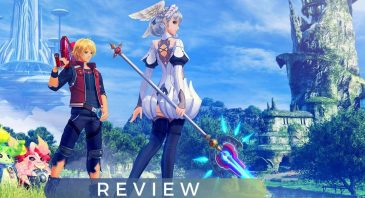 Xbox Series X Focuses On Compatibility With Thousands of Titles