If there is something that we must recognize, it is that the Nintendo Switch console has a large catalogue of video games and, above all, JRPGS.  The funniest thing about that is that you don’t even have to wait until you’re home to play it or waste network bandwidth at work or your smartphone’s network to stream it.

That said, I’m not here right now to extol the merits of the Nintendo Switch, although its advantages have helped me progress enormously on this big game I had to review in recent weeks. No, today I’m here to talk to you about the third title in the Xenoblade Chronicles part of the Xenoblade franchise and easily my favourite entry so far.

Xenoblade Chronicles 3 is a breathtaking, melancholic and much more serious story

As mentioned in our preview of the game, the story of Xenoblade Chronicles 3 is much darker than what Monolith Soft has previously delivered over the years. Forget the principle of the “power of friendship” as Rex, the protagonist of Xenoblade Chronicles 2, said so well. Instead, in Xenoblade Chronicles 3, you are dropped into a war between the factions of Reves and Agnus where the dead are piling up on top of each other. The reason for this endless war? These two great factions must kill each other in order to obtain the life energy of their victims to fill the vital dials. These dials allow the soldiers of the factions able to continue living and, who knows, perhaps manage to reach the venerable 10-year cycle, after which a ceremony is performed in their honour to allow them to pass into the afterlife. 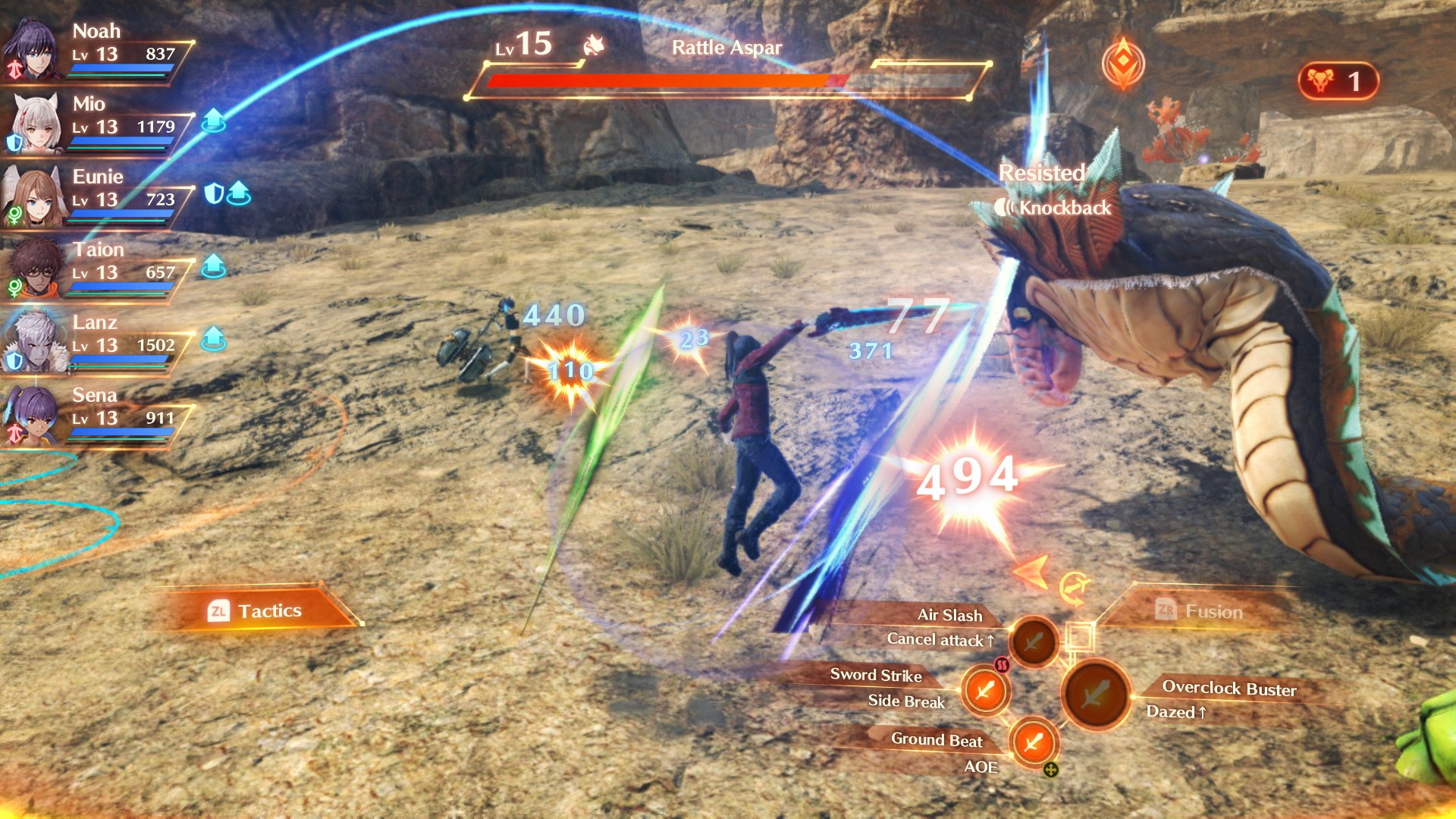 These beings, born in incubators, do not live more than 10 years and that, of course, is if they manage to live until they reach it! They are therefore trained for one single thing: to become soldiers and eliminate the opposing faction as much as possible before dying. As if that weren’t enough, the leader of your squad, Noah, is an off-seer who, despite this incessant war, has the difficult task of allowing the souls of fallen soldiers to be able to find peace and reach the afterworld, thanks to his flute. All this, set in a colourful universe marked by a spectacular soundtrack, unparalleled voice acting and equipped with an extremely well-developed, complex plot and, well, full of twists and turns — in short, it is easily the best of the Xenoblade series.

The game also makes it hard not to see the comparisons to last year’s Tales of Arise — another JRPG featuring opposing worlds at war with no real understanding of the overall situation unfolding. Both games provide a rather dark story as well, but there are also some shining moments that really make this game such a knockout entry.

Aionios, a vast place made up of immense landscapes and diverse fauna

The world of Aionios is very similar to what we have seen in previous games, gigantic areas where the different climates are reflected in their vegetation as well as the different creatures that roam there. The more you progress in throughout the campaign, the more you will be called upon to learn new abilities such as climbing steep cliffs, moving over rough terrain or even using old abandoned equipment to move faster between the different levels of each area.

Note that any contact with aggressive local wildlife or even enemy soldiers will trigger a fight at the location where you are located without loading time or anything. 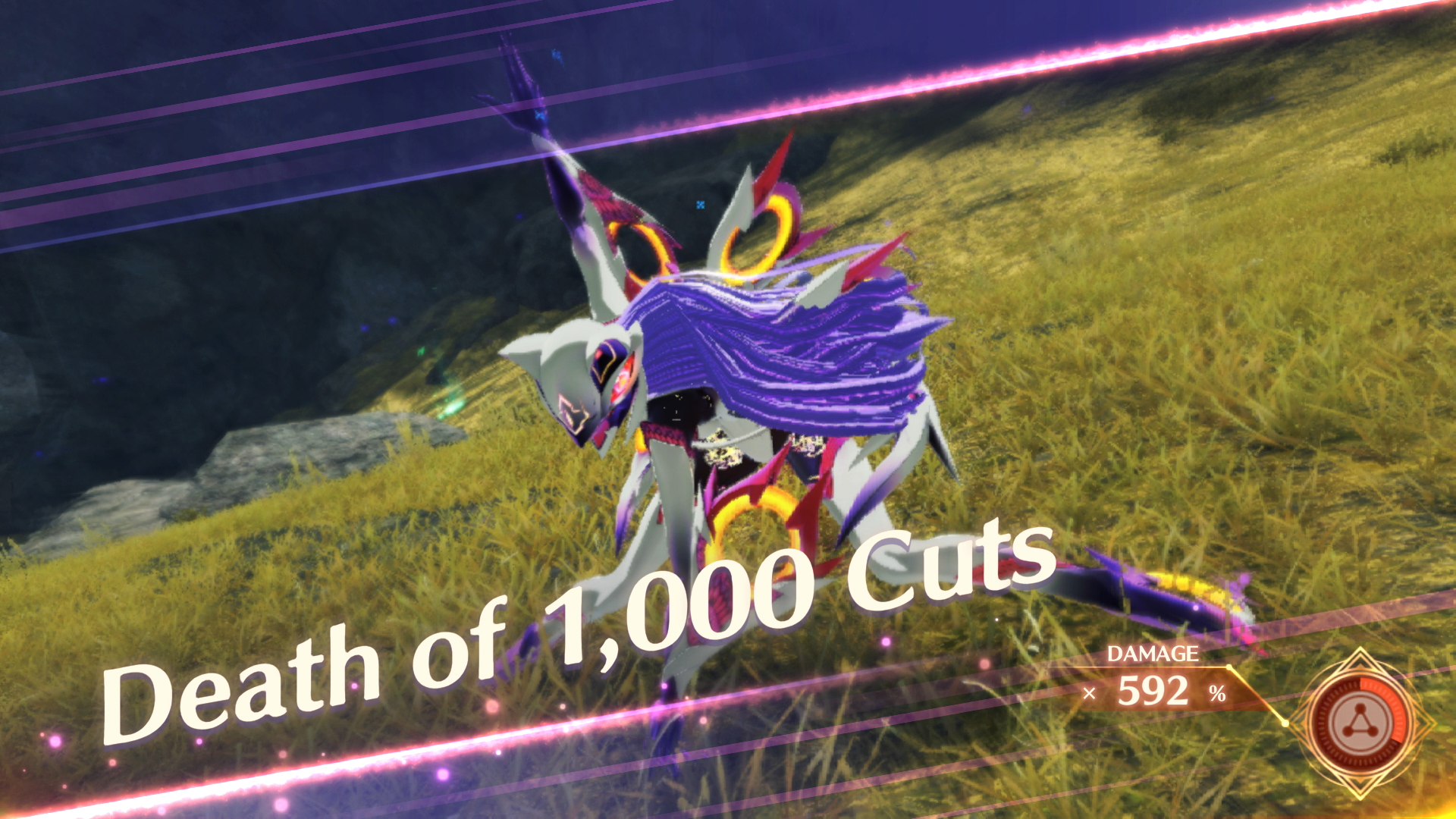 By the way, compared to all the other previous Xenoblade Chronicles games, there aren’t really any redundancies in the side quests, which means if you get one it’s bound to be worth completing and, ultimately, you won’t feel like you’ve spent your time hunting this or that creature, hoarding this or that resource, travelling from point A to point B and finally completing the quest at point A after only talking to an individual, etc. You will collect resources, some of which are needed for additional quests, but you can submit them without even having to go to the location of the NPC in question. You will thus obtain experience, faction reputation points as well as, at times, accessories to wear.

For those who have never played Final Fantasy VII Remake, here is the slight resemblance between the two games. For the first time ever, you can now freely control your party in battle and on the world map.  During these automated attacks, you have arts that accumulate an action gauge which, when filled, will allow you to use them. Once used, the gauge will drop back to zero and start accumulating again with each hit made. You will have to be careful, however, because certain arts require you to be behind or on the flank of your enemy to inflict maximum damage or even certain penalties. 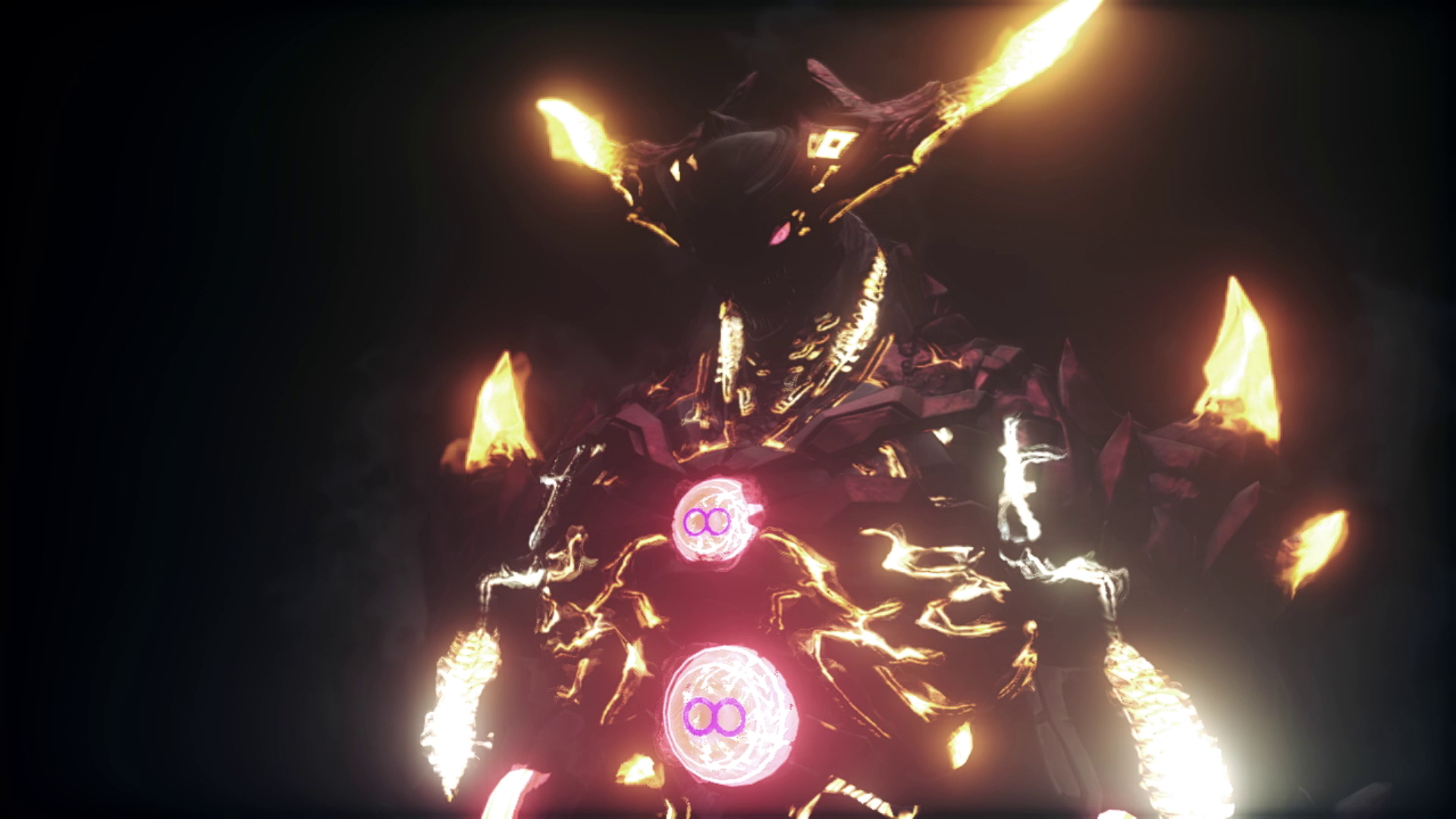 Where it will all become very different, later on, is the fact that you have the ability to daze, knock down, or even catapult your attackers into the air, allowing you to deal more damage without having to worry about being attacked in return. In addition, you will also have additional techniques that you can combine with your basic skills, allowing you to inflict more damage. Finally, you will also have an ultimate skill which can be used less frequently but which will be very advantageous. 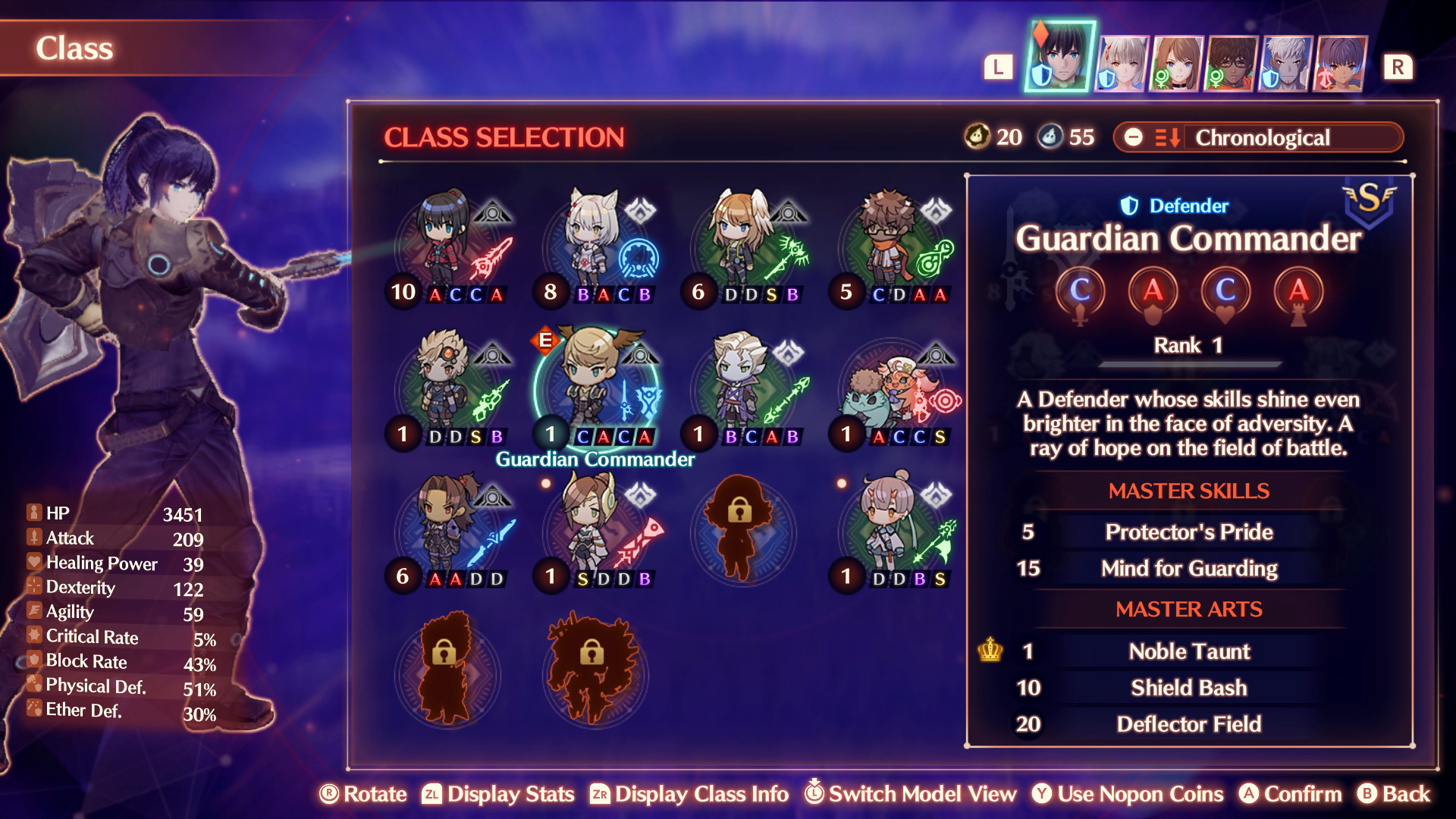 Once you have mastered this fighting style, you will also learn the use of Ouroboros, this fusion between two members of your team thanks to the Interlink, which will transform you into a powerful creature for a few moments and, last of all, sequences that will allow you to perform powerful combos by combining the attack of several of your members in succession, inflicting hundreds of thousands of damage at times.

Your characters will also be able to evolve according to different classes that fall into three distinct categories: attackers, protectors and healers. Initially, you’ll start with six classes, and along your journey you’ll meet heroes who will teach you their personal classes, allowing you to master over twenty of them. 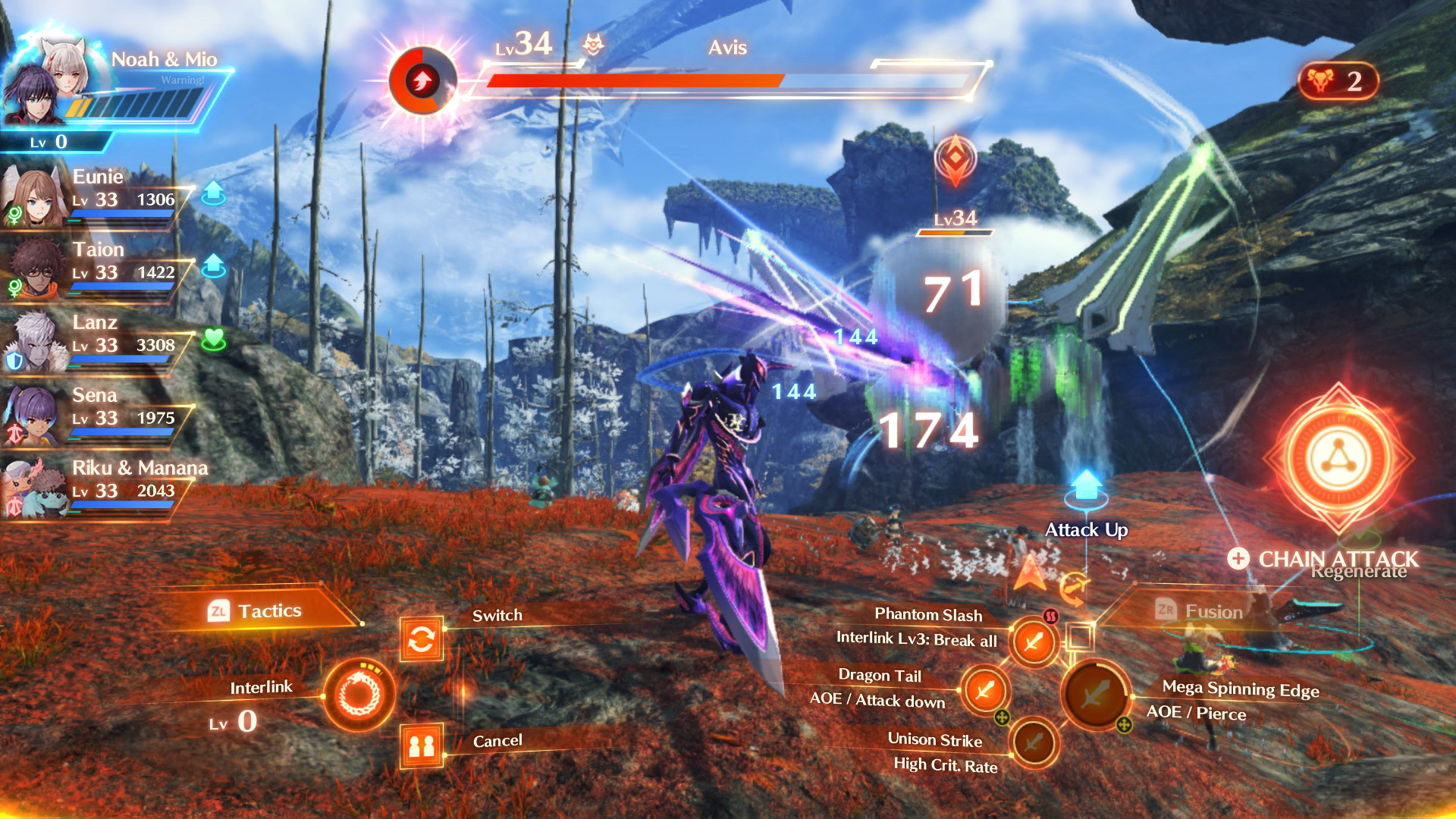 I tend to keep my reviews spoiler-free to maintain the respect of the reader. It should be mentioned that throughout the time you’ll spend with Noah, Lanz, Eunie, Mio, Taion and Sena, with their heterogeneous personalities, will be totally messed around and turned upside down by a very large event that will completely change their perception of life from every angle as well as the very principles of their existence.

I came away from Xenoblade Chronicles 3 with a lot of respect for the core cast of the game. While I’ll have a special place for Shulk and his friends, Noah’s team pads out the other main casts thanks to the excellent writing and chemistry the voice actors have provided this go-around. 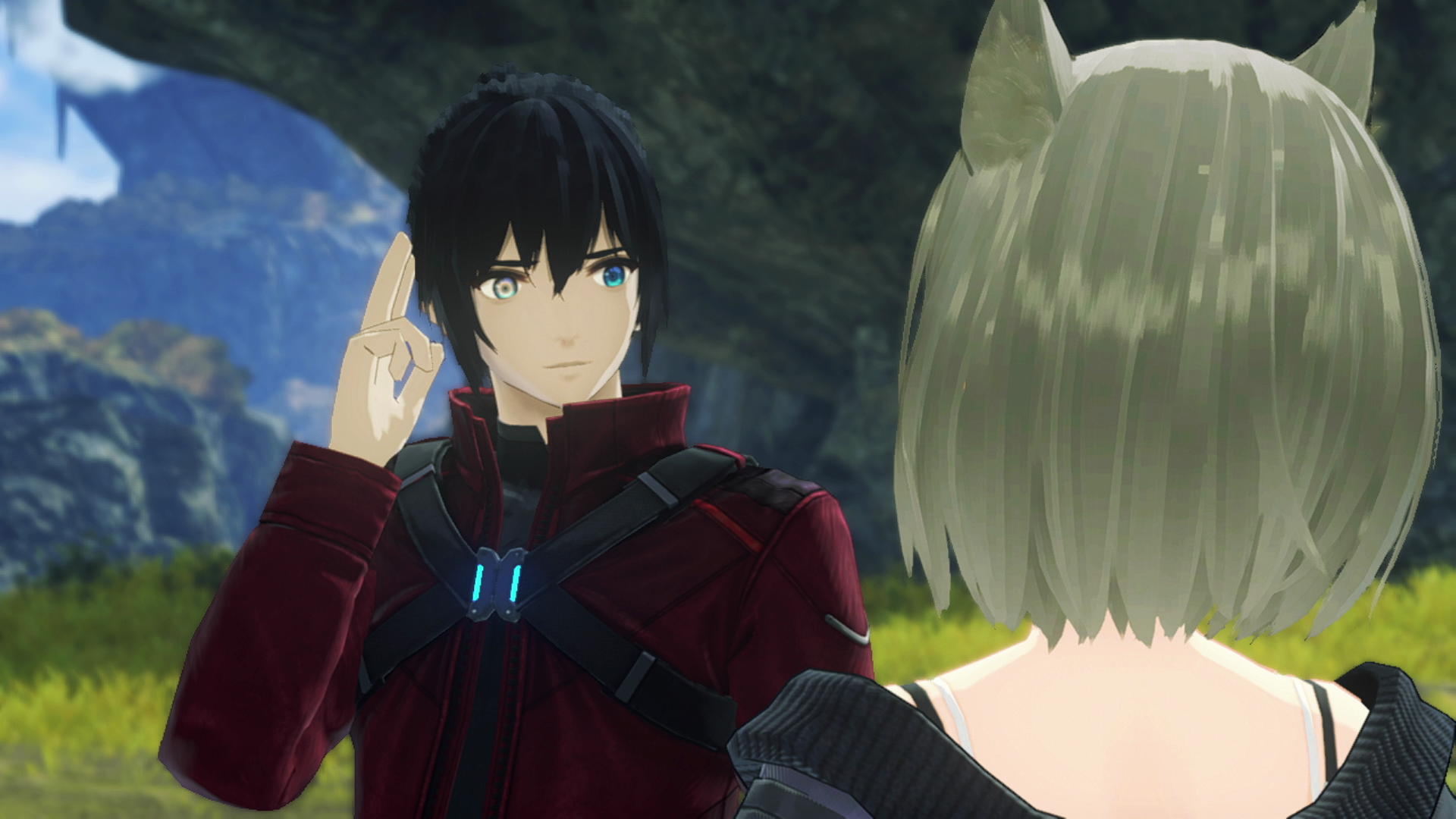 One final note to make mention of given that the Xenoblade Chronicles series has sometimes graphically suffered on Switch. Playing a split handheld/tabletop combination across my review period the resolution took a mild hit in performance but the character fidelity, world, and effects are excellent. It’s taken Monolith Soft three attempts to unlock the power of the game’s engine. Nothing looks as bad as Xenoblade Chronicles 2 did at launch and most of the character personalities shine through thanks to the engine.

Xenoblade Chronicles 3 has melded the best bits of the two previous mainline entries and crafted a meticulously adept third entry. Everything about this game is a step above and a leap forward for fans to really dive into. The combat is deep and immensely satisfying, the new Ouroboros mechanic and Interlinking is one of the coolest things you can do with your party to feel unstoppable.