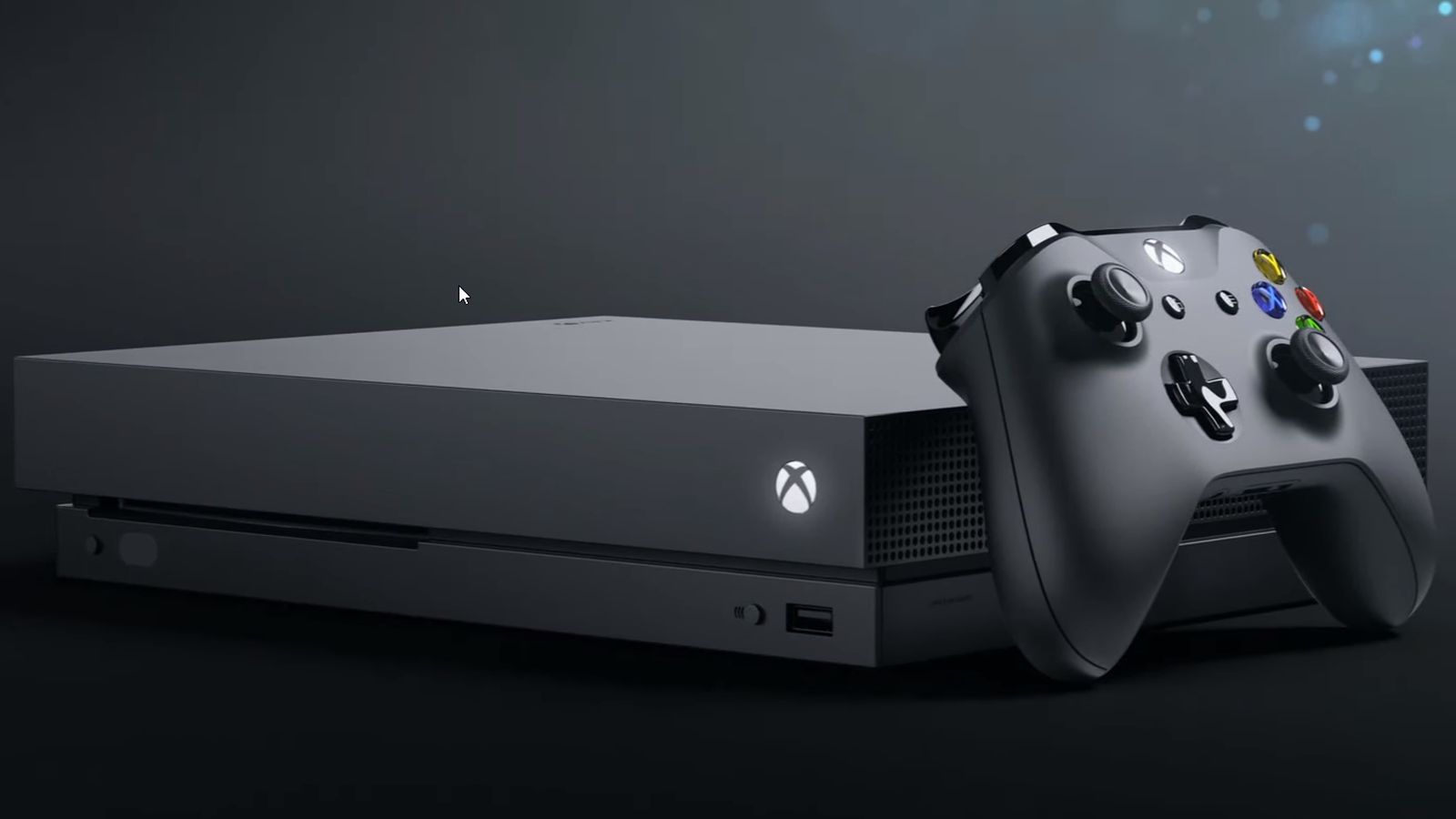 The Xbox One X release is not just another console launch for Xbox but also confirms that 4K gaming is here to stay. Some may think Microsoft is entering 4K territory late in the game. Since PlayStation released their 4K hardware (PlayStation Pro) almost a year ago and PC gamers have had that option available for a couple years now; but I think Xbox One X is a product of perfect timing. It’s clear that Xbox used their time under the radar to observe their competitors and listen to gamers’ feedback to develop the One X; the most powerful console experience. In addition it also gives PC gamers another viable option to play. That’s great, but what about those that don’t have a 4K TV, is the Xbox One X worth it?

Xbox claims that the Xbox One X is the most powerfully console ever made and after spending time with it I can say their claims are valid, even if you haven’t made the switch to 4K. To make it clear my time with the hardware was one that was mostly spent without a 4K TV and I can still say the console is worth your money, depending of a couple things. To understand if the console is right for you then you must have a decent knowledge of what it can offer. When you unbox the console you can expect:

The Xbox One X’s design is very simple, a black matte box with some textured surfaces. Since Xbox’s reveal of the console people have been criticizing the look of it for being ugly or too plain. Having the chance to hold it in my hands and see it in person I have to say that I do like minimalist design. The black matte brings a sophisticated style to it, although it does attract fingerprints and smudges easily. At the sides and bottom of it there is some texturing, similar to what you find on the One S, that serves as ventilation for the system. As well as the signature “Hello, from Seattle – Xbox One X” message printed on one of the sides.

When you pick up the console you’ll notice the significantly heavier weight of it compared to the One S. The Xbox One X is 8.4 pounds that’s about two pounds heavier than the One S but don’t let that be misunderstood as “clunky”. Despite the weight the One X is a tad smaller, in dimensions, than the One S. It’s surprising that Xbox was able to make the One X so dense, showing that they really did utilize every ounce of space inside of it. Given the sturdiness of the One X you stand it on its side, preferably with the optional vertical stand, but it does hold even without it. However if you choose to position your Xbox One X like this you should know that you will be blocking one of the vents for the system.

The muscle that Xbox boast about can also be seen in the tech specs of the Xbox One X:

Sometimes when you purchase a new console it can be an upsetting experience when transferring your data from one console to the other. I can see Xbox understood that frustration and tried to make the setup process as painless as possible. When I booted the Xbox One X for the first time I was blown away by the simplicity of setting it up. If you have the Xbox One S you can just plug it out and then plug in the One X. Unlike the Original Xbox One they both use the same cables. If you’re upgrading from the OG Xbox One then you can use the same cables, except your power cable which you will need trade for the “brickless” one from the One X. You will have to download a day-one update and I’d suggest at the same time download the One X’s enhanced patches, to make sure you’re playing games at their best from the start.

If you’re moving over your apps and games from your previous console I suggest using an external hard drive to transfer the data. You can also keep it in the console and play your games directly off the drive. Or you can connect your old console and new console to your home network and transfer that way, I don’t recommend this. Transferring your data through network can take more time, depending on connectivity and the amount of data you have to transfer. I would also suggest keeping a spare external hard drive handy. The console is only 1 TB and when you’re installing games and patches the console’s space tends to fill up quickly. Once I completed my transfers I was ready to jump in. It is important to note that not all games will be “enhanced” or in 4K on the system, as that decision is left to the developers. Developers decide which games they want to update or build specifically to take advantage of the Xbox One X capabilities. This also means that not all enhanced titles will be 4K or HDR, again due to developer’s choice. Despite that, Xbox is making it very easy to know which titles are enhanced. They provide a website that has a full list of games that are enhanced and new logos that will be shown on games’ covers to indicate they are Xbox One X Enhanced, 4K Ultra HD or HDR. Although Xbox plans to have one hundred titles enhanced on the One X it will happen over time and that can make the library of enhanced titles limiting, especially for the amount of newer titles available.

Again, my experience playing the Xbox One X was mostly on a 1080p TV. Meaning I was mostly dependent on the Xbox One X’s supersampling to deliver graphic enhancements. Supersampling uses the power of the console to process images at a higher resolution, pretty much meaning it’s scaling down display resolution to fit 1080p, while reducing any “jaggies” and creating a smoother look.

It only took me a few minutes with the console to be completely be shocked by its performance. Even clicking through the set up screens I could notice the different look and faster response of the One X. The real test was when gaming. Even though Gears of War 4 is an older game I had a great time jumping back in when I saw the enhancements. I was a bit skeptical with how the enhancements would look in gameplay but everything looked more detail, crisper and smoother. This made every moment fighting off hordes feel like a new experienced. Although Gears showed the capability of the system it was really Assassin’s Creed Origins that wowed me. Given the games already breathtaking environments it was a completely different experience seeing it enhanced. The colours looked vibrant and the characters had noticeably more detail and definition. The game looked even more beautiful than before.

After a few days with the Xbox One X I became more curious with 4K gaming on the console and convinced my friend to let me test it out on their 4K TV. The first game I jumped in to was with Assassin’s Creed Origins, I didn’t think I’d be even more blown away but I was. Again the colours popped but more than before and that brought the landscapes of Egypt closer to reality. Running on roof tops and during battle I found myself more aware of the 4K graphics. On my 1080p TV the improved graphics were more noticeable in cut scenes. I also quickly tested Forza Motorsport 7 in 4K and almost lost my mind. The weather graphics in the game that already looked amazing on my previous Xbox, looked phenomenal on the One X. If it wasn’t for my friend telling me to go home I could have continued playing these titles in 4K for hours.

Aside from the graphics and the smoother gameplay it was great to see the Xbox One X’s performance holds up. While spending many hours with the console it was very quite throughout playing, no matter what title I ran and even in 4K. While watching Planet Earth II and trying the 4K UHD Blu-ray it continued to hold up no problem. It also maintained a cool temperature, putting my concerns of overheating at ease.

Overall the Xbox One X is without a doubt the most powerful console and with the Xbox’s Crossplay it can be an affordable solution for PC gamers that want 4K. With Xbox now officially in the 4K gaming market it’s no secret that 4K gaming is the future. If you’re interested in getting the best visual experience in console gaming than the Xbox One X is the perfect hardware to deliver a smooth experience. Even though the enhanced, 4K and HDR capable games are limited right now, Xbox already is indicating what titles to expect in the future.

So to answer your question, should you upgrade? Is the Xbox One X worth it? For those that haven’t upgraded to 4K gaming, looking up videos of the Xbox One X’s 4K gameplay will make you want to. However, understandably it may be outside your budget to do that so to that I say you have two options. If you are currently playing on an original Xbox One, then Xbox One X is a great investment even without the 4K capability. You will see vast improvement in graphics, won’t have to worry about the power brick and will future proof yourself, so when you’re ready to upgrade you can. If you’re already gaming on an Xbox One S, then you can wait but given the direction that 4K is going, you’ll probably have to upgrade a couple years from now.

Disclaimer: The Xbox One X and games were given for review purposes by Xbox Canada. Our opinions are our own.