Windjammers has been around for a long, long time and sits alongside Mutant Football League and Super Dodge Ball as some of the earliest memories I have of video games. In 2017, the series was brought back to life on consoles. Now, thanks to Dotemu and some seriously dedicated super fans, the series returns to toss some power discs your way.

Windjammers is a sports arcade title where you face off against an opponent and try to shoot a disc at your opponent’s goal in hopes to earn points. Having played the original, I can confirm that it is described as fast-paced and addictive are true and the game offers an easy to play but hard to master mechanic that will have you coming back for one more round.

Windjammers 2 has a ton of surprises up its sleeve

In Windjammers 2, two players battle it out by hurtling power discs against each other. The goal is to defend your own goal while simultaneously trying to score points by putting the power disc in your opponent’s net. Players will have access to several types of throws including a curve, a lob, a straight shot and so on. Each player’s net is coloured coated to differentiate the points you can earn by scoring — yellow nets you three points and red nets your five points. The first player to score 15 points will win and you’ll need to win two sets to defeat your opponent. 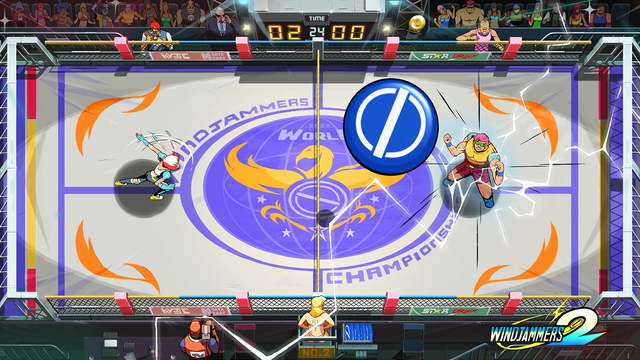 A lot of what made the first Windjammers so endearing lives on in the sequel with Dotemu adding new characters to shake up the roster. Not only are there new characters but new rules that shake the formula up with some success.

Each athlete on the 10-person roster has their own special shots and super moves and you can launch special attacks by timing a button press correctly. For example, if you and I are playing and I happen to move to the power disc in the air and press square, I can hit you with a slapshot which sends the power disc hurtling to your side of the net — if you aren’t fast enough to counter it, I’ll earn points. Or if you’re keen on trying a drop shot against me, who sometimes prefers to keep the backend of the court defended, I’ll be left wide open on the front half of the court and you’ll score easy points against me. 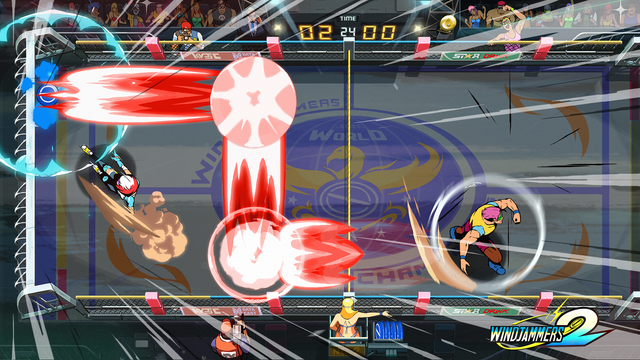 We haven’t even gotten into super moves each player can utilize against their opponents. Each player has a unique special move that can easily turn the tide in a match. Players can toss the power disc upwards to initiate a super move — like a fire-equipped power disc that barrels into your opponent’s net or a super spin and even a super lob ability to really impress your opponent.

Making its debut is the new special meter that sits builds up throughout the match. Each character on the roster has their own special shot available when used and it can be a flashy, impressive spike against your opponent — one that will earn you definitive points. What I’ve come to appreciate about Windjammers 2 is how easy it is to pick up and play but its also hard to master. I wasn’t able to test the game out online but a local match was in the cards and I can say that with a friend or two, Windjammers 2 will keep you and your friends entertained. 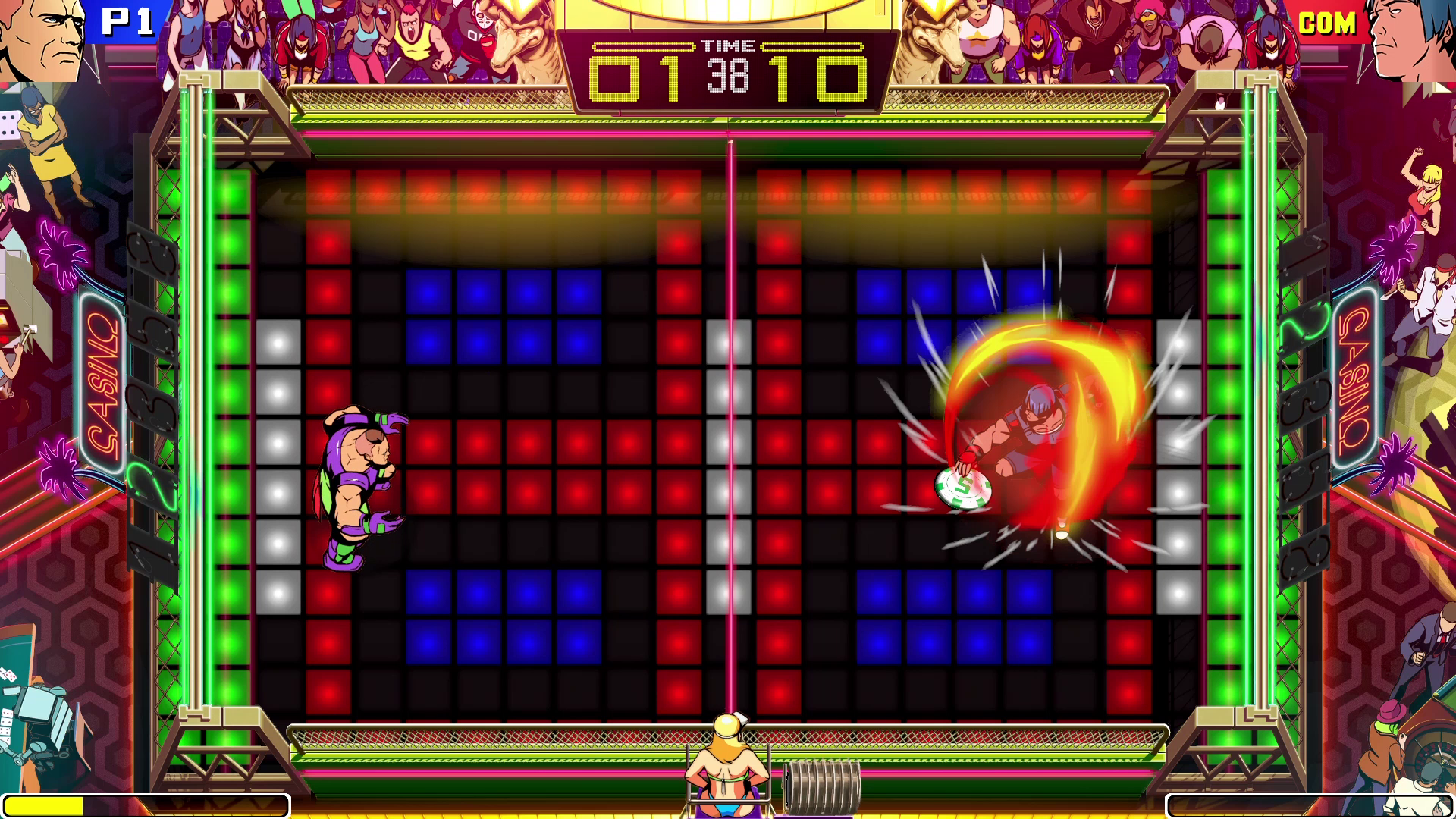 I do have some gripes with Windjammers 2, especially as a solo player. There’s a focus on online play the moment you enter the main menu and I’m nowhere near ready to tackle the dedicated diehard Windjammers players online. I’d have liked a more in-depth training stage so I can practice to my heart’s content and have had something akin what you find in Street Fighter, with inputs on-screen to help train the player. Instead, you’re given a series of images explaining the basics of offensive and defensive moves before being shuffled off to the main menu. I understand this may not be a difficult game but the mastery of the mechanics is why the series is what makes it so endearing to fans.

Without a dedicated training mode, I found myself in Arcade Mode for much of my time with Windjammers 2. I would randomize my character and arena and then do my best to try to grasp what could be done with each character. However, the AI is adept at combating you and you’ll find yourself sometimes having to use a continue to move forward. I’m impressed by how intuitive the AI can be, especially on Easy where I began my journey before moving to Normal. 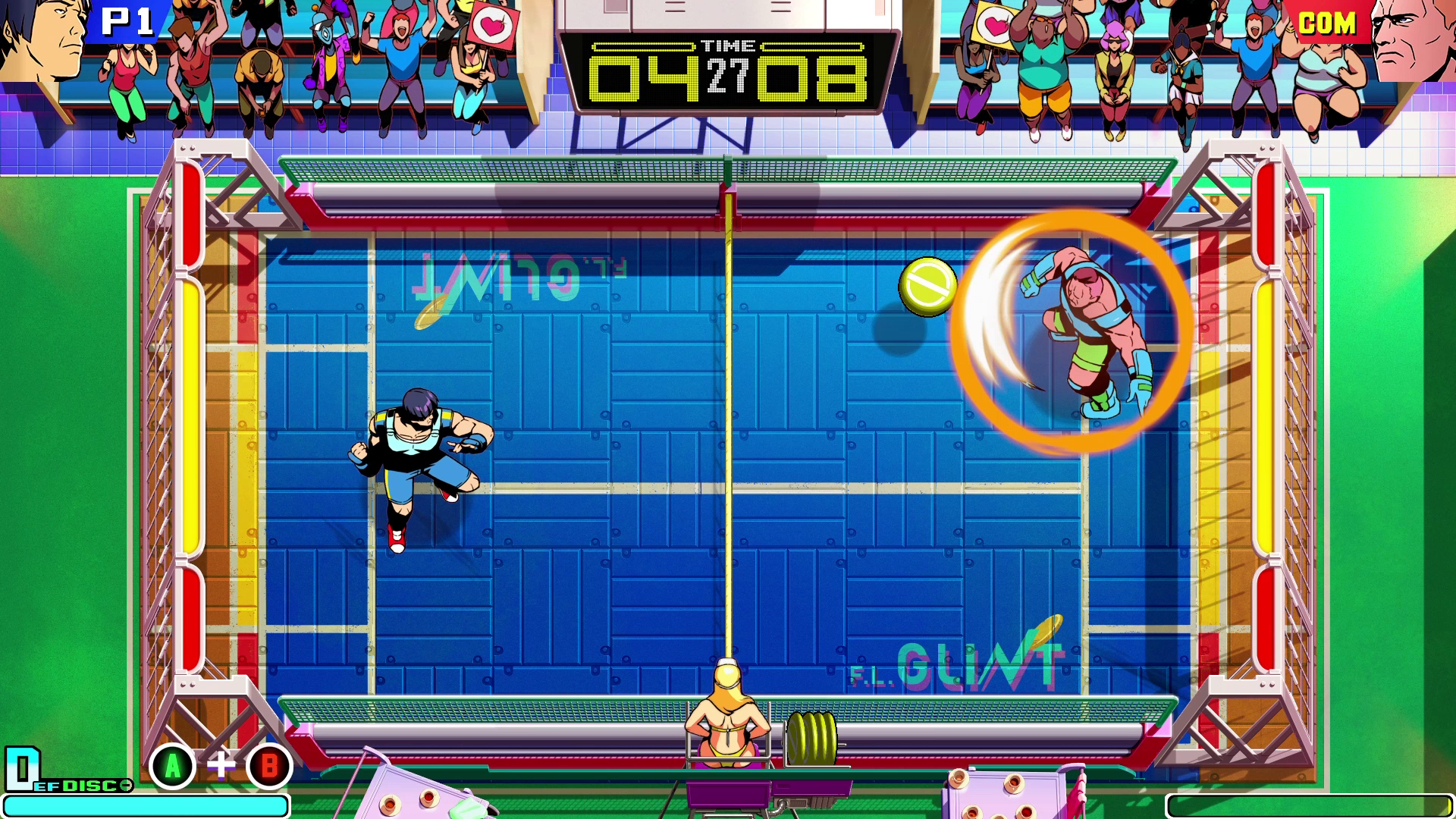 Windjammers 2 is a commendable sequel that smartly evolves the formula. While newcomers might be overwhelmed out of the gate, those familiar with the Neo Geo classic will find a lot to love with what Dotemu has delivered. Brimming with tons of action, a bigger roster, new moves and abilities, Windjammers 2 is a solid return for the series that could very well have a place in the competitive space in the future thanks to the care and adoration the developers delivered.