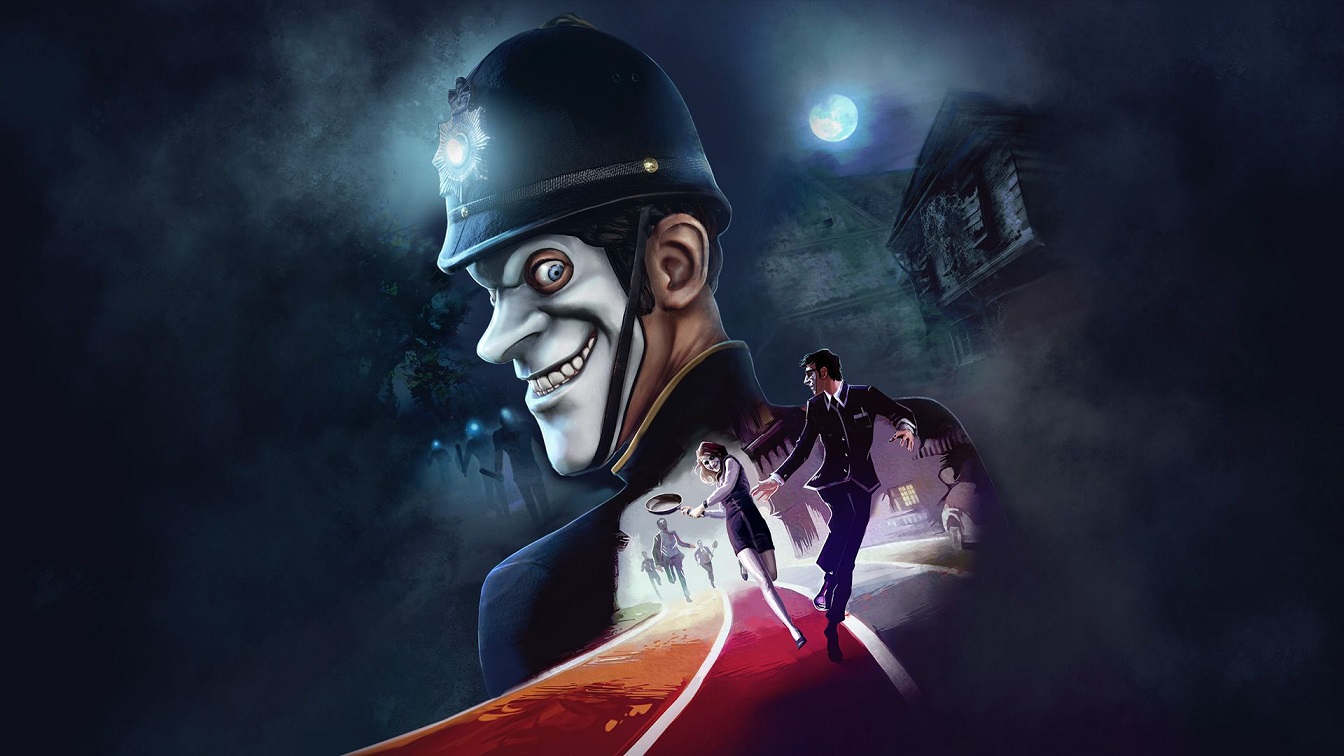 We Happy Few is the result of a successful Kickstarter campaign that was funded by 7,433 supporters who invested in the creative vision of Compulsion Games to develop a gaming experience that showcases the creepily depicted and dystopian Wellington Wells.

We Happy Few is an action-adventure title that encompasses elements of survival and role-playing genres to create an experience that puts the player into the predicament of escaping from an English town that has become over reliant on taking a hallucinogenic pill called Joy that places every taker into a state of complete blissfulness and to rid them of the terrible horrors that were endured during World War II. This course of action has slowly lead to the collapse of society and the populace’s transition to mindless robots who are easily manipulated and lack emotion and a sense of purpose. An individual is identified and influenced through their life experiences and memories, so willingly taking a pill to remove your memories is essentially dismantling your own identity. These memories, good or bad, are the building blocks of an individual that also defines their personality and existence. Joy is their solution to forgetting painful memories, but at what cost? There are three stories to tell, each through the eyes of an individual who is looking to escape, mentally and physically, from the prison that they have found themselves stuck within. Each story of these three characters unfolds before us by completing quests that progress the story by uncovering their past and troubles, to the timely success of attaining a sense of happiness without the need to rely on a drug. Accompanied by these main storyline quests are also side quests that introduce us to various districts and characters that inhabit the world of We Happy Few. However, the majority of quests presented felt dull as tasks normally involved retrieving items for people before they are willing to help you on your journey. Each district also has a quest where you must uncover a hatch that can be utilized as a safe haven to recover health, store items, fast-travel to other hatches, and craft.

The crafting system features a multitude of items that you can create such as weapons, healing items, and clothing. It can seem overwhelming at first glance, but it falls into place rather quickly when you start gathering plants to craft healing balms. We Happy Few also provides you with the necessary items to craft and proceed such as having bobby pins near when it is essential to lockpick a door, or a pry bar will be beside a vent that needs to be forced open. It should not be this easy to overcome certain obstacles as it never felt as if your actions were an accomplishment as everything is simply presented before you. Combat never finds a balanced implementation within We Happy Few as it continually feels sluggish and as if it’s weighted on both ends of the spectrum. It’s either too difficult when a mob of enemies overwhelm you upon detection, or too easy when you are against a single opponent. Raising the curiosity of citizens through suspicious activity or being identified as a downer in public results in kicking the hornet’s nest as every individual will come running to remove you from their perfect and compliant society. Weapons also show that they can break over an extended use of time, but they never did. They should only last for a limited amount of strikes, which would then shift the focus more on the scavenging and crafting system to continually replenish your arsenal.

There is also a stealth element featured within We Happy Few as you are constantly trying to avoid detection. You can throw objects to distract and lure them off your path or subdue them from behind. Conforming to society also meant to be seen on Joy during the day and wearing the proper attire of the district, or you would draw unwanted attention. A curfew takes place at night so extra care is needed as your detection will result in alarms being raised. Enemy artificial intelligence is on the lower end of the scale as they are easily distracted and will run over to the cause of disturbance and stare at the area while you take your time and pass by. The ability to see enemy footsteps through walls was beneficial to time your movements, but it still did not improve the overall stealth elements. Stealth gameplay mechanics do not feel as polished as it should. There should be several outcomes to being spotted at night such as being detained for a short duration of the day, losing an item or two, or paying a fee as currency never really had an impact on the experience, and then being dosed with Joy and thrown back onto the streets. We Happy Few never feels sure if it wanted to focus more on combat or stealth mechanics. Completing quests will grant you skill points that can be utilized to unlock skills that can give you more health, make your melee attacks stronger, and carry more loot. Unlocking certain skills will almost completely remove the stealth mechanics as enemies will pay no attention to you during the day or night. Once unlocked, you will be able to run and jump around Joy-filled inhabitants without arousing any suspicion.

The artistic presentation is the most notable aspect of the We Happy Few experience. Each district showcases a colourful joyous landscape that citizens can be seen strolling about, with the exception of the garden district where citizens who do not take their Joy go to live a difficult life. The alteration of colours and music from when you are on Joy to when you are not greatly adds to the experience that Compulsion Games set out to create. The voice acting throughout also felt polished and was a pleasure to listen to as every conversation featured warranted attention.

Several technical issues also that took place while playing We Happy Few. It occurred more than once where an enemy intended to patrol an area would take a few steps and then teleport back to its original position and then the process would repeat indefinitely. Objects were discovered floating and arriving at the newsroom revealed a staff of reporters who were typing in a seated position mid-air. There were also audio issues, specifically with flashback sequences that were always out of sync. Hopefully these technical issues will be corrected in the near future with patches. We Happy Few features public booths where citizens are able to access and acquire a Joy pill when its effects begin to wear off. These booths house three different flavours: chocolate, vanilla, and strawberry. However, upon entering you are automatically given a strawberry Joy pill. A welcoming addition would be the choice of what flavor of Joy to take, each with their own positive attributes such as one making you physically stronger, quieter, or being able to carry more loot. This is definitely worth exploring for future releases as it would greatly enhance the overall experience.

We Happy Few has some great gameplay features coupled with several aspects to be improved upon. It showcases a great potential for expanding upon and working on perfecting the vision of the franchise in the future. A focus on creating more unique quests and refining the combat and stealth gameplay mechanics would also create a more rewarding experience. That being said, this package does fall short of our expectations, but it is still worth playing for the creative story and stunning visuals. Some players may have to look elsewhere for their daily dose of happiness.