Google pulling the plug on Stadia meant some publishers would see their work sink with the ship. It’s a bad situation and one that Google could have prevented if it provided the time and resources needed to make a mark in the games industry. Unfortunately, some games will be left behind on Stadia given that they were developed exclusively for the platform. Thankfully, Wavetale from Thunderful Games and Zoink Games has been able to transition away and land on consoles and PC.

Through setting and visuals, Wavetale reminded me a little of Submerged at first. Wavetale is also set in a flooded world and places some emphasis on its exploration but is a much more action-packed platformer with some combat along the way.

What is important to mention, however, is that Wavetale’s gameplay is simple. The fights as well as the jumps demand very little from you, and even if something goes wrong, the game quickly forgives you for it. Don’t take that as a knock against the developer because it isn’t — instead, it’s honestly one of the more refreshing things about playing Wavetale. Some nights I simply want to play something that doesn’t require a ton from me and this is exactly what I found in my six-hour playthrough. Wavetale is at its best when it gives you the opportunity to explore this world, one mired in disaster. A catastrophe for which man once again blames everything and everyone and longs for normality again. The game teaches in an impressive and sympathetic way that this “normal” does not exist objectively and that one should not rely on everything falling into one’s lap.

Furthermore, Wavetale builds up a very dense game world with many sympathetic characters in the four to five hours of playing time. The side quests are simple and hardly go beyond fetch quests, whereby the objects to be found are usually hidden in the immediate vicinity. There could have been more here because Wavetale sometimes drifts a little too much into rushing from one quest goal to the next, even though the game world has more potential. This is mainly because a sketch of the previous world is skillfully drawn along the way. Apples, for example, Sigrid has never seen but knows what they are through her grandma. Grandma also remembers other things that once were, like the best bakery in town, which has long since fallen victim to the floods. For the exploration of the world, it would have been even more exciting to find more traces of this same old world.

I find the overall game experience completely relaxing. Wavetale is a generally wholesome experience. Given the nature of the world, this is surprising to me. Of course, this is partly due to the very moderate difficulty level I mentioned earlier. Another part is that Sigrid’s only weapon is a net, so the variety in the fights is very limited – there’s not much more than hitting it. 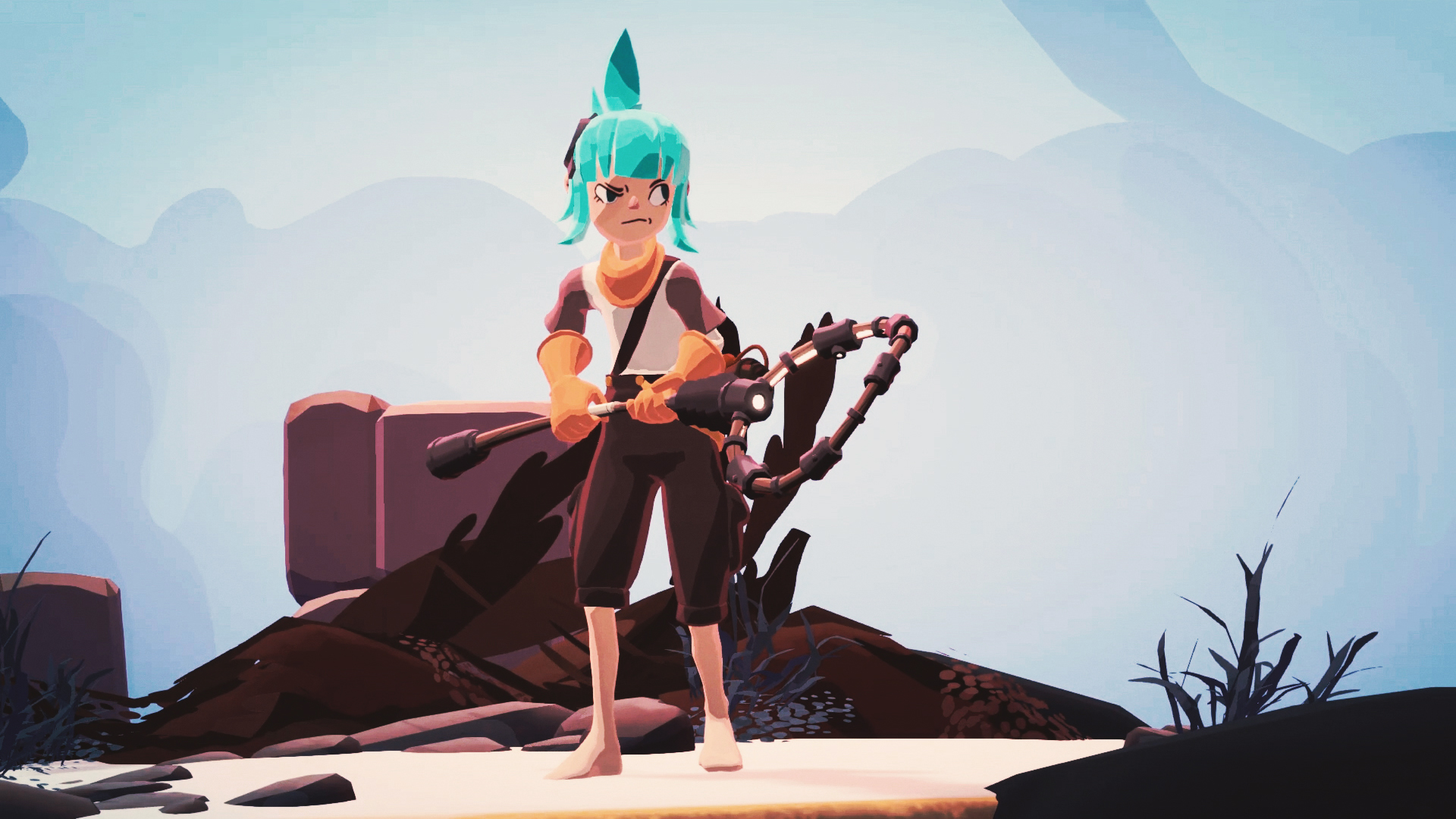 But the central element of exploring is also very relaxing because Sigrid can walk out of the darkness on the water through her personal shadow and glide directly through the waves so that you are not tied to your boat. You hardly have to reckon with dangers here either and it’s just super relaxing to surf to the next mission target while enjoying the view. Despite its speed, the gameplay is mostly easy to handle and tests your skills. The most challenging parts of Wavetale are a couple of courses with time limits, created for Sigrid by one of the other teenage characters. The fourth challenge of these is a real challenge so it took me several successes to achieve success here.

Regarding combat, there are both heavy and light attacks to deal with enemies you’ll encounter but it isn’t the main focus of Wavetale. I’d even describe it as unnecessary and feel as if the entire experience would have been better if the developer focused on the exploration aspect. Fights feel shoehorned in and take away from the better mechanics you’ll deal with throughout the campaign. 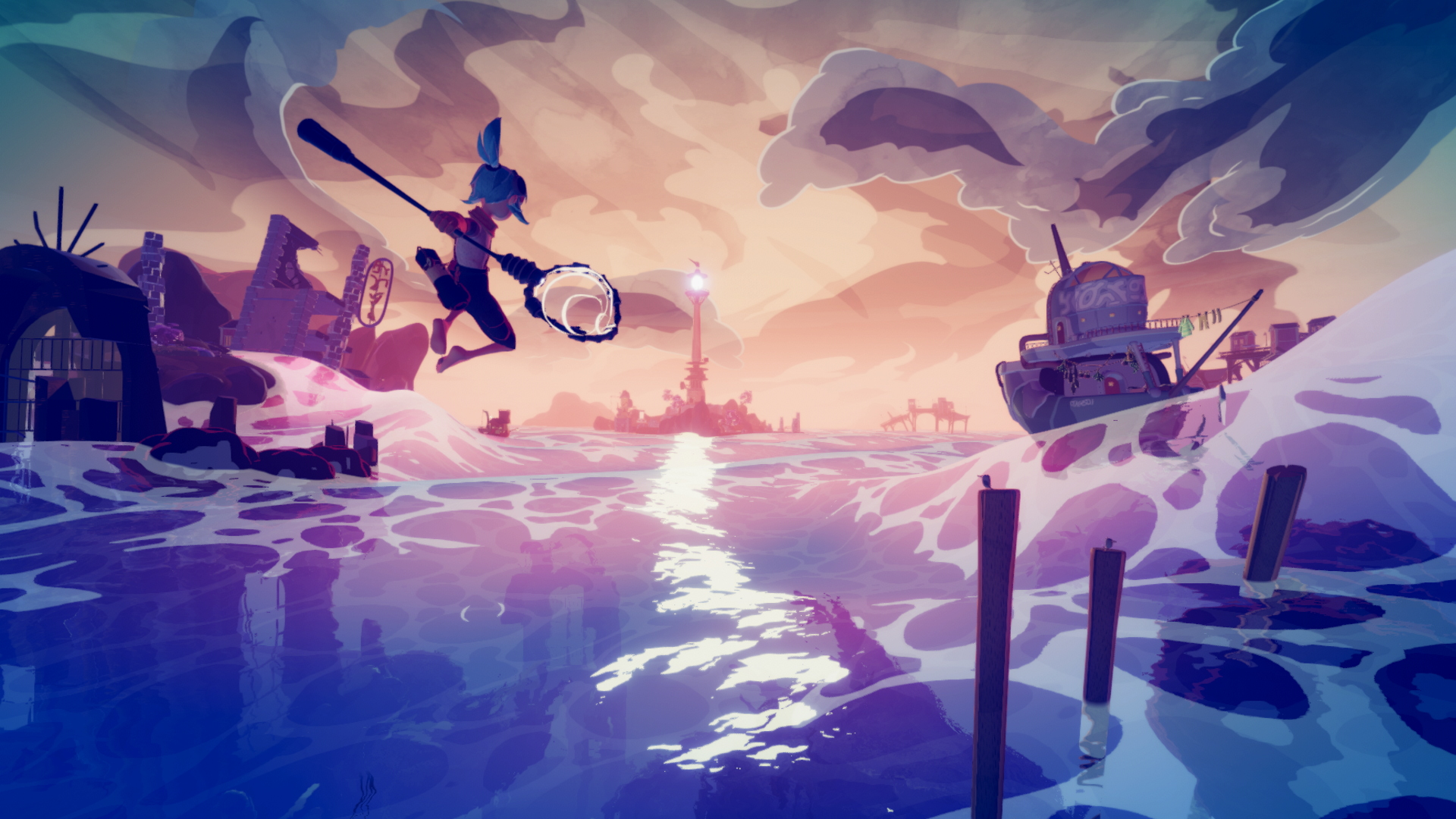 Wavetale started out as a Stadia exclusive but thankfully it’s no longer left to sink on Google’s defunct platform. Instead, this short but engaging experience is available to all now and it features some gorgeous visuals, engaging characters, and a lot of heart. If anything, Wavetale is what I consider a perfect palette cleanse — something to whet your appetite with between those bigger triple-A titles that take up more time than is often necessary.