I grew up in a time when taking after-school classes in C++ or Java programming was THE THING to do if you were a computer nerd (like me). While I never latched on to the coding world at the time, I wish I had the patience to follow through. I love games; their ideas, creativity, and straight-up fun that comes along with them. Video Game Fables feel like the kind of game you cook up in your mind during one of those classes and hope to one day make a reality. This is an RPG chock-full of charm, unique gameplay, and art styles that only a select few small developers can pull off.

It’s hard to imagine Momiji Studios is made up of a solo developer. What he was able to put together in Video Game Fables is quite staggering, and that begins with the story and characters. Each one has its own background and witty dialogue, and there is A LOT of it to begin the game. That’s not uncommon for RPGs, but it’s never really been my vibe, even in big hitters like the Final Fantasy series. But I admit, that’s on me. 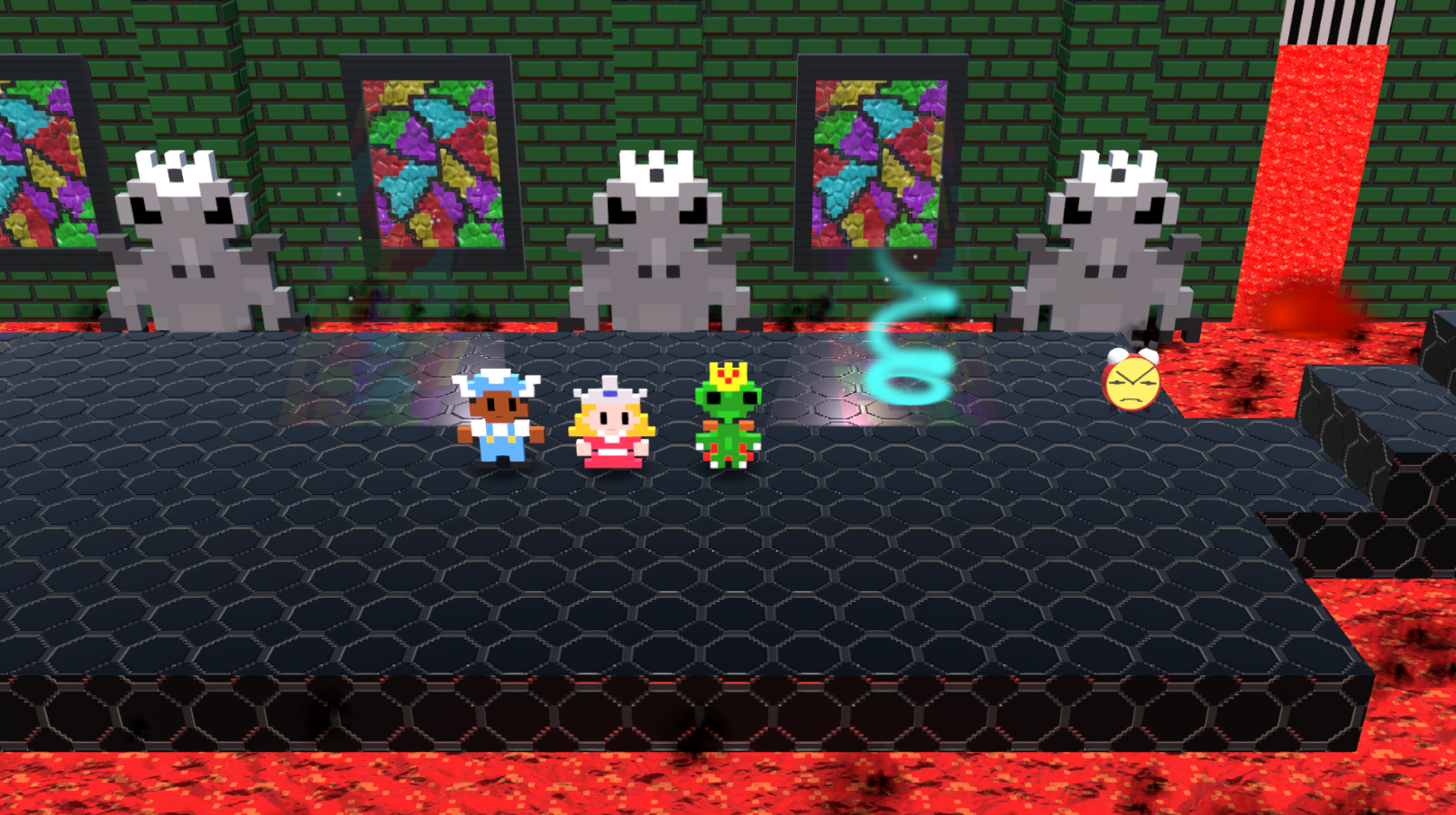 Thankfully, the funny and self-aware writing carries the game through this slower opening and makes the lore-heavy first hour much more entertaining. The main plot comes down to this: the King has been sucked into a portal, and saving the realm is up to your team made up of a snarky Princess, a stereotypical hero-do-gooder named Nate, and a relative of the game’s big bad. These three distinct personalities help push Video Game Fables forward, even if the story isn’t anything overly unique. 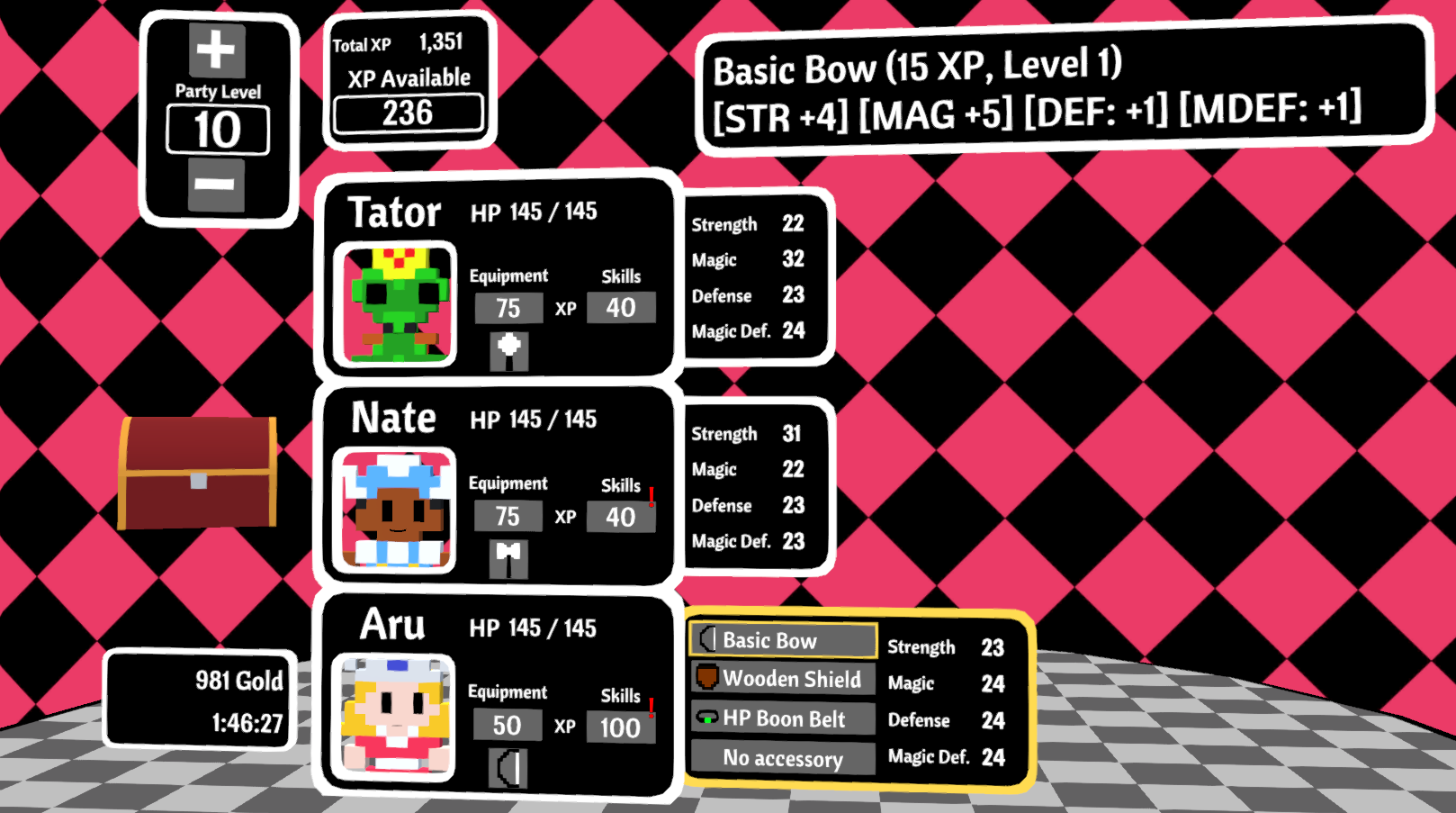 My Turn, Your Turn

Yes, Video Game Fables is a turn-based and team-based RPG. We’ve seen it all before, but what’s really nice is that the game is especially helpful and welcoming to newcomers. Riko is a clock that’s there to not only save your game but hand out hints for upcoming objectives or areas. There are also lots of buttons or key prompts to tell you what and how things work in combat, a welcome addition to a genre that I feel needs a more friendly approach from time to time.

I preface this section of the review with all that because I believe Video Game Fables could be the perfect chance for gamers of all ages to enjoy a type of game that can be overwhelming on its surface. When the gameplay does get going though, it’s a ton of fun. 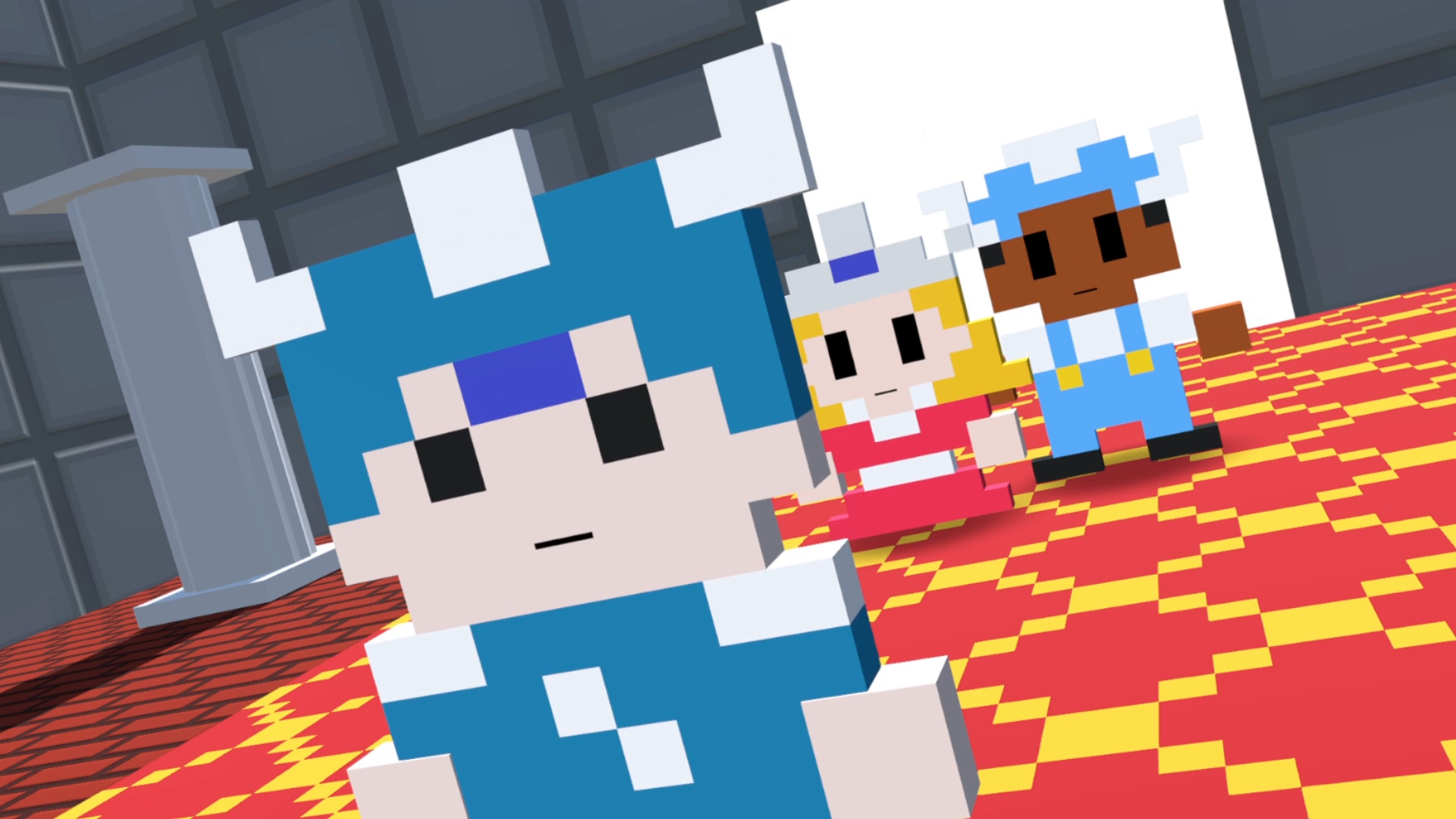 The personality and quirk I’ve eluded come into play even when fighting enemies. Some characters will use household items to inflict damage, while another will blurt out insults to lower enemy stats. Being a turn-based RPG it does feel awfully familiar, though small touches like this at least infuse some fun and charm into what can feel like a tired mechanic at times.

There are also sections of the game that shift not only the camera angle but the gameplay. There are opportunities to move your team through giant spinning blades or traverse over gaps or traps in the floor. It adds some variety to Video Game Fables which is nice, but they’re also gameplay beats that aren’t quite as rewarding as the combat. 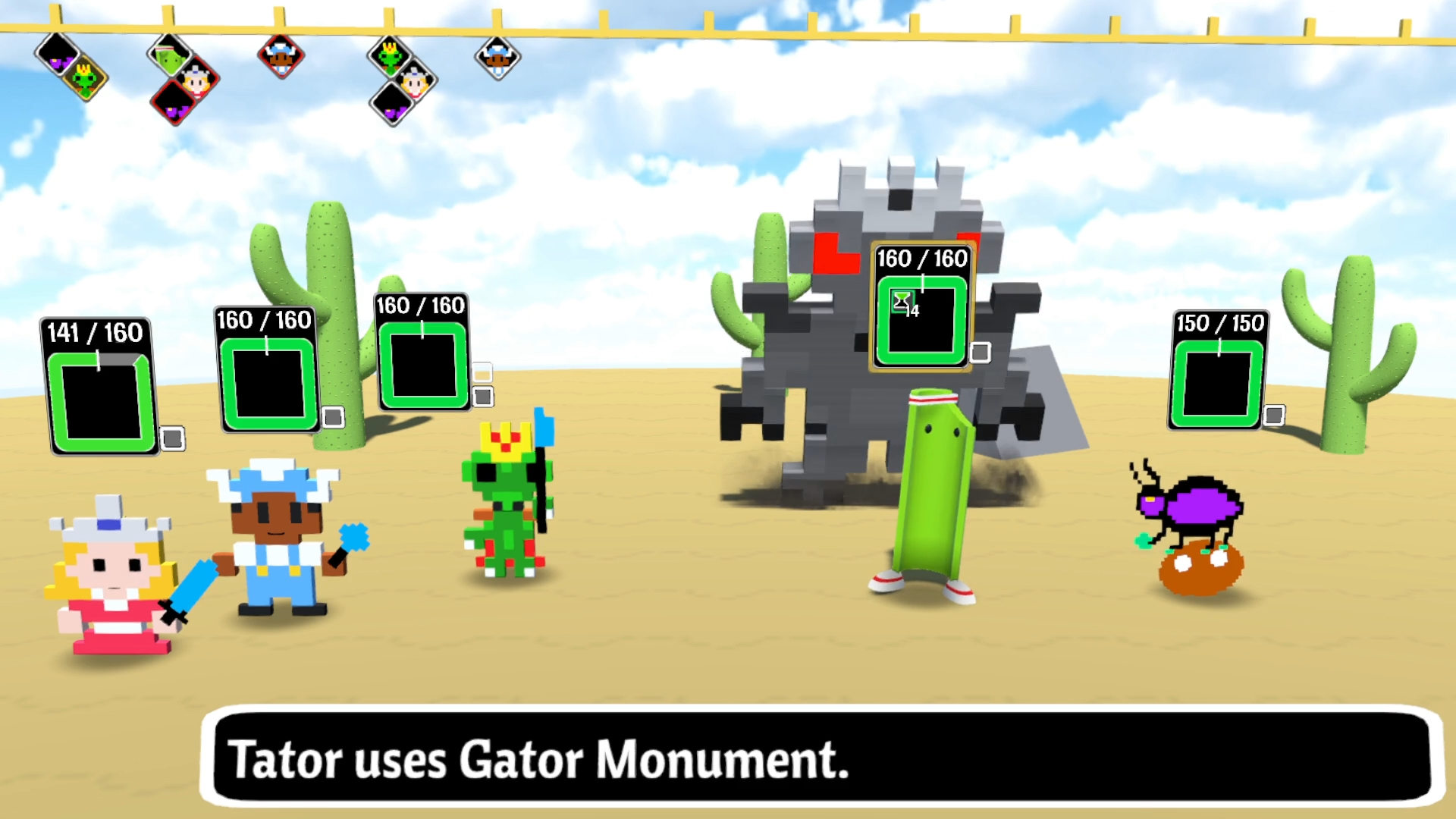 Post-fight, there are lots of chances to customize your party with a variety of weapons and slot-in skill points you gain from XP. That experience is accumulated as a party, and any skills you do choose can also be re-assigned at any time. 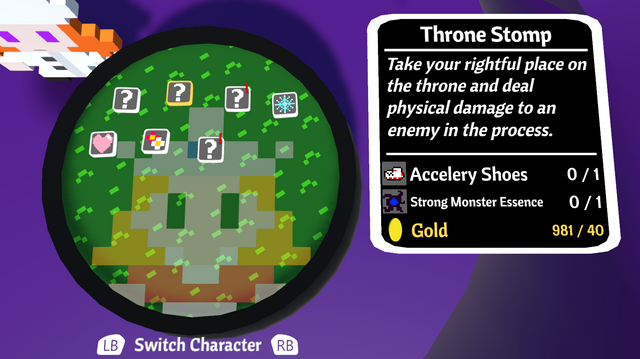 RPGs can sometimes be daunting, but with a welcoming presentation, a well-thought-out system in place for newer players of the genre, and some great combat challenges, Video Game Fables set itself up for success. Not every aspect of the game is a home run, but it doesn’t have to be. You can see, hear, and feel the love that went into it. I know I’ve said this before in other reviews, but Video Game Fables could be the definition of a hidden gem, and one I hope players of all ages get a chance to play.