It’s been a long road to where we’ve come. We’re a decade older, a decade wiser, and a decade into the Uncharted series. A lot can happen in ten years, we grow, we learn, we lose, and we love. So here we are, Uncharted 4 is the culmination of ten years of experience, a love of labour, and a masterpiece to experience.

We last left Nathan Drake at then of Drake’s Deception with Elena Fisher, off to be married and live a normal life with the woman he loves. It was a satisfactory ending to a highly regarded trilogy that Naughty Dog produced. The last game didn’t sit as well with myself and many others, leaving me feeling somewhat empty and unsatisfied. Here we are, Nathan is now older, a bit wiser (and grayer!) but feeling unsatisfied with his current life. He’s become domesticated and lives in the suburbs with his wife, Elena and recovers cargo from the river. It’s not what Nathan knows or yearns for, and soon, his brother returns to him with the promise of a legendary pirate treasure that will turn their lives around. Off the bat, Uncharted 4: A Thief’s End is without a doubt the best-looking game I’ve played, the world is unlike any other I’ve been to, and Naughty Dog pulls from The Last of Us to create the world that Nathan can fight, shoot, and jump through. The opening stages of Uncharted 4 while nothing out of the ordinary for an Uncharted game are beautiful, it isn’t until the game opens up and we finally reach Madagascar that the fine attention to detail and the intricate ways Naughty Dog took to create such a spectacular playground for Nathan. I’ve seen nothing like it elsewhere, it truly is magnificent to explore.

It’s rare for me to stop what I’m doing in a game and examine and take in every little detail, these days, console games are becoming beautiful and powerhouses in their own right. Naughty Dog goes again above and beyond with their attention to detail and love for their craft. The included photo mode returns from The Last of Us, and the absurd amount of time I spent attempting the create the perfect picture, there is no prettier game on PlayStation. The performances from Nolan North, Emily Rose, Richard McGonagle, newcomers Troy Baker, Laura Baily, and Warren Kole feel authentic to their character. Nolan North shines as Nathan Drake, and once again showcasing why he is the best in the business. Nathan is a character unlike any other, and no one else can or would be able to bring this fascinating character to life.

The game, unfortunately, starts off slow and takes some time to get into the thick of things. During the opening hours of the game, each moment spent with Nathan felt like a goodbye, we know this is the last Uncharted, supposedly, and with this knowledge in mind, it feels like it really is the last time we’ll see our beloved Drake. There’s a human element in Uncharted 4 that wasn’t there through the original trilogy. There is a side of Nathan we never knew and we learn about him as if it was a new acquaintance of us. He has never felt more like a human than here in this game. Naughty Dog has tweaked the mechanics in Uncharted 4, they’ve added new tools too. Climbing has become easier as Nathan now has a grappling hook to use at grapple points to swing and jump in ways that refresh the gameplay to new levels. There are new takedowns that involve flying and swinging onto enemies allowing you to knock them out cold. The climbing has also been streamlined and now we have a pickaxe to help latch onto walls that are porous. We can move faster along walls, climb quicker, too.

The gunplay feels slightly refined but once again as satisfying as Among Thieves or Drake’s Deception, they’re fun ways to take down the hordes of mercenaries that will come for you, and standard cover-based gameplay takes on a new life that will not leave you disappointed. Speaking of new mechanics – Naughty Dog has refined the stealth in Uncharted 4, giving us the choice to be stealthier and by adding tall grass, allows for a more silent approach to the mercenaries you’ll cross paths with.

While I didn’t get to spend much time toying with the multiplayer, I did play a few rounds of Deathmatch as they were pre-release scheduled matches, but it’s just as fun as I remembered it from Uncharted 2, there’s a ton of fun here and I hope the multiplayer mode has some success in the future.

If you’re having any doubts or second thoughts about Uncharted 4, let them go. This game is easily the best experience you’ll get on PlayStation 4, from a studio that has such a solid track record, it’s shameful to miss out on such an artisan experience. Uncharted 4 ends on a note that many other franchises would have been better to take note of. 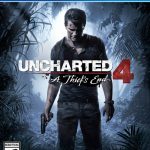