Tom Clancy’s The Division is a solid shooter that brings enough excitement to the table to keep one busy for some time. The game is fun and provides just enough activities to keep you moving forward.

So what is The Division about? It’s about a virus that consumes the city on a Black Friday in New York City, the city isn’t prepared for this pandemic which is spread through currency being touted as the Dollar Flu, which is based on the smallpox virus.

So while the game doesn’t take place in full on post-apocalyptic New York, its does start days after the initial attack. You’re a Division agent, which is a secret organization within the government called The Strategic Homeland Division, tasked to see what happened to the first wave of agents within the city, as they’ve all disappeared. Within the game, you play in a shared-world where others can join you or face off against you. You will be exploring Manhattan in only a way Ubisoft can allow. The developer has done a stupendous job of recreating the creepily abandoned Manhattan. This is also a bit of a problem as you’ll have periods of exploring neighbourhoods within Manhattan where there is literally not a soul in sight, that doesn’t seem right here. The other gripe is the enemy encounters being far and few between as you go from point A to point B to complete or begin a new mission.

The Division is a cover-based shooter, where you go up against waves of enemies ranging from deranged Riker’s Island prisoners, street thugs, Cleaners, who carry flame throwers. Within the world, you will peek and pop from cover attempting to place as many bullets into the head of you enemy, throw grenades at them or use your electronic tools like a turret to take them down. As you do this, you’ll encounter loot that has various shades of colour denoting rarity and strength.

The issue I’ve noticed while playing my way through Manhattan is that to acquire any gear worth keeping is to move into the Dark Zone. This isn’t bad per say, it’s good that this is where it is, but when I spent time making my way through the designated DZ and I’m on way to extract items (extracting items in the Dark Zone is the only way to be able to use items otherwise) and I’m attacked by rogue agents or overrun by any of the enemies in the area. When you die in the Dark Zone you drop any items acquired here as well as experience and money.

Respawning and feverishly making my way back to the extraction point, I see all my items gone and nothing left of what I had spent time and patience acquiring. These zones are brutal and showcase what The Division does best. The gunplay here is pretty good which Ubisoft has come to perfect throughout the years finally realizing that here with The Division. It just feels good, man.

Being a persistent MMO, you’re going to encounter some RPG elements and The Division is no different. As you level up here you unlock new abilities, perks, and talents. Ubisoft has foregone any classes and allowed you to change your abilities on the fly. Once unlocked, you can be a tank or a healer for example and switch back and forth, allowing for dynamic roles. As of this review, we’re expecting a ton of new stuff to deploy on April 12, which will turn bring Incursions, new gear and more to The Division. This is the beginning of what Ubisoft has planned for this game, touting everything to come as ‘Year One’ Division.

The Division is a compelling shooter with some solid ideas tacked on. The issue is the world cannot support those ideas simply because there’s too much space to fill in with and not enough things to fill those areas with. The Division plays best when you’re with a group of friends tackling the game’s missions and is most exciting when you’re cautiously moving your way through the Dark Zones. The great thing here is as more content and feedback becomes available. Ubisoft can adjust and deploy changes as needed. 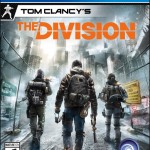