I feel like I’ve written about more Metroidvania titles this summer, than all the entirety of 2018. It’s been a surprisingly bountiful summer of games, a time where usually we lack any major releases until the beginning of September. This year we’ve gotten a number of exciting games to tide us over, with Sabotage Studio’s The Messenger, closing out the summer, now available on PC and Nintendo Switch.

The homage to the iconic Ninja Gaiden series is front and center, it’s what drew me to the game as I grew up playing the classic on the Nintendo Entertainment System with my cousins and neighbors, trying our best to beat the game. Nostalgia was a major factor in deciding to review The Messenger and after spending some time with it, I am happy I decided to dive in, with tight controls, a story that kept me invested but never took itself too seriously.

From the start, you never slow down. Immediately, your village is attacked by demons and you are tasked as The Messenger to transport a magical scroll eastbound while defeating dozens of enemies who are out to get that scroll. It’s a basic story but I don’t fault the developers for keeping it simple, things really don’t need to be convoluted. Playing as a ninja, you make your way through an 8-bit landscape begging you to wall jump, rope dart and slash enemies all the while mastering cloud stepping, a move that grants double jump when an attack is successful on an enemy. An in-game item shop is sprinkled around the world, where you can use shards to unlock a series of helpful abilities including boosts to health, a grappling hook, a glide suit and more.

You have one life, and upon dying for the first time, a Quarble demon arises and saves you by moving time back to your last save point. While it sounds like the monster decided to save you out of the goodness in its heart, it really didn’t because every time you die the monster follows you around stealing shards until your debt to it is paid off. I really enjoyed this mechanic instead of seeing the studio try to recreate the tediousness of starting over like games on the NES would often force you to do. The tradeoff for shards to only go have to repeat a section instead of an entire level is good with me.

For the most part, things are straightforward with gameplay being largely linear as you make your way past a diverse series of biomes and bosses out for your scroll. Things quickly shift from an 8-bit experience to a 16-bit experience, changing everything you’ve known about the game for the better, and shaking up expectations.

However, as cool as the reveal is, it quickly wears it’s welcome out due to the backtracking you’ll need to do to proceed, often without dying, otherwise you’ll need to finish a sequence again from the beginning. There were a handful of sequences that would test my ability to move from screen to screen without dying, these moments would give me satisfaction when successfully completing the task at hand without failure, even though some damage was taken.

The Messenger finds a forever home on the Nintendo Switch, it’s a fantastic addition to the indie library that has continually expanded on the console and fits in with some of the best of them. With fun writing, challenging gameplay and engaging platforming that ask you to think before you leap, you won’t want to miss this game. For a first outing, Sabotage Studios nailed the landing where many others stumbled or even fell down. 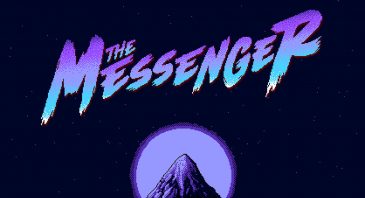