Whether you loved or hated The Legend of Zelda: Skyward Sword when it launched for Nintendo Wii, it certainly left an impact. At the time, the game was heralded for some of the things it did, raising the bar in game design while also being an example of overbearing at times. And while a lot of issues the game had in 2011 have since been corrected in The Legend of Zelda: Breath of the Wild, returning to this iteration of Hyrule while welcome feels like it’s truly at the beginning of the timeline. I appreciate the additions Nintendo decided Skyward Sword needed, making this definitively better in a handful of ways.

Game design has and continues to evolve each year, had Nintendo decided to release this without any of the changes we’ve received would make this conversation much different. We’ve seen some of the quality of life improvement in a trailer but it isn’t until you’re sitting down and seeing them actively make the decisive title all the better for it.

The Legend of Zelda: Skyward Sword HD gets a lot of things right the second time

The Legend of Zelda: Skyward Sword HD starts with Zelda writing to Link on the day before the Wing Ceremony. The annual event is for recruits of the Knights, a group that patrols the skies around Skyloft to protect them and keep the inhabitants safe. One night Zelda mentions to Link how she’s been hearing a voice calling out to her before witnessing his friend vanish in an instant. Link descends to the surface to find Zelda and bring her back to Skyloft, sending Link on his first major adventure. 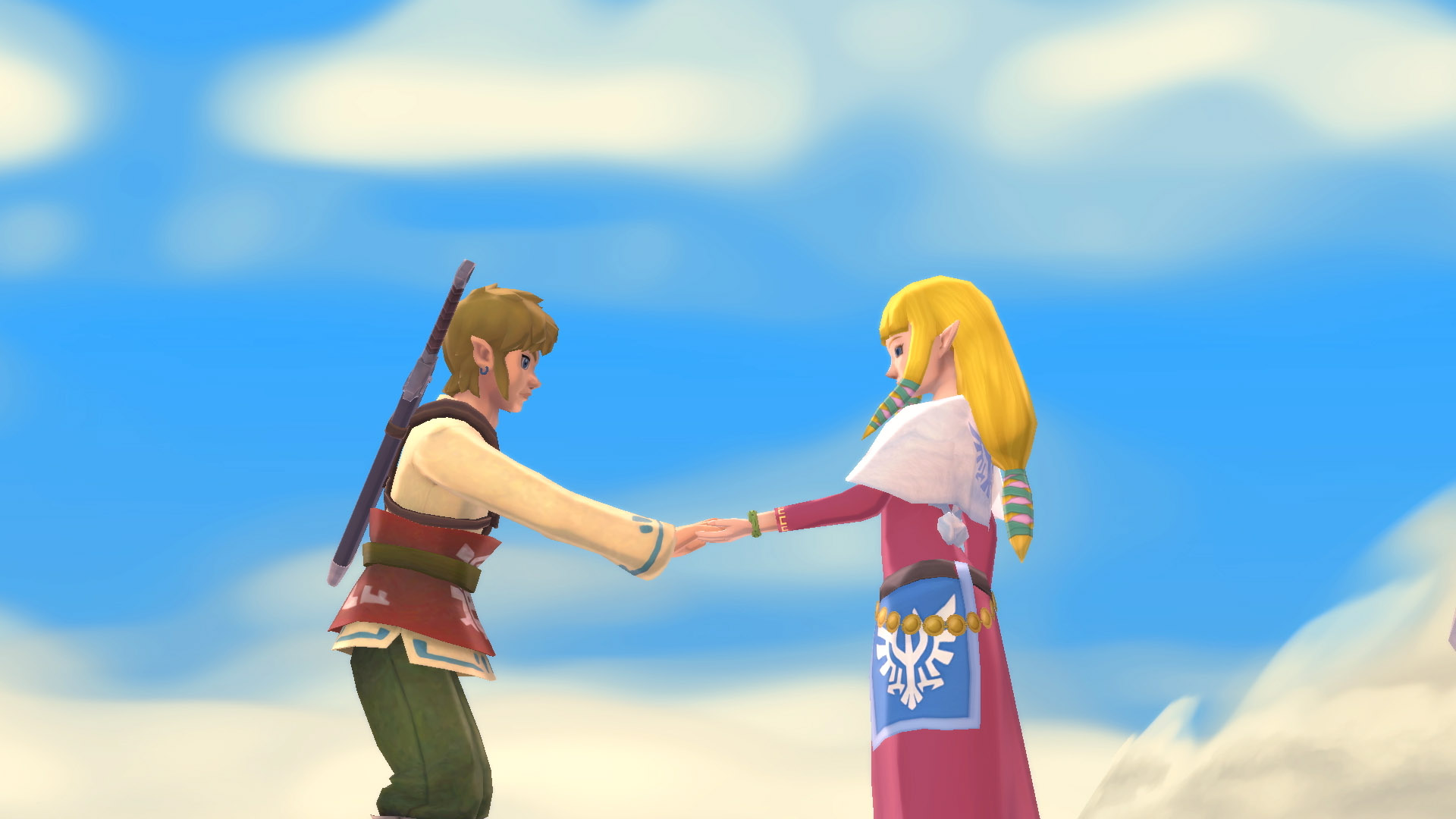 While going back to Skyloft has been nothing short of nostalgic, I found it harder to get settled. Even with the improved tutorials that make the opening hours digestible, begin slow. As soon as you land on the surface world, thing adventure truly begins, kicking off a wonderful beginning to the legacy that established the world within The Legend of Zelda.

The button-only controls updated exclusively for the remaster, make this a more accessible title but it still doesn’t beat the traditional button scheme. Nintendo’s implementation does a great job at acclimating newcomers who may not want to stick with motion controls the entire time, if at all. The right joystick serves as your sword and it’s surprisingly precise given the change and how heavily motion control is tied to Skyward Sword. 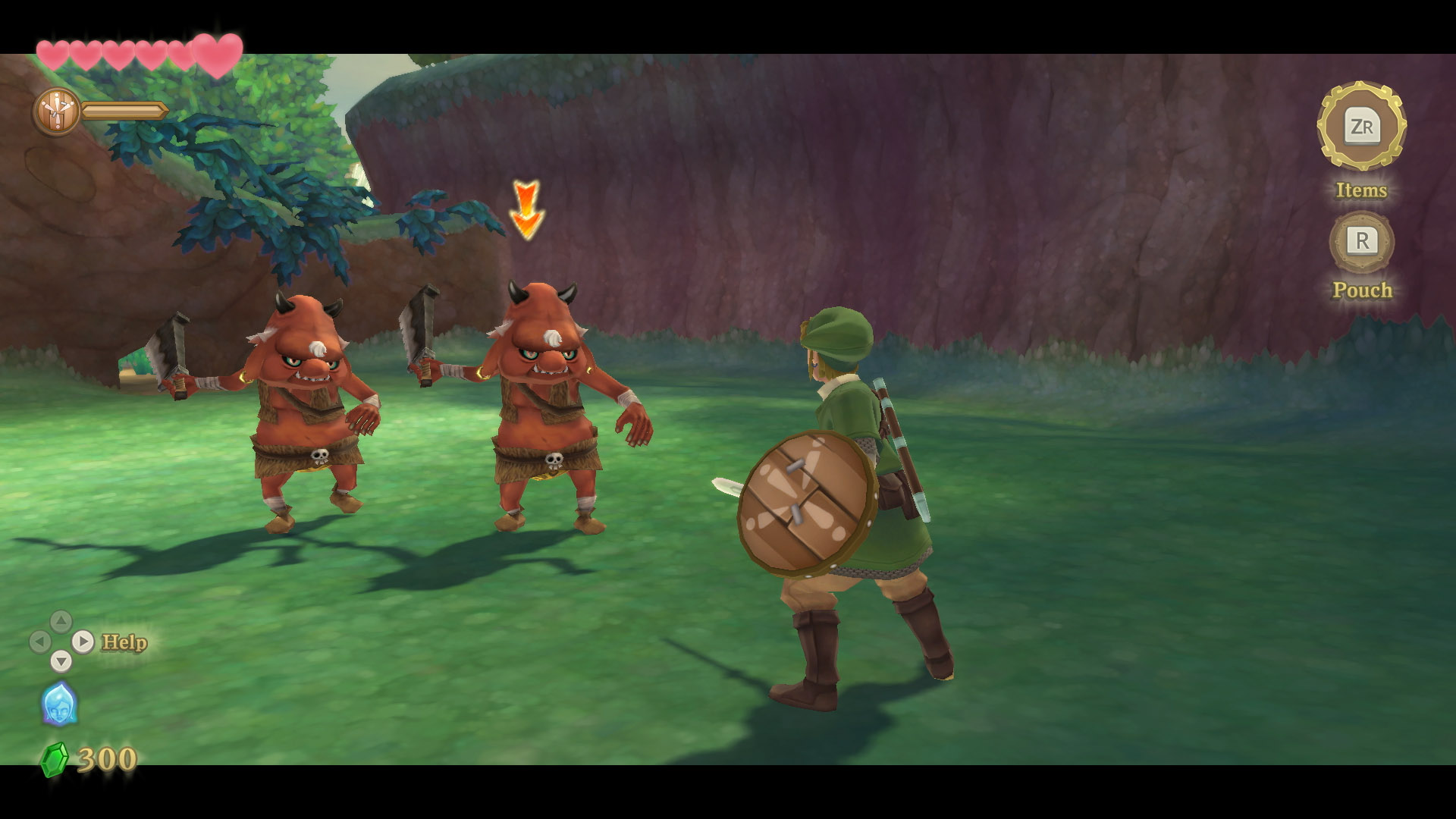 When Skyward Sword launched, it requires the Wii MotionPlus to function and would serve as both Link’s shield and sword in battle. At the time it was fun and accurate, having been praised by critics for how immersive it was. Nintendo brings motion controls to the remaster on the Switch and works about as well as I remember. The biggest surprise is the camera being fully controllable in battle which makes a world of difference if you’ve played the original. 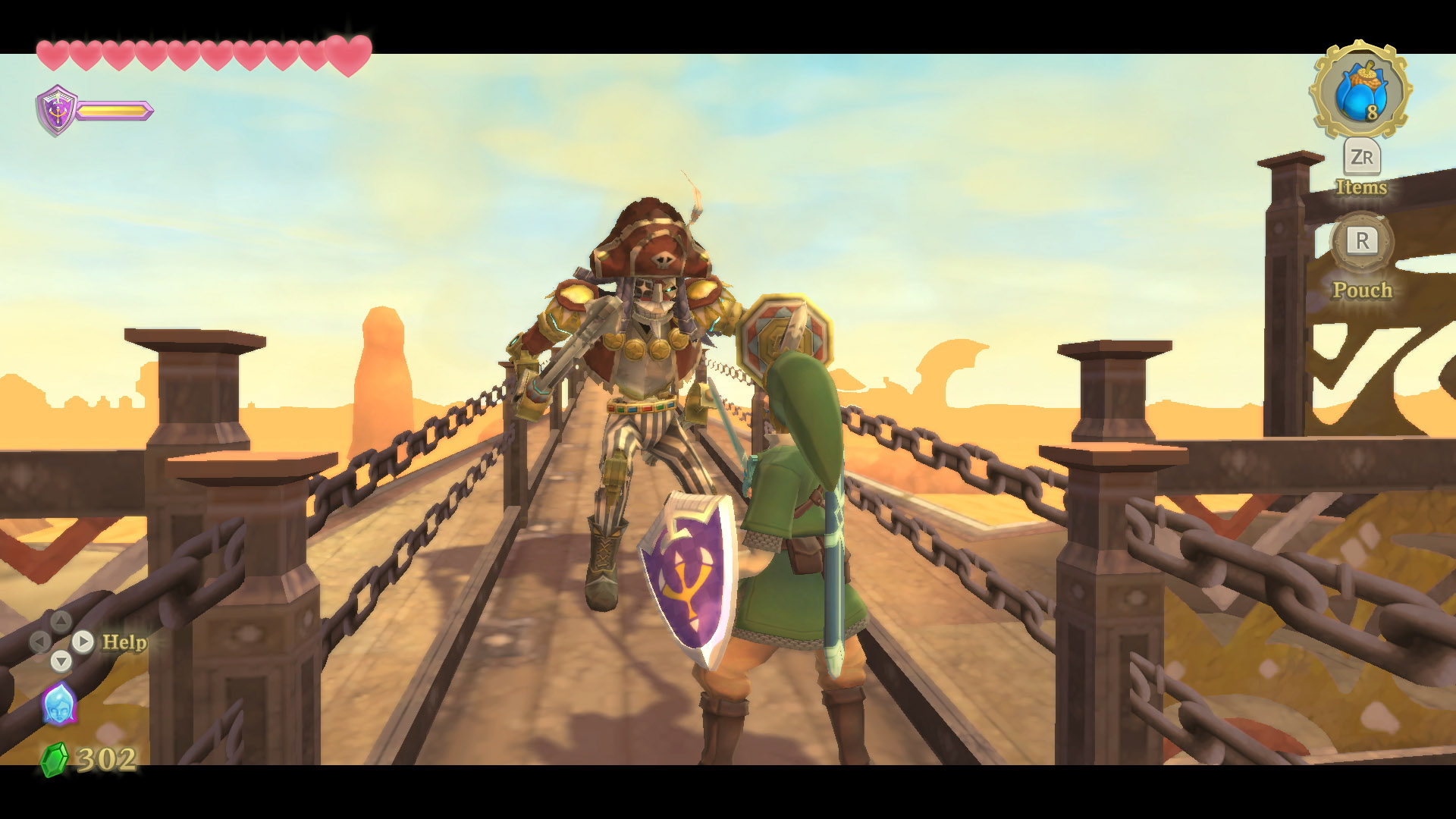 A welcome and much-needed change you’ll be thankful for was added in The Legend of Zelda: Skyward Sword HD is the camera adjustments made. The original version in 2011 did not allow the player to control the camera, this was due to the Wii Remote and Nunchuk setup the Wii used at the time. As I mentioned above, the remaster includes a free camera. When playing in handheld mode or on the Switch Lite, the camera is controlled by holding the L button and using the right joystick. Motion controls make it is a lot easier to maneuver the camera, and thankfully in dungeons when the camera came in close and made it difficult to see, this no longer is an issue with Skyward Sword HD.

Thankfully, Nintendo addressed one of the biggest issues Skyward Sword had. Now, the upgraded version includes a way to look around with the Joy-Cons using the shoulder buttons and the joysticks. By holding the L button and using the right joystick, you can maneuver the camera around Link with ease and tapping ZL centres the camera behind Link. 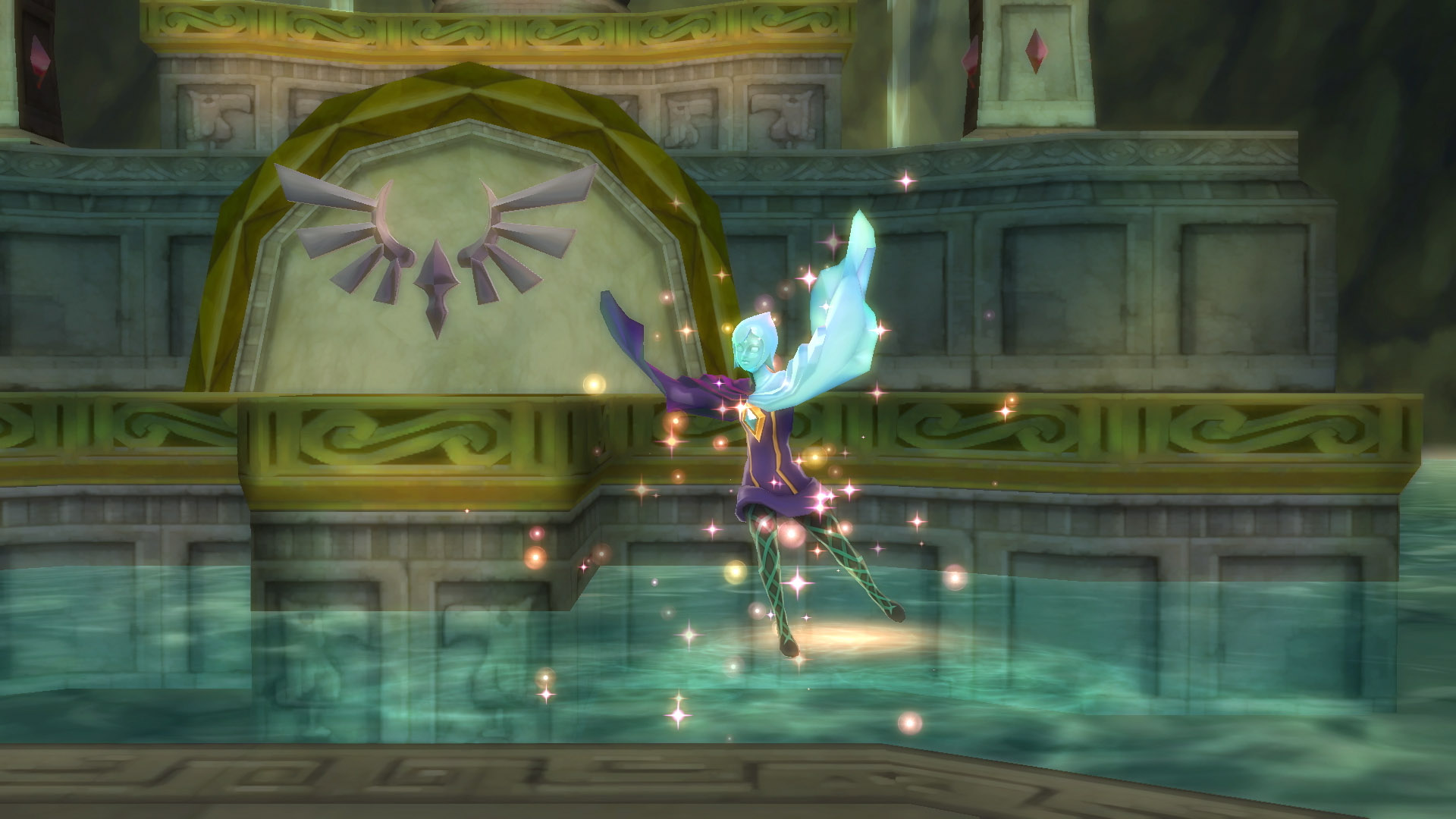 Paired with the resolution and framerate bump, The Legend of Zelda: Skyward Sword HD makes great use of the hardware. Whether docked or handheld, playing in either mode impressed me thanks to the smooth gameplay 60 frames per second offers. Taking a game that was once 480p and 30 frames per second and supercharging it for new hardware takes a lot of work and I’m highly appreciative of this. Nintendo’s worlds and particularly the various iterations of Hyrule and surrounding areas are beautiful, and much of the story is told through the characters and expressiveness behind each character you cross paths with.

While a lot of the quality of life improvements do make a difference, there’s an underlying issue that is fundamentally larger than surface level. When The Legend of Zelda: Skyward Sword launched, I felt the world was emptier than previous games. A decade on, and this holds to this day, granted this entry in the series takes place millennia before the other games but there’s generally Skyloft and that’s all there is for towns. Backtracking is a huge pet peeve of mine in any game and Skyward Sword is particularly notorious for having you return to dungeons several times. A lot of the time these instances feel padded to extend the playtime and it’s still one of my biggest pet peeves about playing The Legend of Zelda: Skyward Sword. Even with the theme changing around each area, it still isn’t enough that I have to go back a handful of times to each area. We’ve been spoiled by Breath of the Wild and it going back to the formula older Zelda titles used takes some acclimating to, even if it is a nuisance. 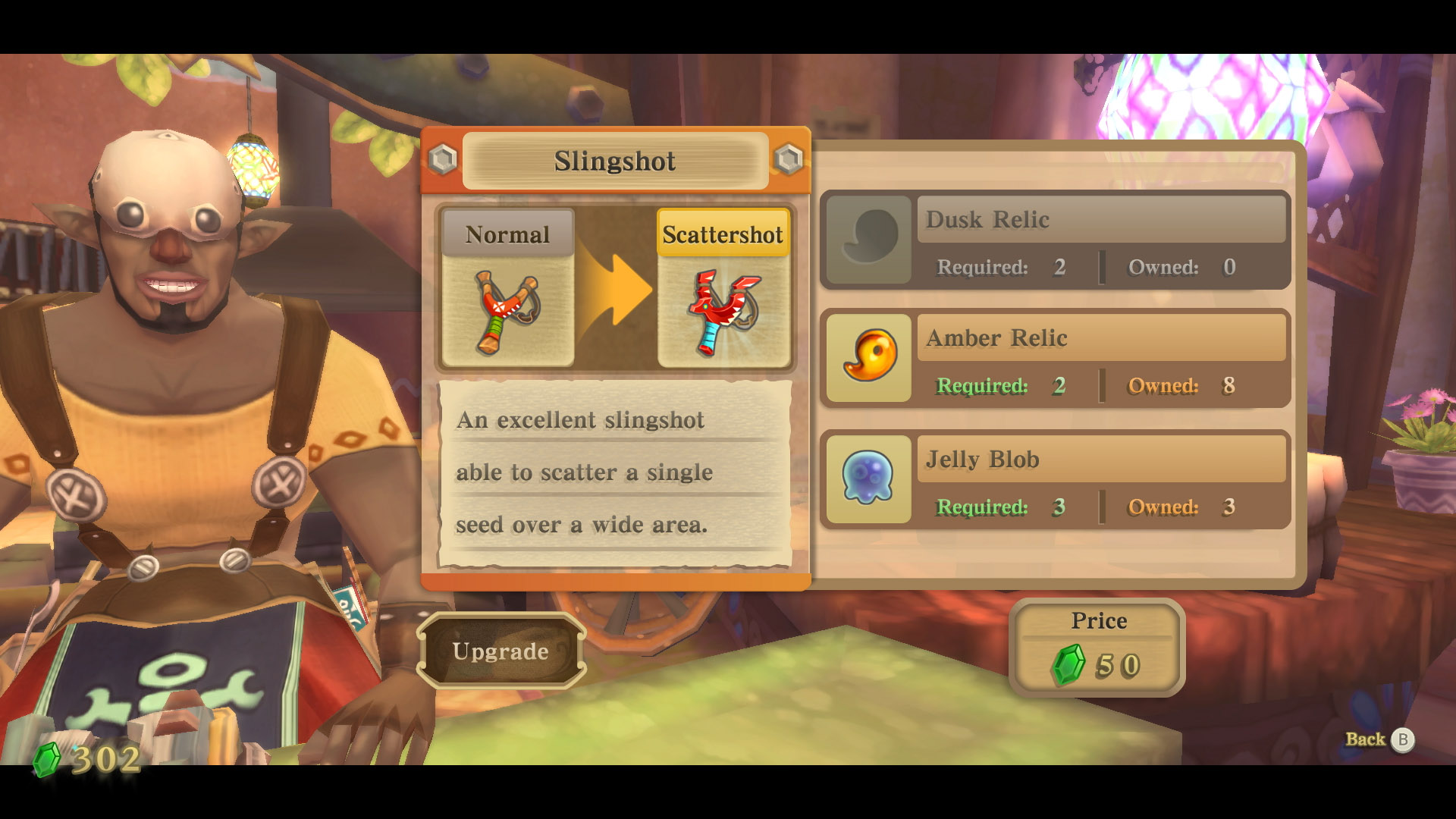 Revisiting this game after a decade away feels good but also reminds you that while the dungeons are some intricately designed spaces made to test you, The Legend of Zelda: Skyward Sword also has padding. The world already felt empty and you have some mindless tasks laid out to get to the next point in the story. The design issues Skyward Sword had a decade ago reared their head once again, like rescuing the Kikwis in Faron Woods, extending your playtime for no reason. 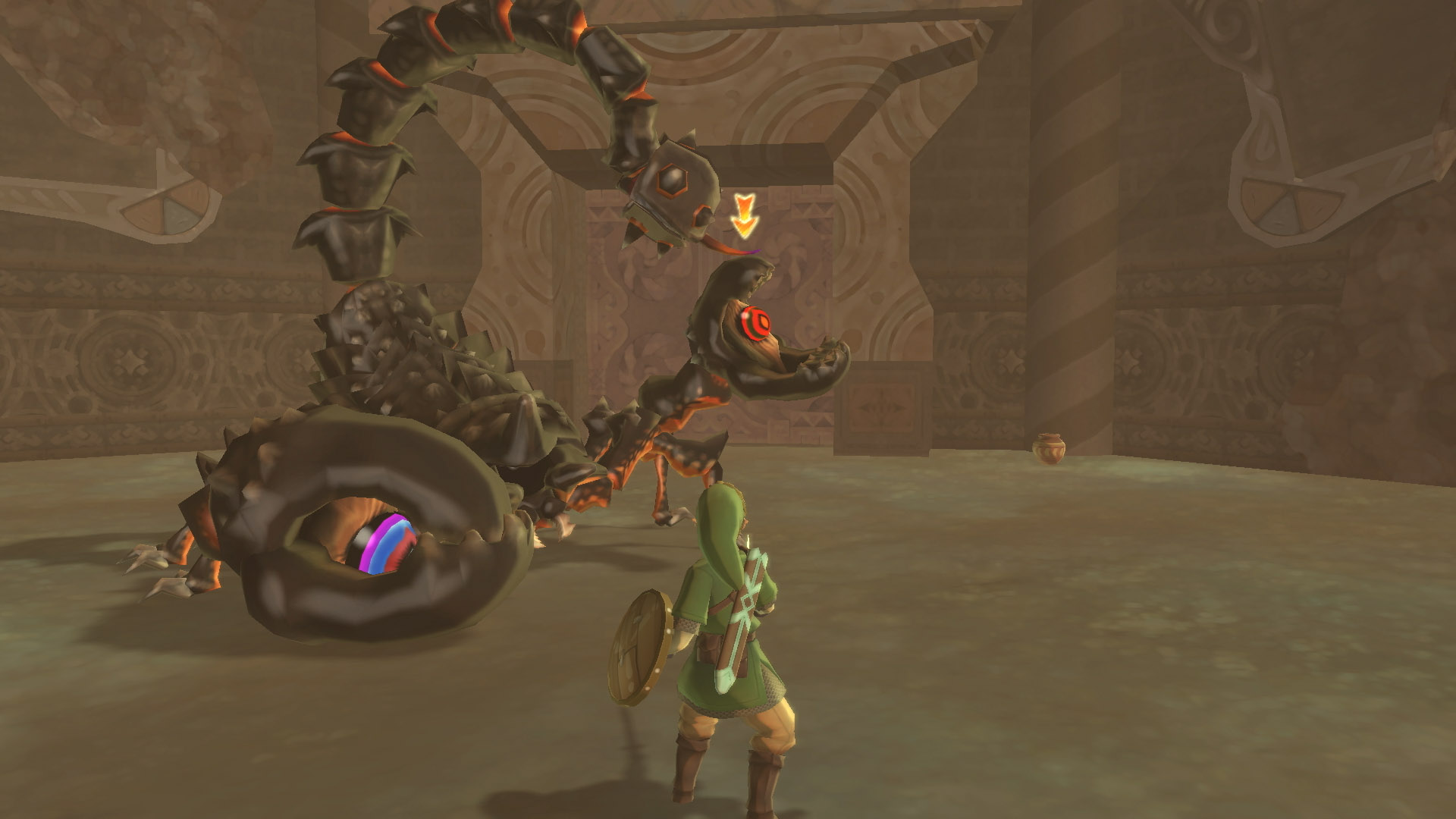 The Legend of Zelda: Skyward Sword HD gracefully updates the original and successfully delivers a worthwhile rejuvenation of the classic Wii game. While the work done by Nintendo improves the base game in many ways, the quality of life improvement has given The Legend of Zelda: Skyward Sword a fresh opportunity to shine. My gripes are minor, like the lack of villages and NPCs outside of Skyloft but I get why they aren’t in the game. The remastering of Skyward Sword makes it a drastically more accessible game on the Nintendo Switch that offers a wider audience the chance to explore the earliest point within the expansive Legend of Zelda timeline.