Act fast or face certian death in this QTE psychological thriller
0 August 28, 2019 11:53 AM by Luke Williams

“Death is going to come,” is a line fed to you pretty early into Supermassive Games and Bandai Namco Entertainment’s enthralling interactive horror title The Dark Pictures: Man of Medan. The game, the first of several planned under the title of The Dark Pictures, is a tale of terror at the high seas loosely inspired by the tale of a supposed real-life ghost ship named the SS Ourang Medan. If you’re familiar with the story of the doomed ship, then the adventure you’ll set out upon will surely make a lot more sense.

You are given god-like powers to control over five twenty-somethings on a treasure dive in the South Pacific Ocean. At first, it seems like your party is built up of the typical horror characters. There’s Alex, a self-assured jock. Julia is a rich girl ready to ride or die with Alex. Conrad, Julia’s brother, would much instead be drinking and flaunting his wealth than anything else. Speaking of brothers and doing anything else, there’s Brad, who is Alex’s little brother. He would much rather be studying or working and was even reluctant to come on the trip in the first place. Finally, you have captain Fliss, a seemingly under-prepared girl who chose to take the wrong charter.

Each member of the team comes with a constantly changing plethora of traits impacted by the decisions that you are forced to make on the fly. The traits that you have will influence the way that your characters work together or don’t. At one point in my playthrough, I missed a few opportunities to advance the story. This inability to progress was all because the traits I had for Alex and Fliss had the two at each other’s necks.

After Conrad angers a group of pirates, the gang finds themselves, and their captors washed onto a US Army ghost ship that went missing in 1947. You have to be smart and compassionate if you hope to survive the supernatural horrors on board as well as the pirates. Oh, and you’re also going to have to be good at quick time events (QTE).

Throughout the nearly six-hour journey, you’ll stop briefly to hear from The Curator, a sort of Sherlock-Holmes-meets-the-Crypt-Keeper. He’ll summarize the story, and comment positively or negatively about how you’re performing. In my case, his comments were overwhelmingly negative. He seemed to find joy in remarking as to if I felt any remorse for my lost party members or any need to protect those still alive. I think that this is an elegant touch that both gives you a rest and a desire to work harder at keeping your crew from the jaws of death.

As mentioned above, The Dark Pictures: Man of Medan is a QTE horror title that plays much like Supermassive’s previous horror hit, Until Dawn. You see your character in third-person. You can wander around freely in search of secrets, which will help you piece together the story of what happened to the crew on the SS Ourang Medan. And you’ll also find paintings, which grant premonitions of what may yet happen in the future. They are all ways to help you navigate the many, many story paths there are to unlock in the game. The replay of value is incredible for just $40 because there are countless secrets and story paths to open that will keep you thoroughly entertained. 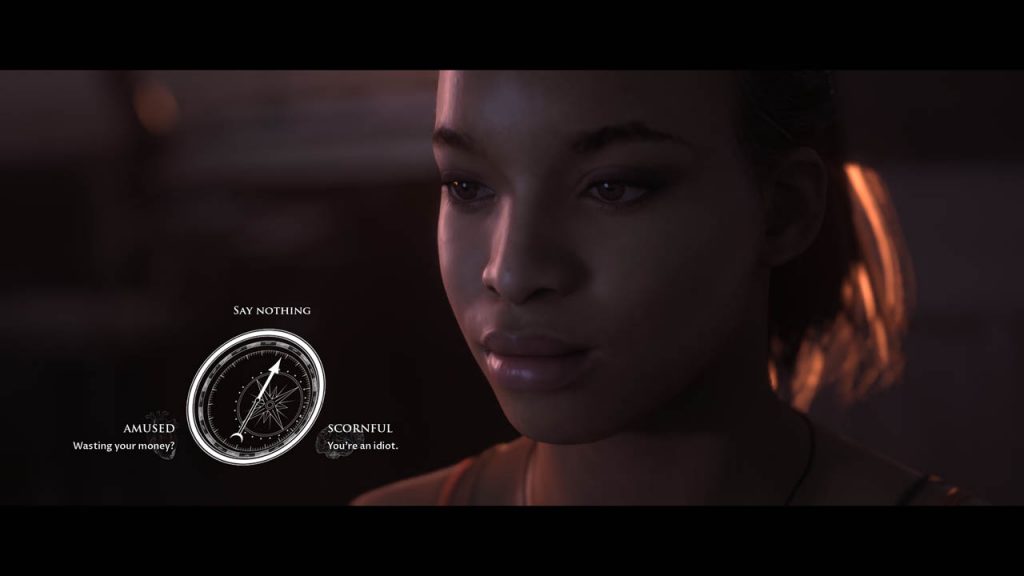 While story aspects to The Dark Pictures: Man of Medan are fabulous, there are a few performance blunders that can begin to feel a little scary. The motion-captured graphics make the game feel quite beautiful, but they can make some animations feel chillingly devoid of life, especially when it comes to lip movements and characters looking at each other. There’s also very noticeable FPS dips that happen on the Xbox version that even outright stalled my system for a few seconds on multiple occasions.

When I started my story, I was quite happy to see an accessibility menu included at the bottom of the settings menu. I wanted to add subtitles and see about disabling QTE timers and button mashing. I was satisfied to find out that you can add captions with contrasting colours and backgrounds. You can also disable QTE timers, so that the only way you can screw up those sections of the game is by hitting the wrong button. Finally, you can sub button holding for button mashing. 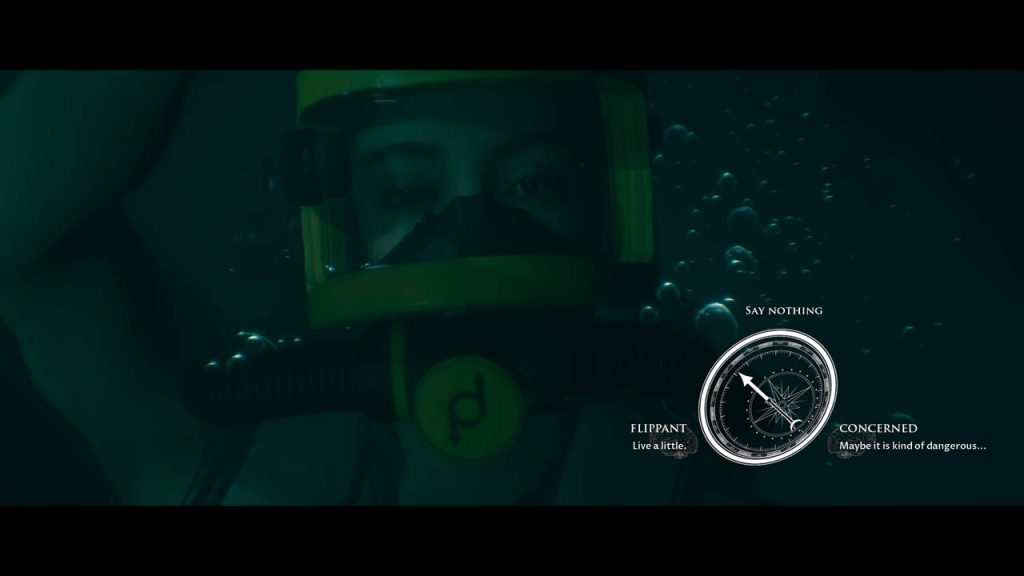 These aren’t great accessibility features as captions should be able to be resized, or at least not be as tiny as they appear to be. And you should also have the ability to substitute simple button pressing for button mashing or button holding because not everybody can do those two things. With my disability, I find it very hard to repeatedly hit the same button, and it fatigues me to have to hold buttons down.
However, none of this seemed to matter because it appears that the accessibility menu is bugged. Both me and Bobby tried to change the accessibility settings in our games and found that any feature that was turned on simply turned itself back off. I found this to be a little bit infuriating and I believe that it also helped to contribute to my high mortality rate. 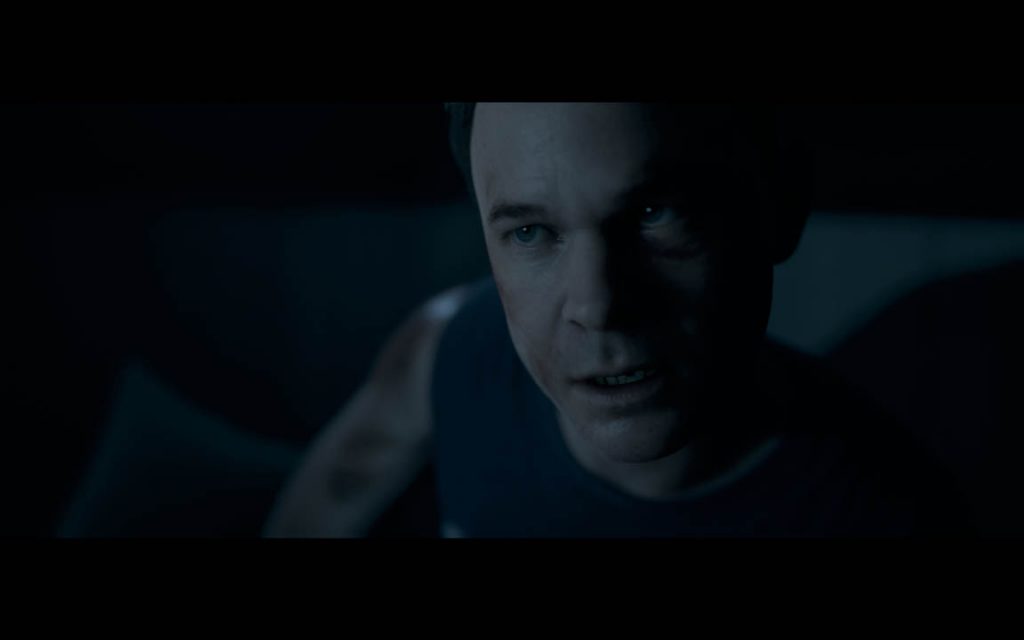 I am all here for what Supermassive Games and Bandai Namco Entertainment are doing with The Dark Pictures. Both companies have promised that it will be a bi-yearly games imprint where The Curator will immerse players in horror and apprehension for a lower price. While there are hiccups in The Dark Pictures: Man of Medan that gave me a few goosebumps, there is so much financial and replay value. I want to unlock all of those secrets! 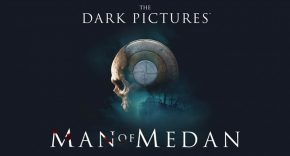 Batman: Arkham Knight and Darksiders III Are Your PlayStation Plus Games For September