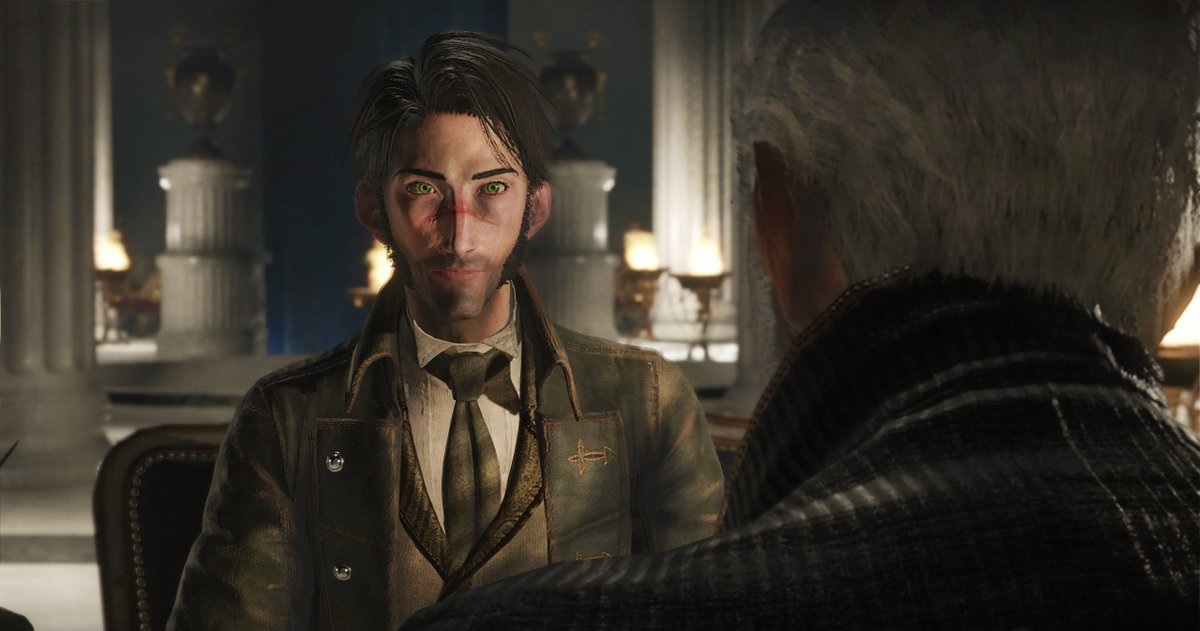 The Council Episode Two – Hide and Seek continues the narrative adventure of Louis de Richet as he searches for the whereabouts of his mother within Lord Mortimer’s manor on a private island. The arrival of a new day brings hope of new clues that could lead to his mother, but those thoughts are immediately set aside at the news of a murder within the manor. The previous night’s excitement turns into shock and terror as you are given details surrounding the murder by Lord Mortimer. He then presents you with an invitation to take on the investigation by gathering information and reporting back to inform him on who the culprit is. Access to the guest’s rooms is also granted, giving Louis full authority to enter closed doors and delve deeper into the lives of each guest.

This first quest will have you entering several rooms, searching for collectibles and other consumable items, while interrogating each guest and learning their whereabouts within the manor the previous night in order to determine a list of potential suspects. Here you will witness that every guest has their own story to tell and alibi to offer making them safe, or so they are lead to believe. The information offered up by each guest is one piece of the puzzle and when all pieces are collected the puzzle can be assembled to uncover the mystery of who the murderer is. You are given access to the victim’s room which will grant you additional information that can be utilized to link potential individuals to the scene of the crime. Understanding the finer details presented at the crime gives irrefutable evidence that narrowed the list of suspects. The emotional strain of the murder is illustrated through facial expressions of each guest which made you believe they were either saddened by the loss, or that they were involved and terrified of the thought of being discovered. This made them more difficult to read while gathering information through means of questioning. This immersive aspect was well received, but the continual lack of polished voice acting would, at times, deter from the overall immersion.

Episode Two – Hide and Seek digs deeper into the understanding of the characteristics of each guest present, intensifying the significance and importance of ensuring every question or response uttered is with consideration to their vulnerabilities and immunities. Conversations can otherwise be quickly brought to a halt, leaving without the acquisition of essential information that can lead to uncovering the many mysteries of the island, from your mother’s location to uncovering numerous hidden agendas that the guests maintain. Gathering information from guests are the battles that take place with the hope of walking away with information that can aid in your travels. There are several possible outcomes from each conversation as your choices determine the path that alters the plot and relationships with guests. This episode successfully highlights the vast amount of skills available to help get the answers you are looking for. As mentioned above, it’s best to consult your journal before engaging in conversations with guests to see their strengths and weaknesses, but also to re-examine your own skillset as it will now greatly impact the narrative experience. Depending on the skillset chosen and unlocked, certain questions will be permitted to ask guests while others will not. For example, high proficiency in questioning and manipulation will easily uncover the desired information, while no skill points in science or politics means Louis’ lack of knowledge in those areas does not permit him to engage in conversations. Selecting to unlock other skills such as these will open up new doors for you to explore.

The most exciting feature of Hide and Seek were the puzzles that were spread out throughout the episode. The first took place in the tower room where you can utilize logic or spend skill points to decipher cryptic messages that took place between Louis’ mother and someone by the name E. Information presented on paintings lead to passages from a Gutenberg Bible that continue the conversations between the two as you work towards uncovering the next puzzle piece and solve the nightmare that you are currently situated within. The second instance takes place when you are trying to gain entry into a secret passage and must crack the code by means of a book that details the Crusades. The reliance on effort points to get you past such roadblocks may quicken the process, but the absence of any effort points lead to a much more enjoyable experience as a keen eye and understanding of the texts lead to entering the secret passage. The final puzzle takes place in the garden as you must explore a labyrinth and thrust a stone sword into the appropriate statue with hope of gaining entry to another hidden passage. The labyrinth is filled with statues of Greek mythological figures who each have a specific story to tell. Here the linguistics skill would be fully utilized as it will translate the inscriptions to give you an advantage to discovering the correct statue more quickly. Episode Two – Hide and Seek is successful at continuing the narrative adventure of Louis by fully utilizing the skills and traits that you have acquired when compared to the previous episode. The puzzles were exciting to solve as they were educational and rewarding and the continual unpredictability of every interaction with guests keeps the story engaging. The only main drawbacks to the experience was the voice acting within certain conversations and the episode’s shorter length. Everyone has their own agenda, so it is how you maneuver through each conversation by telling both lies and the truth that will reveal the answers you are looking for. However, with every answer you are given, three more questions arise to be answered. There is still much to be discovered within the manor and we can’t wait for the next installment to be released.