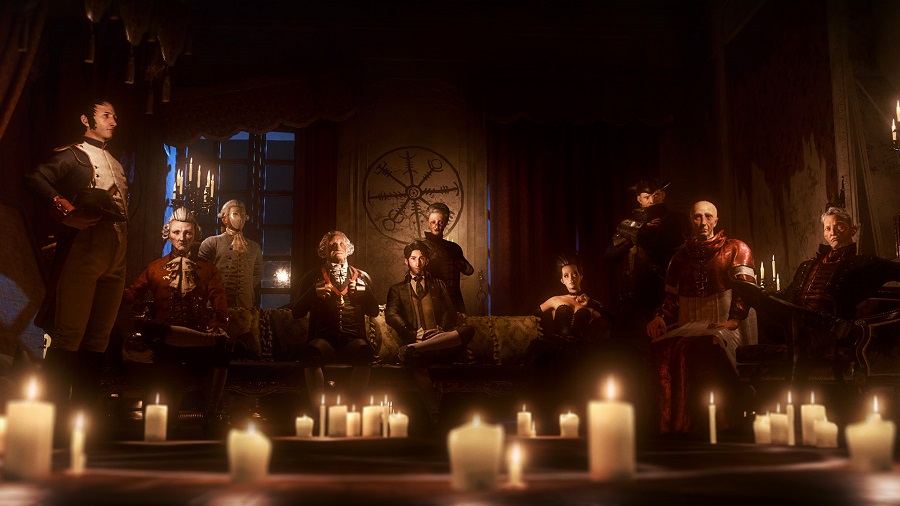 The Council’s third episode continues its narrative driven experience by offering exploration, puzzles, and a plentiful amount of conversations to take part in. At this point, players will have familiarized themselves with the environments within the mansion and the political figures who have been invited to Lord Mortimer’s island to attend a conference. The uneasiness of walking on egg shells has finally subsided and a firm foot is placed with each step forward as you look to uncover the all-encompassing truth of why everyone has been gathered together.

The conversations have become more intense and informative, resulting in both exciting and engaging interactions within every corridor. The choices you make in this episode make a considerable difference in each individual outcome and the story as a whole. The Council’s replayability is also heightened immensely due to these reasons as each playthrough will result in different outcomes and a completely new gameplay experience due to the various choices that can be made. The game’s story is dictated by your every move and you can’t help but think of what alternative paths would be encountered if a different action was taken.

The third episode reveals the most information pertaining to Louis’ mother, her reasoning for traveling to the island and disappearing, and Mortimer finally discloses information during the gathering of key individuals from around the world and identifying that its successful outcome, if voted upon, will change the world for the better. It’s also Mortimer’s words that puts the conference into a divide and forces you to choose sides of either Sir Gregory Holm who is opposed, or Lord Mortimer who is for the outcome. Its decisions like these that have a lasting effect on each character as it clearly showcases where your allegiance lies. A highlight of this episode pertains to the several confrontations that you will find yourself entangled upon. First you will confront Manuel Godoy of Spain regarding the possibility of shifting his allegiance to Mortimer. However, it was cumbersome to locate him as there is no information on his whereabouts, so you simply need to search each location within the mansion until he is discovered. My knowledge of his immunities and vulnerabilities were absent, resulting in a heavy reliance on items to gain the required knowledge and upper hand in the conversation to sway him towards reason.

An additional confrontation took place with Jacque Peru as the conference reconvened and his mental questioning of Mortimer’s actions and his desire to no longer be an evil individual leads to his abrupt desire to inflict harm upon himself. You are immediately given the option of choosing to intervene or not, leaving his fate in your hands. My knowledge of Peru’s character aided in uttering the correct words to persuade him off his course of harmful actions. As stated previously, players can only imagine what outcome would arise if your questions were unsuccessful at persuading Peru, or simply not intervening in the first place.

A major flaw occurred when dealing with a confrontation with Emily and her twin sister Emma. You are forced to question both sisters at your choosing to uncover who is Emily as each sister is claiming to be her. Your arsenal of talents and skills is significantly more developed when compared to episode one, so your variety of questions should now be expansive, but a reliance on items can also aid in uncovering the truth, or flaws as it were the case with my experience. Having already known the majority of Emily’s immunities and vulnerabilities in conversation, my usage of the item to help discover Emma was quick to reveal an immunity of hers and once that on-screen pop-up informed me of discovering an immunity, Emma’s discovery was achieved. The utilization of items throughout The Council is important, but I feel that certain confrontations such as this one should not give players the option of using them. The confrontation was exciting before that moment as you would ask questions pertaining to actions that Louis and Emily engaged upon that only they would know. These strategic interactions were one of the most exciting moments of the episode until the item quickly unveiled the shroud around Emma and ruined the confrontation. Several noticeable technical issues also persisted throughout the episode. When Mortimer is addressing everyone during the conference, there is a brief moment where there is no movement on his mouth whatsoever. Another loss of immersive atmosphere pertains to Louis looking to open a chest that needs to be unlocked by solving a four letter puzzle in Mortimer’s study. The audio of Louis’ voice in this instance resembles a chipmunk. It would be better to remove the voice all together and let players read the on-screen text. Louis’ mother Sarah also falls prey to questionable voice acting as there is no emotion, pain, or anger felt within her voice having recently fallen victim to having her hand removed. Her calm demeanor makes you quickly forget the importance of her discovery and that you have been searching for her this whole time.

Lastly, upon discovering and interacting with Louis’ mother, new developments with the story take place that may initially shock players as it’s a sudden turn from the events currently at hand. However, the execution of telling the newly discovered information is done perfectly as Louis recounts numerous items that he came across in the mansion from all three episodes which corroborate the information that is presented before him. The final puzzle within the episode is also more challenging than previous ones and a minor inconvenience occurred when you find yourself travelling throughout the mansion to discover several items that are needed. The Council continues to execute a narrative adventure experience unlike any before it. Details discovered from previous episodes are brought to life in the third episode and they paint a picture unlike any uncovered within Mortimer’s mansion. With two episodes left, we highly recommended and are very excited to see what The Council has for us to discover.