The original Super Meat Boy was an indie darling that took the industry by storm during a time where indie developers flourished on consoles. It was a renaissance for the medium in a way, with many small developers delivering quality titles without the backings of huge businesses backing them. Things have certainly changed over the years and the likes of Braid, Limbo, Fez paved the way to get us to where we are. Indie Game: The Movie (Netflix) helped every day viewers understand the pitfalls of game development for smaller studios and helped introduce Edmund McMillen and Tommy Refenes, the two friends who brought us the original Meat Boy.

Their projects focused on split-second reactions, where skill was necessary to overcome the obstacles thrown at you in hair-raising situations. These mechanics led to the success of Super Meat Boy, which ended up selling a million copies in just two years. A lot of critics enjoyed the game and the mechanics driving it, and as many hoped, a sequel was inevitable but no one expected it a decade later.

Was the wait for Super Meat Boy Forever worth it? That depends on who you ask and whether they enjoyed the original. I’m not an expert on the series but I enjoyed Super Meat Boy and a decade later, find myself enjoying the sequel, even if it’s a departure from its predecessor. No longer is this a platformer but an auto runner but the charm of the series remains faithful and ever-present to the player and that’s a big piece of why I find myself enjoying Super Meat Boy Forever.

Picking up right after Super Meat Boy, we return to find Meat Boy and Bandage Girl living a happy life together with their newborn son, Nugget. However, like clockwork, Dr. Fetus returns and he’s looking for retribution so he decides to steal their bundle of joy, Nugget that ends up being the catalyst for Meat Boys’ return. 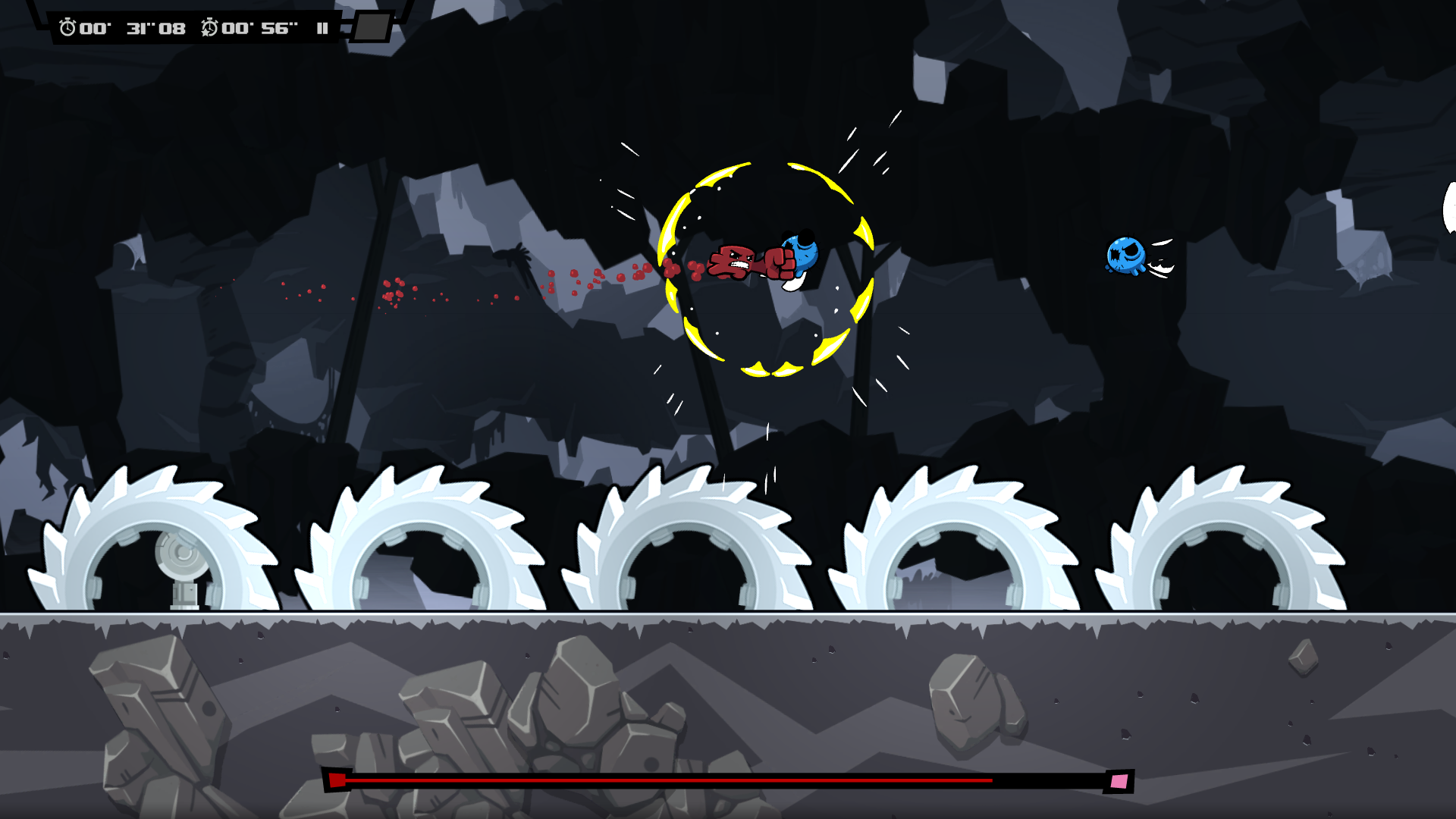 This is how the game begins and where a lot of what made the original so beloved, begin to differentiate from Super Meat Boy. I enjoyed the original quite a bit despite being a difficult game to get through, and the platforming is what brought me back over and over. By streamlining movement, the task at hand is now at precision platforming for the player. Team Meat wants you to overcome the challenges they’ve created by putting Meat Boy on autopilot and timing everything to perfection, and for the most part, this works. However, as someone who always needs some modicum of control, I was anxious because I was limited by what I could control happening to me.

Paired with procedurally generated levels, you’ll find yourself always engaged because levels are never-ending and they feel longer than I remember in Super Meat Boy. Levels are split into sections with checkpoints in-between and it all meshes well together. I mentioned that this Super Meat Boy Forever is an auto-runner now but don’t expect it to be easier, no. Instead, it’s paired with a ton of verticality and moving about while running with the only time you can shift direction is when jumping off a wall. This switch in mechanics means navigating the levels feels far more like a puzzle than its predecessor. 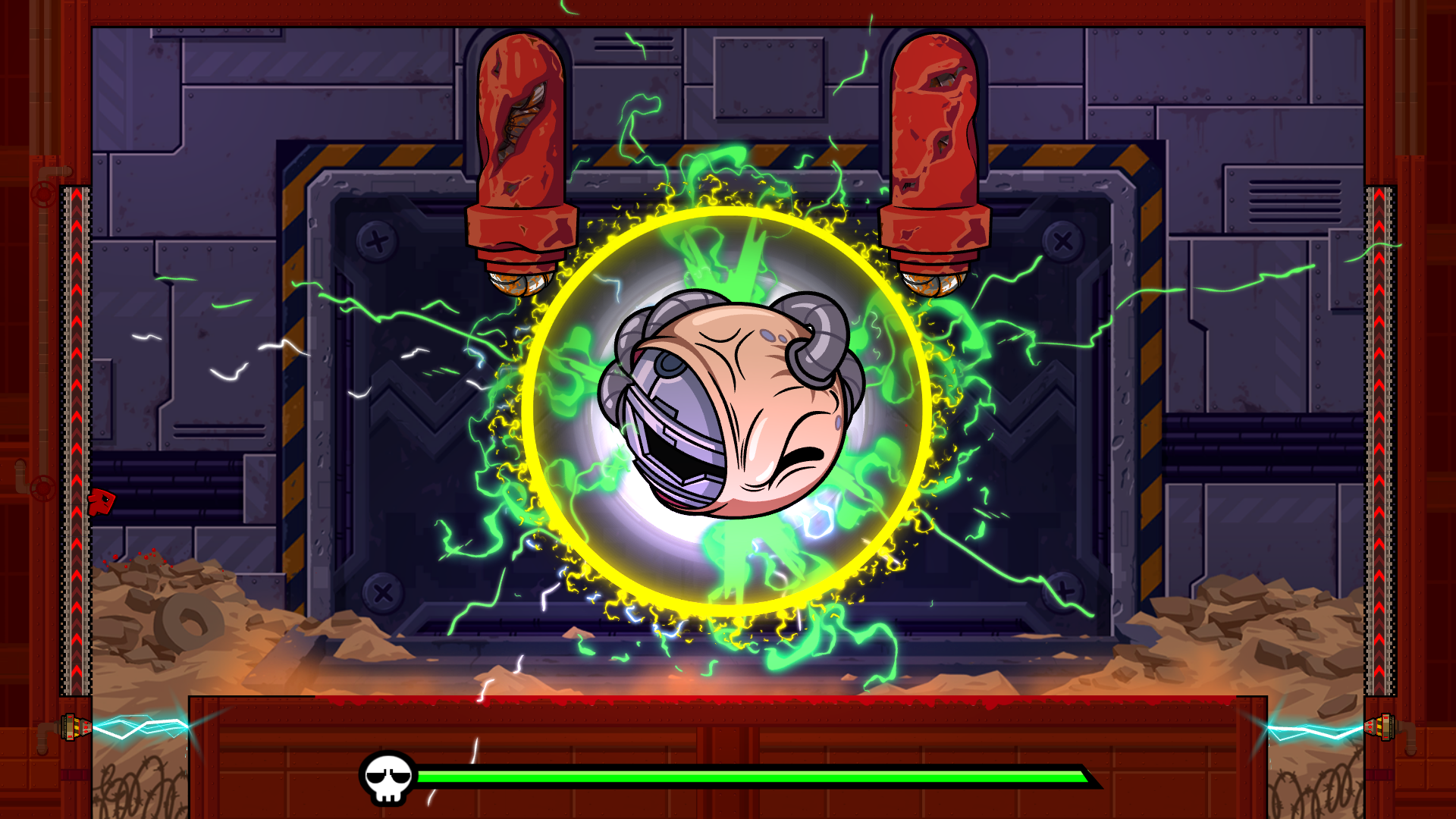 And as you make your way through each world (a total of four) you end each world with a boss fight. I’ll be frank: the boss fights are absolutely infuriating because of how difficult they are. That said, they are pretty solid encounters that show off the game at its best. The challenging gameplay you’ll find when up against each boss is well worth the frustration because when you succeed, it’s a really exciting moment because you’re essentially dead with one hit while bosses have huge health bars.

Aesthetically, Super Meat Boy Forever is exemplary. A lot of the animations and the worlds are beautifully rendered and Meat Boy and Bandage Girl spew blood on everything. The game includes over a dozen wonderfully animated cutscenes that push the narrative and are some of the best parts of the game.

Super Meat Boy Forever might not be for everyone but it’s a good platformer that runs on autopilot. Fans of Super Meat Boy might not enjoy this as much as the older titles and it certainly may not be the sequel, they expected but it’s got some heart that I think is worth checking out. There’s so much replayability here that pairs well with the storyline. Team Meat might’ve changed up the formula but Super Meat Boy Forever is a good follow-up a decade later.