What I think I like about Super Animal Royale is how very little the game takes seriously. You’re running around like an animal trying to kill other animals. That’s about as cartoonish as anything you might’ve seen on Looney Tunes in the past albeit much more violent in Super Animal Royale. Boiling things down to their purest essence: this is a battle royale game that’s fun to play and does some good things. You won’t have to worry about characters, motivations, or plot points – with the need of coming out on top being the one major concern.

Super Animal Royale is a 2D multiplayer shooter where you play as a cuddly, genetically modified animal with over 300 breeds to choose from. The game also offers over 600 cosmetic items to choose from, and you’ll begin each match by jumping off a giant eagle in the sky and land in a 64-player deathmatch. In the trailer, we see an assortment of weapons including pistols, shotguns, grenades, and even bananas.

Unlike bigger battle royale games like Apex Legends or PUBG, Super Animal Royale uses a top-down While not perspective. I find the change to be welcome, offering a more simplistic take on the genre. Your joystick direction indicates what you’ll be looking at and facing while the other joystick covers movement and some other moves like dodging. Once you get the hang of things, the gameplay picks up and becomes much more enjoyable. It took me around eight matches before I felt like I could really take on the other players and come out on top. 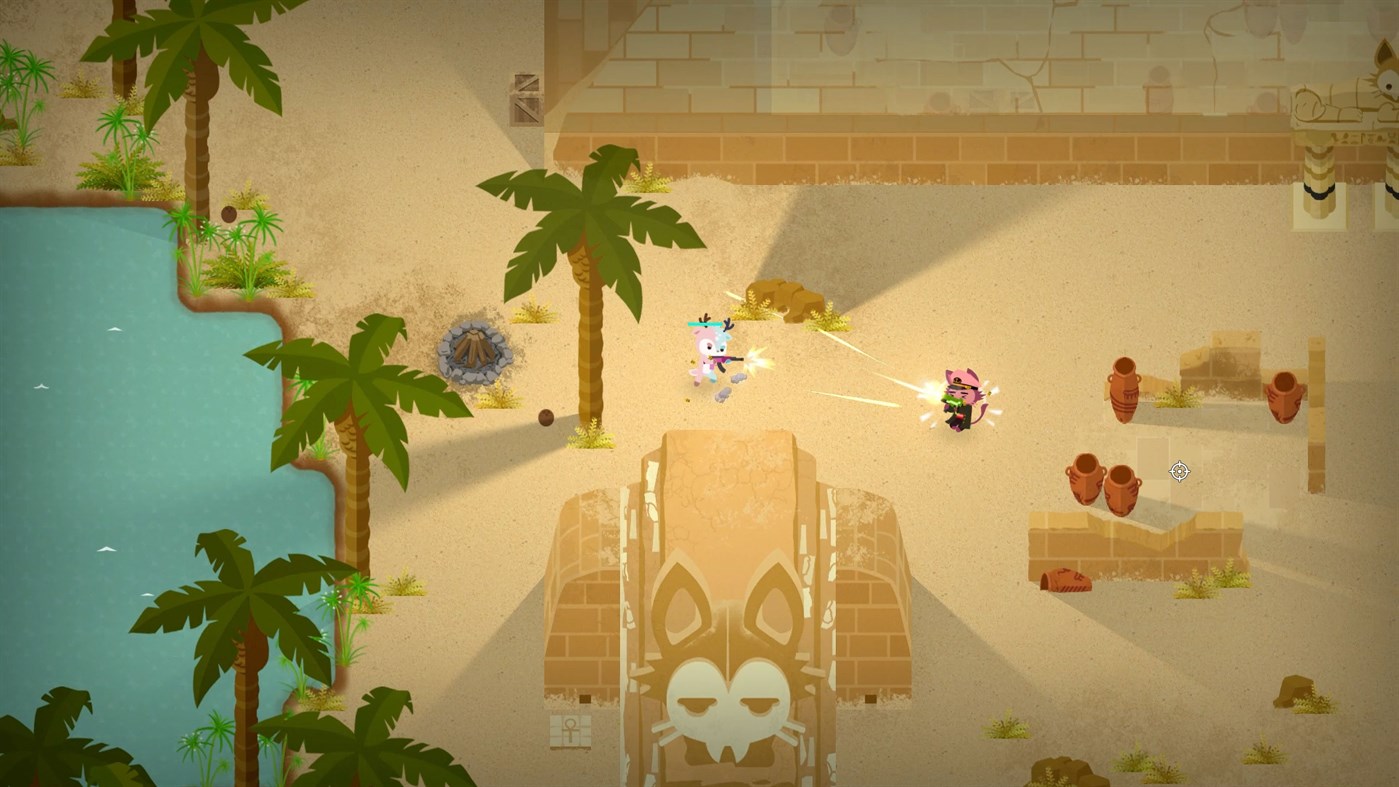 Loading up Super Animal Royale, you’ll choose between playing in a Solo, Duo, or Squad match. If you want to invite some friends, that’s easy to do, too. From there, you’re dropped in a lobby and left to practice a bit before the game begins. Lobbies in Super Animal Royale host 64-players and I had no trouble finding a match at any time.

You’ll be exploring Super Animal Park and exploring the buildings and gathering an arsenal to battle others. Whilst this happens, you’ll notice the playable area begin to shrink, and you’ll either continue to battle it out or become the victim. Either way, there’s always something exciting in trying to stay alive each round and don’t worry – if you do end up dying, you can quit and start another match. It’s basically like any other battle royale game out there in terms of how things happen. 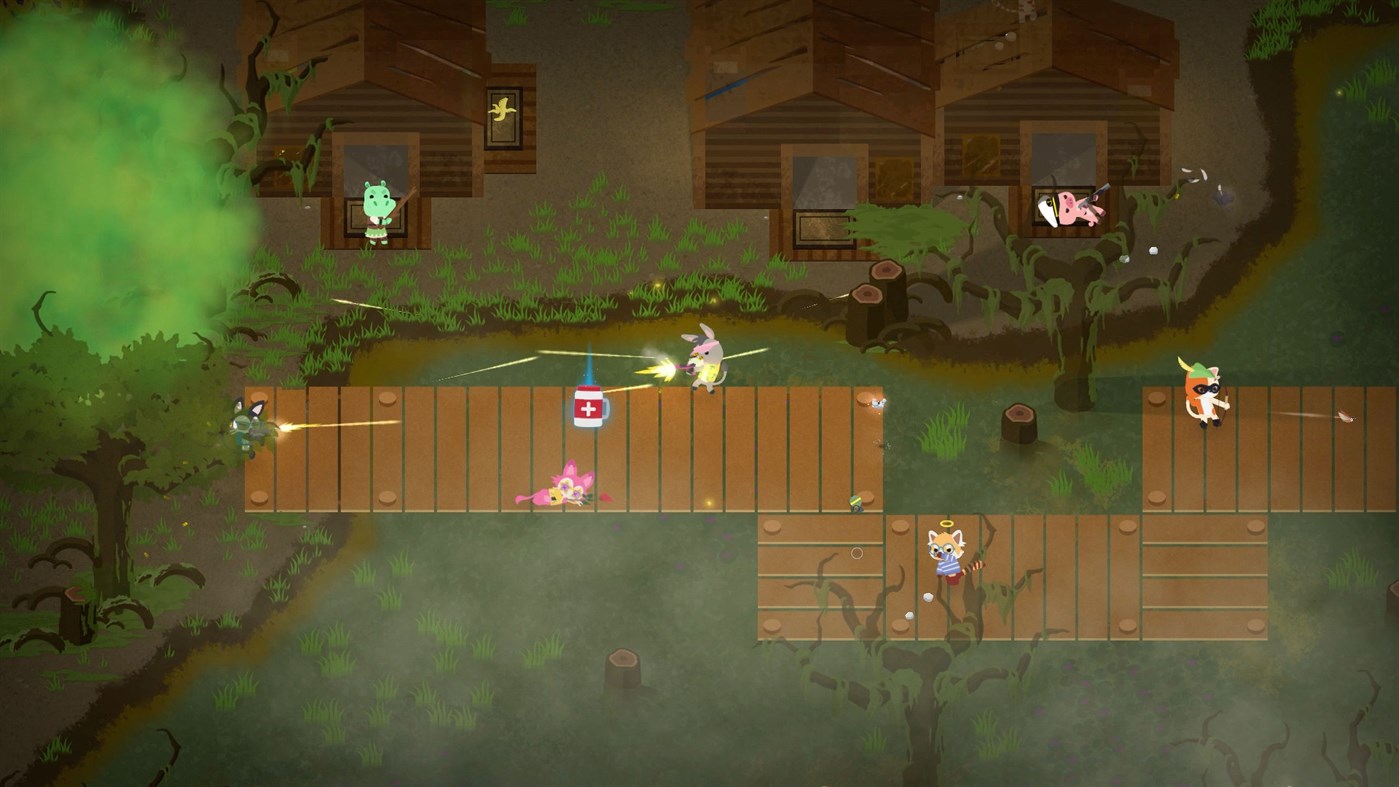 One of the biggest differences when comparing Super Animal Royale to basically another game in the genre is the cutesy graphics. While I do like the simplicity behind the graphics, thanks to the number of options to choose from, you can pay as a dog, cat, bird, or something else. To differentiate from other players, you’ll be equipping costumes to your characters and a lot of them are purchasable, while others stem from winning a match. You can always tell when a new player is joining compared to a veteran player who’s basically decked out in an absurd outfit.

Everyone starts with a starting weapon before slowly adding armours, new weapons and special items to their arsenal. You aim with the analog stuck and then react with the trigger buttons respectively. Your left trigger (or L2) allows you to dodge and roll from attacks. While the gameplay isn’t deep, it doesn’t need to be when you’re dropping in and out of matches nearly every 15-20 minutes. The biggest downside to the simplicity of Super Animal Royale’s gameplay is that it never really grows. There’s a lot of variety to the weapons and a shotgun might be ideal for close quarter encounters in a building whereas outside something with sniper or dart gun will make quick work at a distance. 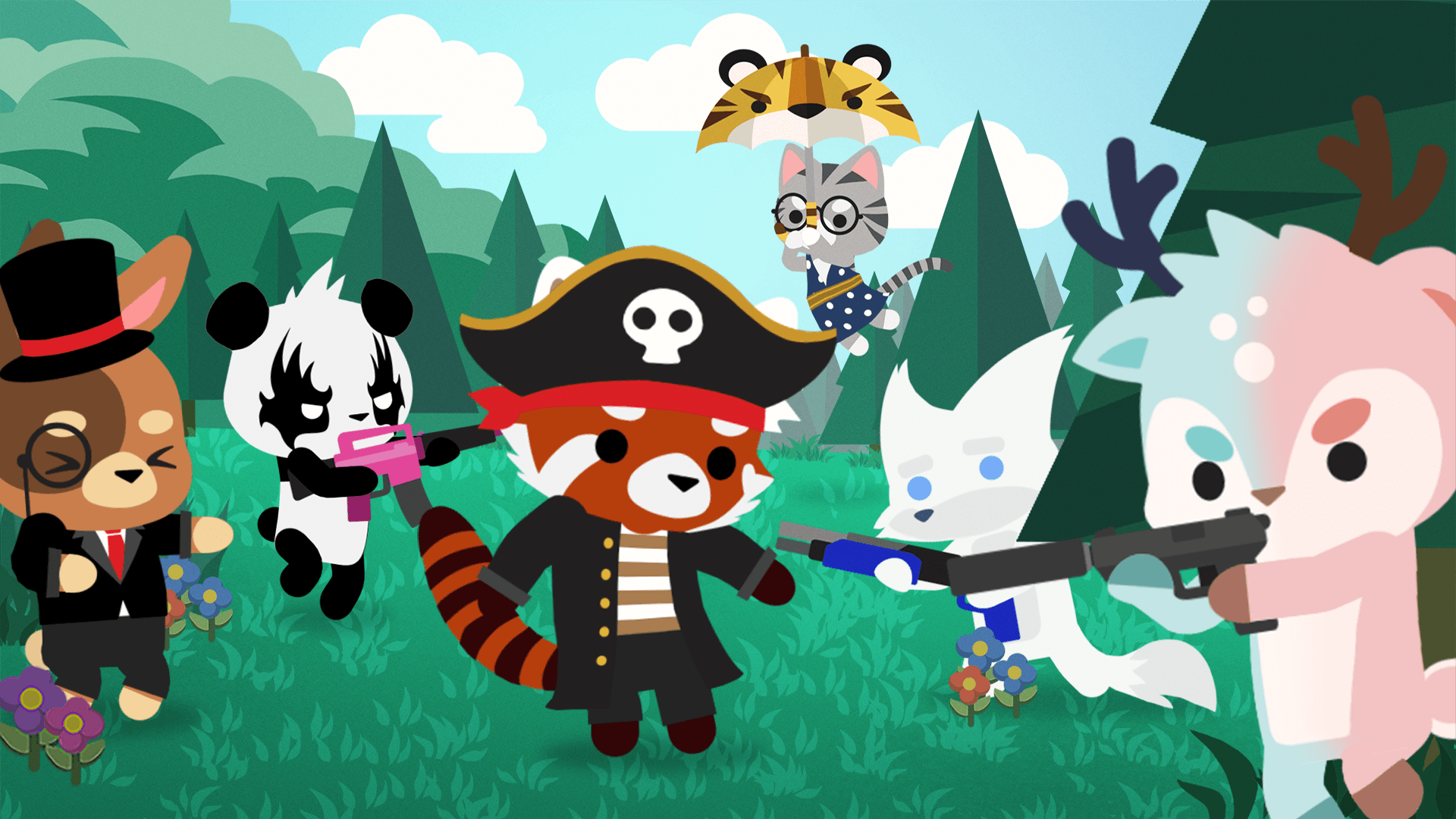 Super Animal Royale might have cutesy graphics but don’t let that fool you. The gameplay is solid, though simple but there’s something fun here. If you want something to play that’s a battle royale game and isn’t Apex Legends or Call of Duty Warzone, then this might be a great alternative. Sure, it isn’t narrative-driven but the matches can be fun, sometimes short, and easily accessible. For what it is, Super Animal Royale might not be the most advanced game in the genre, but it doesn’t need to be. Playing as a fox trying to maim other animals reminds me of Happy Tree Friends and this is the game to make that crossover possible. 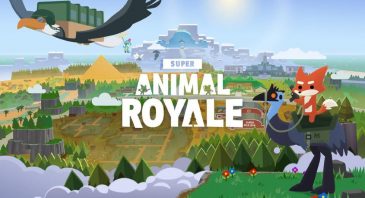