Subnautica left Steam Early Access in 2018 and it was around the time I was looking for something new to play. I had a handful of types of games I cycled but after a recommendation, I checked out a new title from Unknown Worlds. I was immediately drawn in and while not the biggest fan of the survival genre, I somehow ended up powering through and finishing one of the best games I played that year. It was a brutal, hellish look at a world covered in water. To say I developed Thalassophobia would not be hyperbole in the slightest. Not being able to see but being able to hear the terrors out to get you is bone-chilling and thanks to the narrative beat introduced in the sequel, my fear of what lurks below the waters of the alien world 4546B persists.

Unknown Worlds returns with Subnautica: Below Zero and is set sometime after the events of Subnautica. Fret not though, there is the prerequisite of knowing what happened in the first game but it always helps if you’re inclined to check it out. While the first game featured Ryley, Below Zero introduces Robin Ayou, a new character looking for her sister Sam. The game begins with you descending to 4546B where your first goal is to find shelter, food, explore the immediate area.

Things aren’t easy and like Robin, your goal is to survive the harsh conditions of the planet. One caveat that might catch new players is the learning curve of the game’s mechanics. Worrying about oxygen and making sure the pressure around you sustains your ability to move to the next waypoint is often tense. Subnautica and now Below Zero offers a great loop of accomplishment but sometimes things aren’t obvious so you do need to pay attention and push forward.

I don’t play survival games because the mechanics often feel bloated, boring, and mundane but Below Zero does a great job at making it feel enjoyable. Crafting isn’t a headache and can be rewarding and unlike the first game, your main focus when beginning Below Zero is to get out and explore over worrying about fixing your broken ship. And with no map to anchor you, exploring becomes daunting but never obtuse. The game wants you to learn and pay attention to your surroundings and ensure you understand how each biome works, the dangers lurking inside it and what you can gather from it makes it, unlike most survival games. Thankfully, with the Scanner, you can use it to find the right resources. The gameplay loop will not be everyone, there’s a ton of freedom and progress is based on how much you’re willing to do in one sitting at a time. If this were any other survival game, I would have likely quit playing but the narrative was enough to keep me focused.

Each biome is better thanks to the way everything comes together. Biomes feel natural, and collecting, harvesting, and even base building are paced better than the first game because it is respectful of my time. That alone often made putting the controller down harder because everything I needed to progress was often within arm’s reach. Way down we go

Below Zero’s biomes are often excellent places to explore and some of my favourite moments are watching the wildlife in their natural state. Once you get a habitat set up, you’re free to use it as a base and go about your business. Watching the world unfold around you is a great way to understand the planet and as peaceful as it is, the small voice in the back of your is telling you to remember how dangerous everything is. By unlocking blueprints and gaining access to better vehicles, the wildlife of 4546B shifts from outright terrifying to meandering. Unlocking better equipment and vehicles bolsters your effort to reach the depths of the planet. Below Zero introduces the Seatruck, and this vehicle feels like it combines the best bits of the Seamoth and Cyclops into one modular design. Modules can be attached to the cabin that adds storage lockers, a bed, a fabricator, and a docking module.

Visually, the game is a treat and I only ran into one minor hiccup playing on PlayStation 5. A cool feature is the dynamic weather system Subnautica: Below Zero incorporated and while it is unpredictable, showcases the various weather systems like thunderstorms, hail, snowstorms and more. These do impede your vision and in a game where your being able to see is crucial to survival, add a layer of anxiety that makes the survival elements much better. 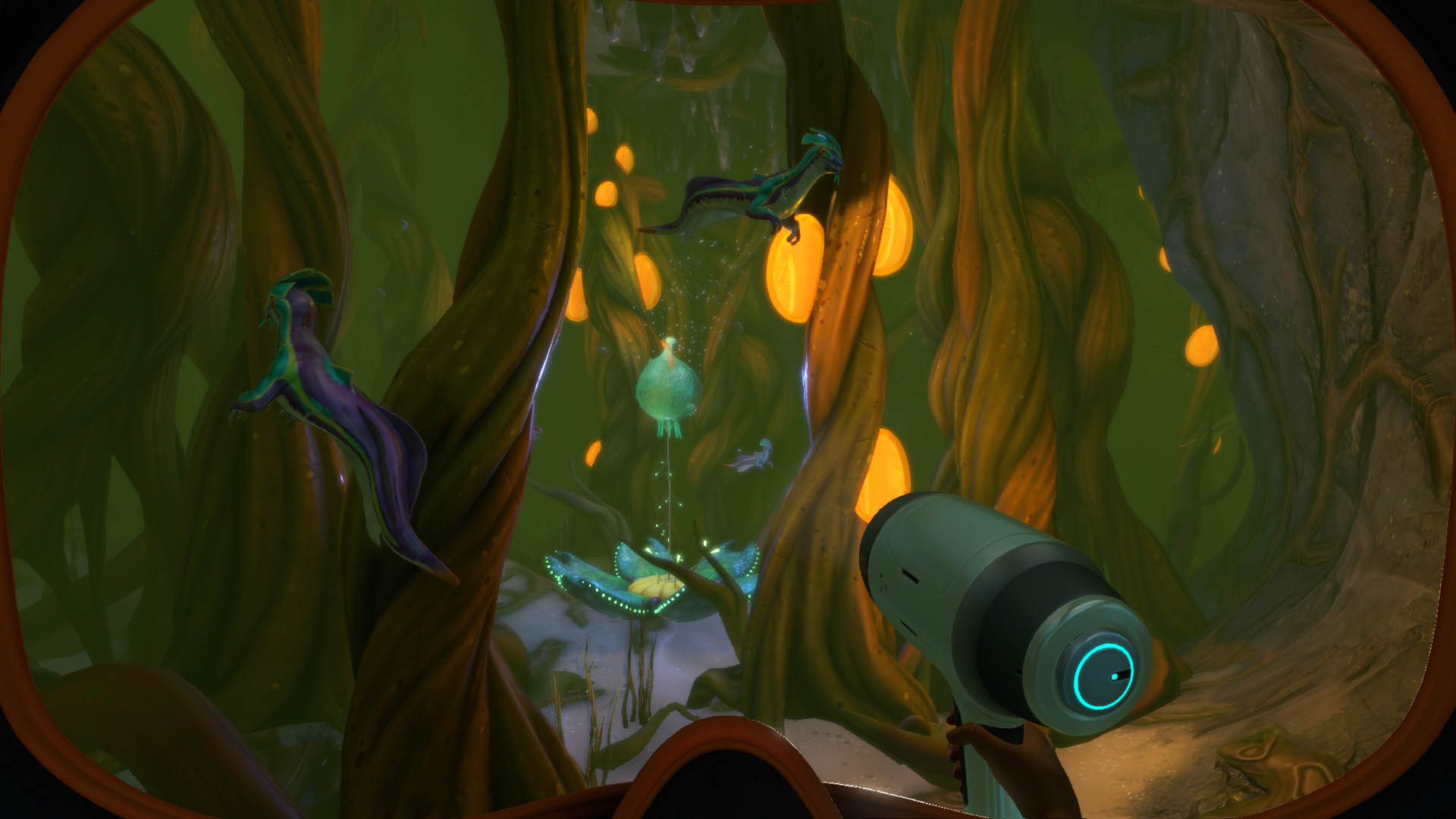 Subnautica: Below Zero is an excellent follow-up and a rare sequel that does the original justice. There’s always something new to discover, whether that’s new equipment or a new location, you’re always moving forward. With some of the best survival mechanics to date, there’s so much to do and see, and while it isn’t as big as the first Subnautica, it offers more to the player. With several tweaks and fresh land to explore, the moment-to-moment gameplay is smaller but better. Subnautica: Below Zero won’t be for everyone but the sense of freedom it offers is immensely fulfilling.