If DotEmu, Guard Crush Games, and Lizardcube hadn’t already convinced you that they are perfectly in love with the Street’s of Rage series to bring it back to life with the fantastically janky Streets of Rage 4, then let the new Mr. X Nightmare DLC be the add-on that finally shows you how much they care.

For just $22 dollars, you can enjoy one of Sega’s most arguably beloved arcade classics in the way it was meant to be experienced. And while it may not live up to the smooth HD experience of modern-day sidescrolling fighters, it’s an absolute joy to play. There isn’t a brand-new story arch in another giant open-world sandbox waiting for you. No, instead, there’s a load of new quality of life content, some returning fan favourite characters, an incredible new soundtrack and some awesome new game modes to keep you punching well above your weight class.

Perhaps the greatest new addition is one full of nostalgia. Series favourites Max Thunder and Shiva are back. And they feel like they’ve jumped straight out of Streets of Rage 2 — two classic characters who were previously — and rather suspiciously — absent from the initial release. There’s also the ability now to play the game as one of its more enjoyable beat ’em up baddies. But I’ll get to her shortly!

Max still hits as hard as he did back in 1992! He’s not so easy to play as he is slow and lacks a dash ability to keep him out of the way of harm. But fans will be happy to know that his run-away train of a rolling shoulder attack still functions as a solid dodge.

Shiva has had a change of heart and joined the good guys! And this is probably for the best because his new martial arts skills are sure to make him a hit with those looking for a character with speed and grace. Alas, it wouldn’t be a Streets of Rage game without fighters having a trade-off! Shiva looks down upon weapon use, so those crafty tools you’ll have dropped in the streets for you to use are only to be used as projectiles as long as you are Shiva. It’s a move that makes weapons harder to use and certainly much less deadly, but it is also super satisfying to clock a guy with a pipe you’ve just landed on. 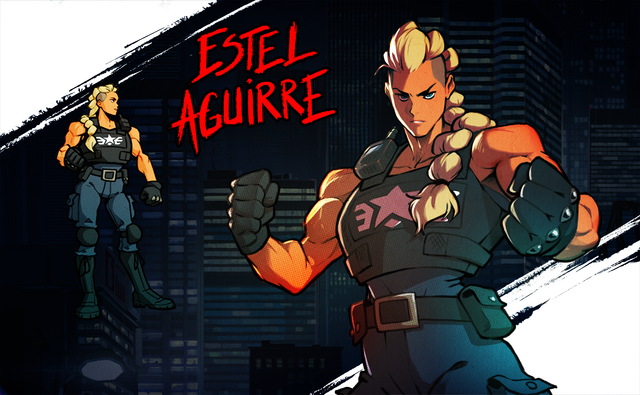 I’ve saved the best new character for last! Estel Aguirre is, in my opinion, one of the best bosses from Streets of Rage 4, so it’s awesome that she’s become a member of the team! Much like Max, Estel lacks a dash to keep her away from knives and fire blowers, but she is able to cover enough distance with her jump attacks and her ability to throw opponents and weapons that she more than makes up for what she lacks. Also, her special ability allows her to rain down fire on her enemies. It was super annoying in the base game because it always came down on you right when you were about to land a huge punch. But it’s super satisfying when you aren’t the target.

Sounds of the streets

In his YouTube description, he claims that Streets of Rage was a way for him to escape the boring streets of his hometown. And now, you can do the same with an 80s action soundtrack that I have still yet to find boring at all! I’m so delighted by the pulsing synth and various instrumentation throughout the game’s new music that I can’t actually recall a time where I started noticing a loop that was growing stale. If anything, the bombast nature of this new album has kept me training hard. Isn’t that what music is for?

It’s the kind of background music that would have young Luke gravitating to the Bayfield Mall Arcade back in the day to pump my whole allowance into whatever machine that music was coming from.

A huge measure of success for an arcade title, especially one that now has a bold training arena and Survival Mode, demands a soundtrack that’s going to keep you glued to the sticks. Lopes does this by punching the tunes to the max. The whole soundtrack grows in power and pride as you do.

Above I mentioned how a good arena needs a good soundtrack. Well, Streets of Rage 4: Mr. X Nightmare adds some great arenas worthy of the new music! 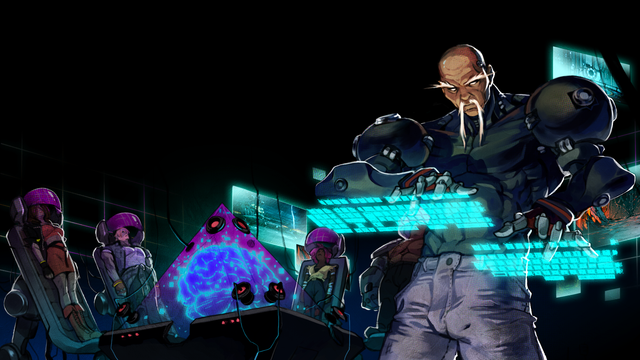 In the brand-new Survival Mode, Street of Rage 3‘s Dr. Zan throws you into his latest experiment — which is possibly the nightmare portion of this package: a fighting game staple of a VR arena where you and up to four people can take on a horde of some of the best bosses of the Streets of Rage series. There are plenty of collectibles added to the mix for you to collect. And you can do it wrapped up in a classic-looking arena that revisits some of the series’ best-looking moments! You also have full control over your move sets with newly added moves that will make you feel far more powerful than you’ve ever felt before. You can finally truly call yourself King or Queen of the Streets!

Streets of Rage 4 is a free for all

Added in today’s update is a number of free content! But I mean, with a DLC this cheap, it’s just so hard to say no! Even so, everyone will now have access to Training Mode — a sort of construct your own creation tool that allows you to add in baddies, bosses and weapons to the simulator and practice your beatdowns. What can I say aside from the fact that every foray into fighting games needs a Training Mode, and it’s great to see Streets of Rage 4 finally has one outside of its Arcade Mode. 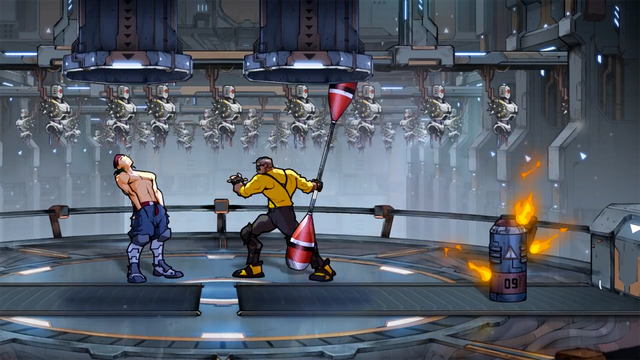 There’s also a number of free character appearance mods, a new tutorial and a difficulty mode that’s only for the stupidly strong… or the strongly stupid, I guess!

In a world saturated with expensive season passes that are essentially new games or the portions of existing games that have been left out, it’s refreshing to see developers offering such a perfect punch up to such a perfect game for such a small amount of change. Adding two classic fan faves and one of the most intriguing bosses as playable characters proves DotEmu, Guard Crush Games, and Lizardcube are listening to the fans. Can Tee Lopes do any wrong? I mean, his new music is sure to keep you down in the streets! I’m also sure many hours will be sunk into Survival Mode. Hey, the game is on sale! Do yourself a favour and pick it up!