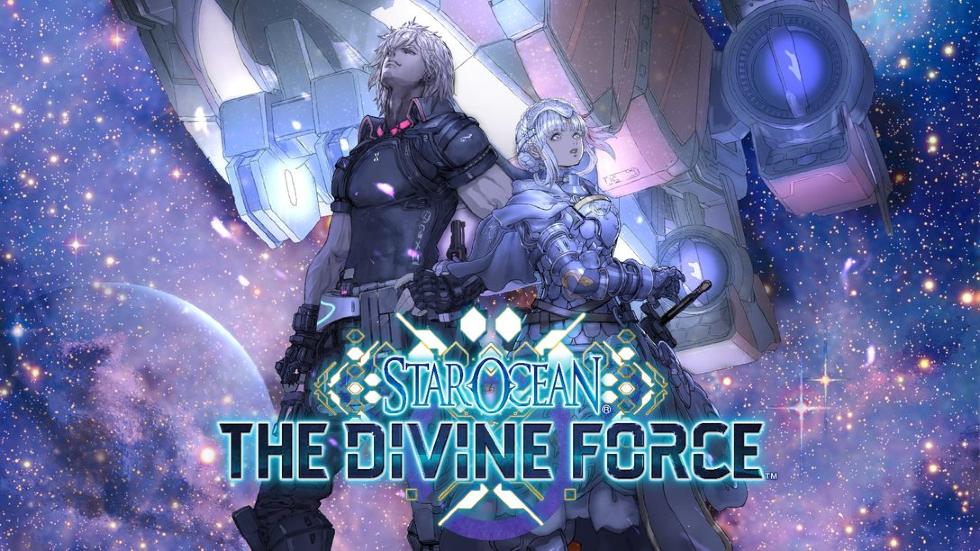 In the six years between Star Ocean: Integrity and Faithlessness and Star Ocean: The Divine Force, I had lost all hope we’d ever seen another entry. I was left disappointed by the last entry in the long-running series because it was clear from the start it had a tight budget, one that made the entire experience a chore. I’ve experienced the highs Star Ocean has seen with The Second Story, Till the End of Time, and to a lesser degree the Last Hope.

The series has never hit the highs of Final Fantasy or Dragon Quest but it is a series that means the world to me from a developer I want to see succeed. I’m glad tri-Ace is still around making games all these years later, even if it meant taking some hits along the way. The developer knows how important The Divine Force is to its success by revisiting ideas that worked in previous games.

A journey into the Star Ocean

Kicking off with a bang, Star Ocean The Divine Force introduces new protagonist Raymond Lawrence aboard his merchant ship the Yds. Things quickly go sour as the Pangalactic Federation shoots the vessel down. Crash landing on Aster IV, an underdeveloped planet within the region, Raymond quickly meets Laeticia Aucerius, a local royal, and Albaird Berghol, her security, before agreeing to join together. 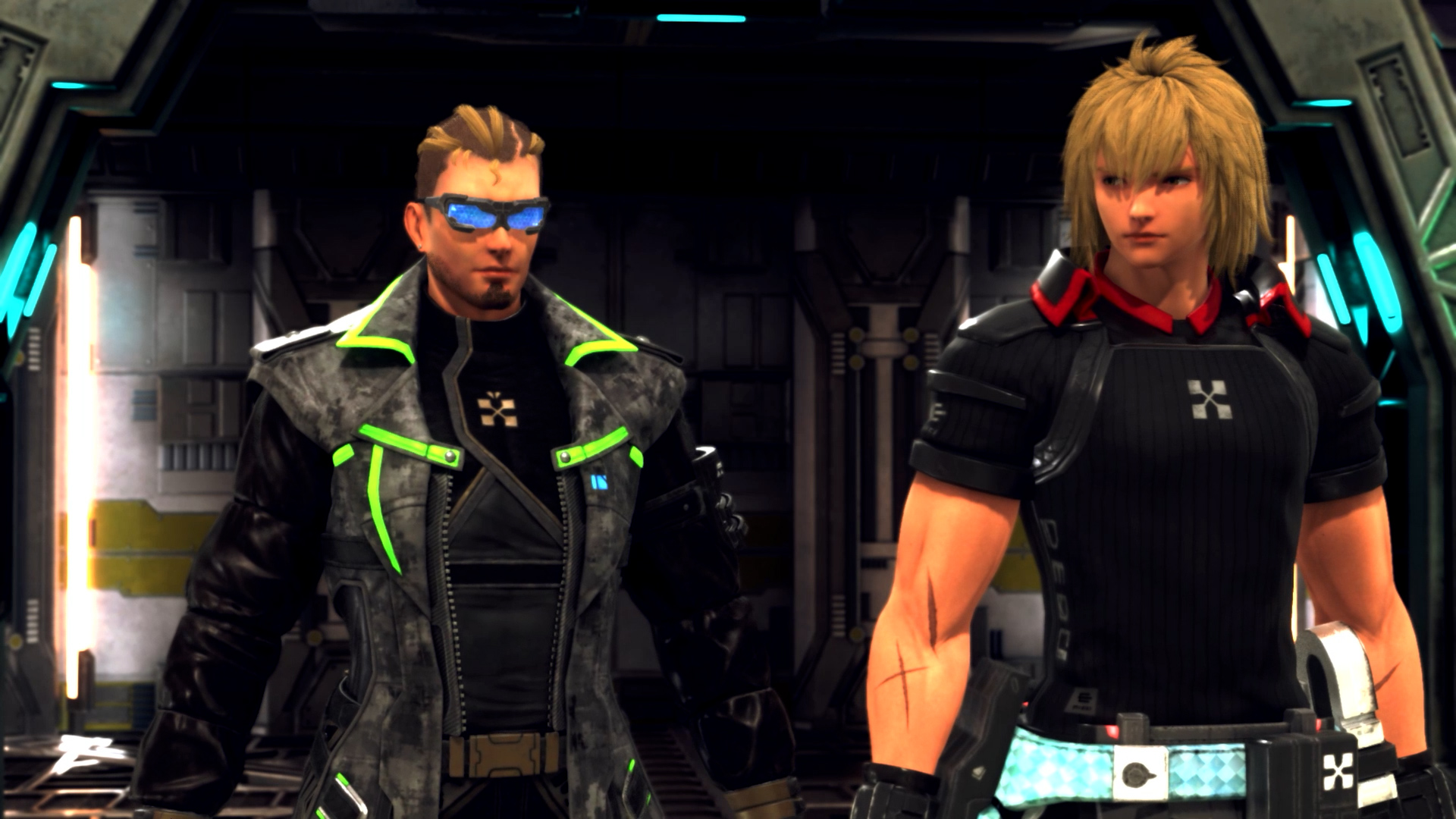 Harkening back to The Second Story, you are given the choice to stick with Raymond or Laeticia throughout the campaign. For the majority of your playthrough, you’ll follow your given protagonist but there are times when the party may split off leaving you left out of what the rest of your team is up to. Thankfully, there’s nothing to worry about and you can follow along with the story without issue. If anything, this choice at the start adds a level of replayability worth checking out once you clear the story once. 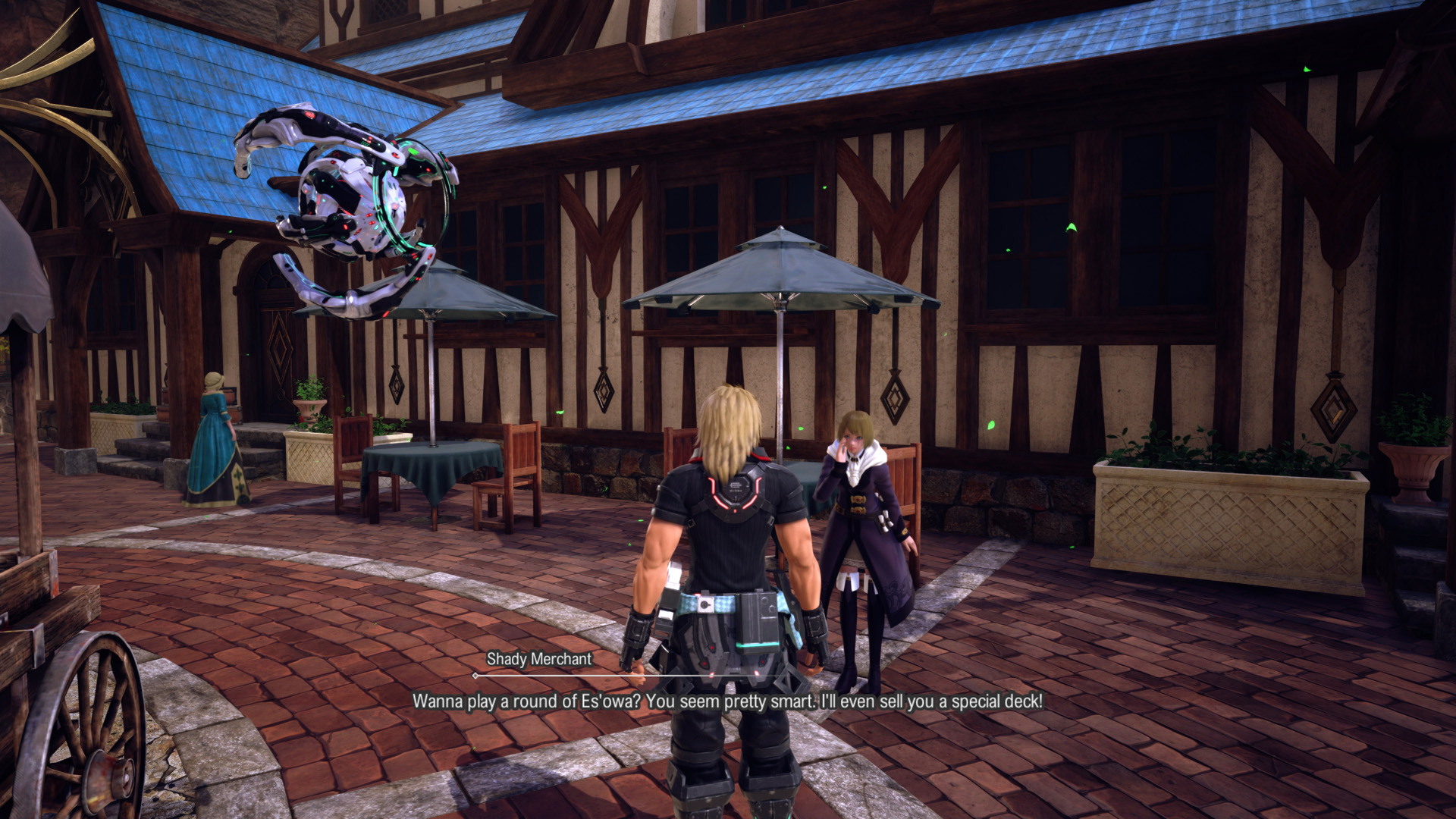 I picked Raymond as my protagonist and I had no issues understanding what was happening at any time. However, picking Laeticia as your hero offers more insight into the ongoings on Aster IV, she’s from the planet and understands its people so she’ll be able to give you a clearer picture of several things explained. On the other hand, there are a few characters unique to the hero you select at the start and only become available in that version of the campaign. You can’t go wrong in any case because it’s still a story you’ll be able to understand even if you miss out on some details.

The entire first part of the campaign flows along quite slowly, without any major flourishes and with fairly trite situations that JRPG players have seen on so many occasions. The narrative, however, improves significantly in the second part, opening up to the player and offering more narrative twists.

The story and characters have few ties to previous games, making life a lot easier for newcomers, but there is no shortage of references and callbacks to veterans of the franchise, such as the first and third entries, that will surely bring a smile to the most seasoned fans as it did for me. 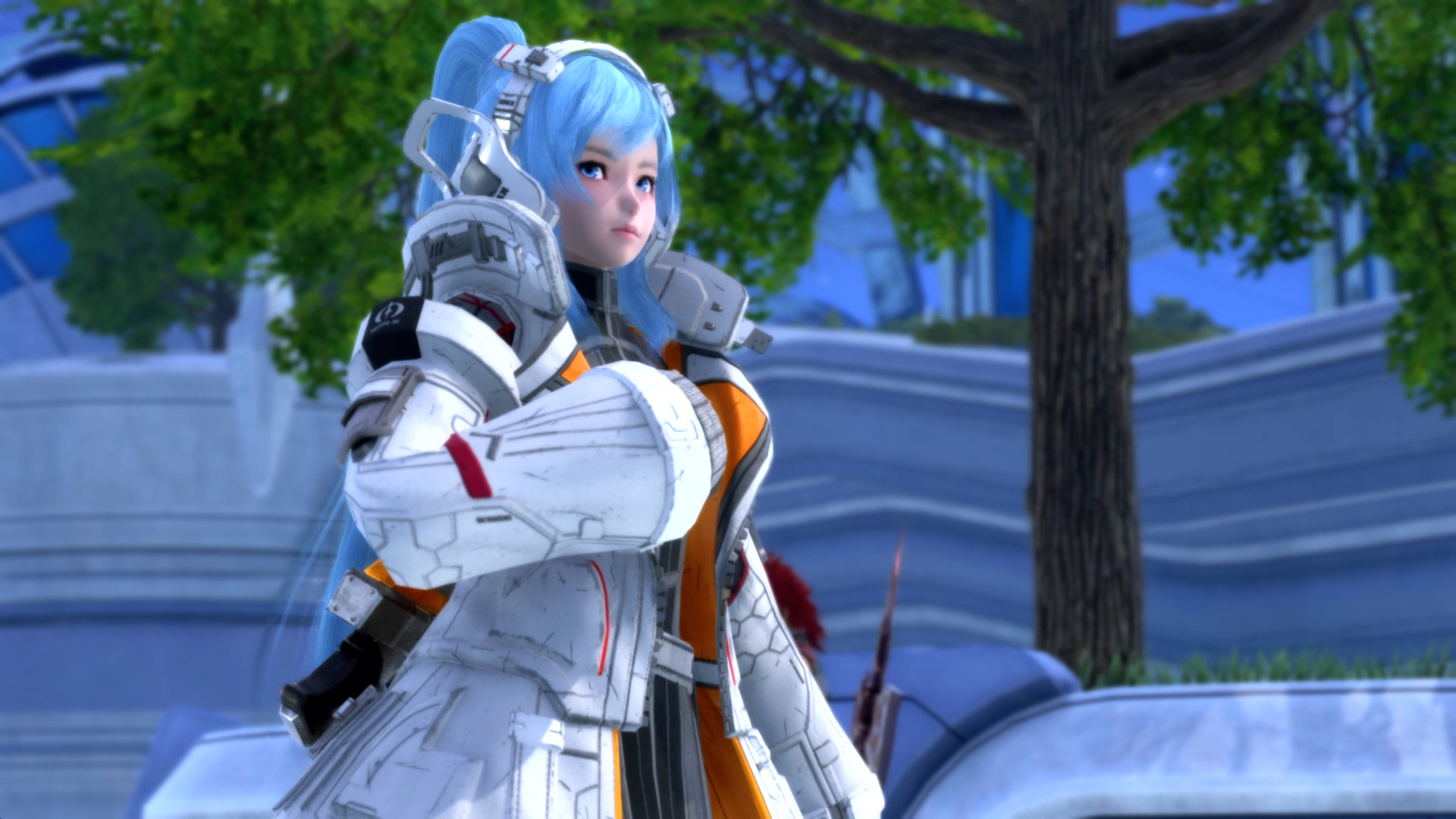 As is often the case with productions that are not exactly triple-A, the character modes are lacking due to the poor expressiveness of the characters’ faces during cutscenes, which are more twisted and mechanical than they should be, but, on the whole, the narrative does its job issues with a few slightly higher highs at the end of the campaign. The combat system has been heavily revised from recent entries while retaining the ability to catch enemies by surprise with aerial acrobatics enabled by the use of the D.U.M.A. Also, Blindside returns from The Last Hope, the last numbered entry that also featured the best combat system to date. One of the worst problems is the A.I of your allies, who, can also be controlled directly in battle but when left to their own advances have decidedly little care for themselves and the dangers around them.

But let’s take a step back and return to the combat system: it is structured on a tripartite system, with three different combos that can be associated with the controller’s front buttons, to be chosen from the many available in each fighter’s skill tree. The reserve of AP is not infinite, however; those who want to button mash will soon find themselves lacking AP and left defenceless. 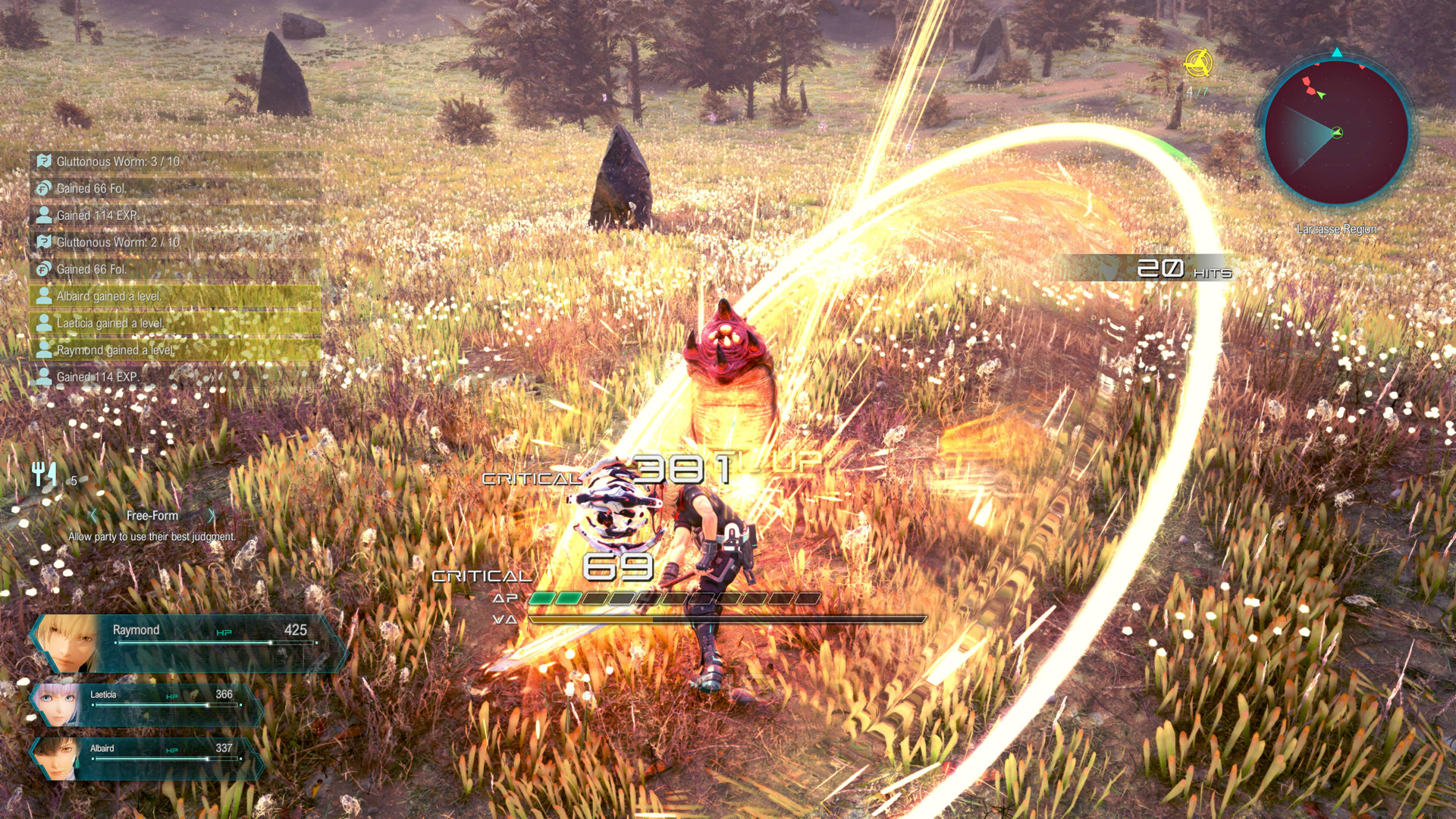 The aforementioned D.U.M.A. soon proves to be the real star of the show — during exploration phases it allows the player to hover freely, so as to reach otherwise inaccessible locations and scout for collectibles scattered around the map. Wandering around the semi-open maps thus maintains has some charm to it but I find many of the fields and locations to be bigger than necessary, feeling like they are shoehorned in for the sake of artificially extending your playtime. 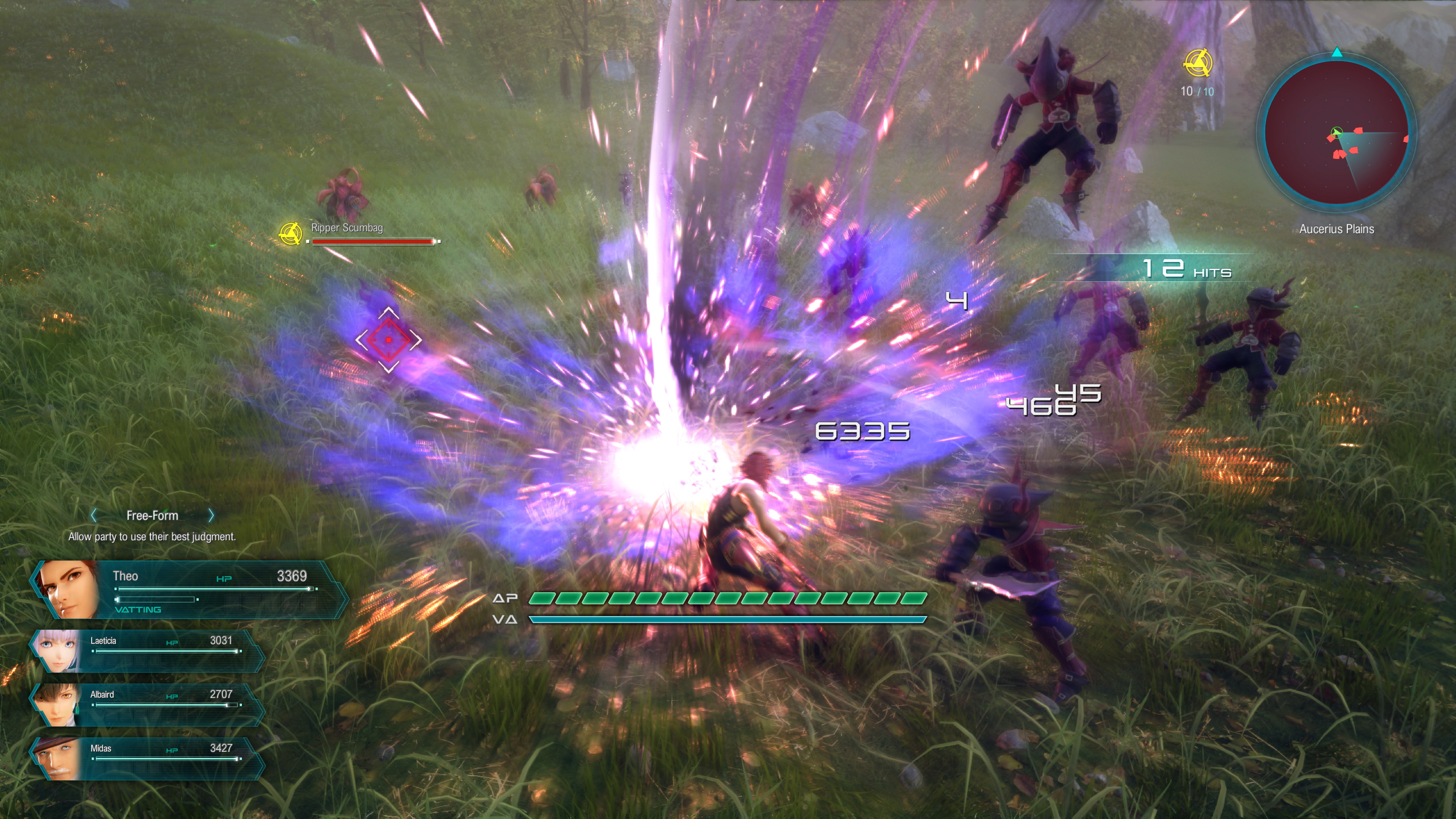 Menus are crucial to any RPG and earlier Star Ocean games got by because of the hardware they were on. In today’s landscape, a good menu system goes a long way and I’m not only talking about functionality. If I’m spending time looking at static screens, I want something more than the bare minimum. Sadly, The Divine Force lacks personality and it continues the trend of using subpar 3D models over the detailed and far-better 2D portraits. It’s something I absolutely did not like about The Last Hope (thankfully this was rectified in the International reprint).

Star Ocean The Divine Force wears the undeniable merit of bringing back a franchise that had been derailed after the disaster of Integrity and Faithlessness six years ago. Here we have an altogether enjoyable story, a reworked combat system, and a world worth exploring (even if it is bigger than it needs to be). On the other hand, the flaws, from an unstable framerate to sometimes low production values, including a sometimes confusing menu UI.

Recommended
Star Ocean The Divine Force wears the undeniable merit of bringing back a franchise that had been derailed after the disaster of Integrity and Faithlessness six years ago.
Liked
Improved mechanics with a reworked combat system
A likeable cast to interact with
Didn't Like
Menus are a chore, the UI is bare
Character models do not match the artwork
Related