Sonic the Hedgehog has had a busy schedule these past few years with movies, new games, and remakes filling his schedule. In 2010, things were a bit different for the blue blur as he came off the mixed but decent Sonic Unleashed before launching into the atmosphere with Sonic Colors, one of the games in the franchise up to that point. The once exclusive Wii title came and was conquered before landing on the 3DS. Now, Sega is understandably rereleasing one of the more talked about Sonic games with a few upgrades for newcomers.

Whether you’ve played the original before, the main thing to remember is it’s more Sonic the Hedgehog. If you’ve played one game in the series then you understand the basics of the series — Sonic goes up against Dr. Eggman in yet another one of his schemes. It’s exactly what you expect of the series but it comes with some good acting thanks to the talents of Roger Craig Smith, Kate Higgins, and Mike Pollock. You’ll get some laughs and chuckles but the plot isn’t memorable serving little more than a connection for each level.

What sets Sonic Colors apart from other titles in the series are the Wisps, adorable aliens from the Planet Wisp. Each colour of Wisp encountered by Sonic does something different from the next. A white Wisp, for example, gives a massive speed boost, the yellow Wisp gives you the ability to drill, a red Wisp turns you into a fireball and so on. Even to this day, the Wisps did something new for the series that’s yet to be matched and shook up the formula. It was a great change that has yet to be matched. As you progress in Sonic Colors: Ultimate you begin to lock even better Wisps that do some pretty interesting things without really breaking up the tempo. 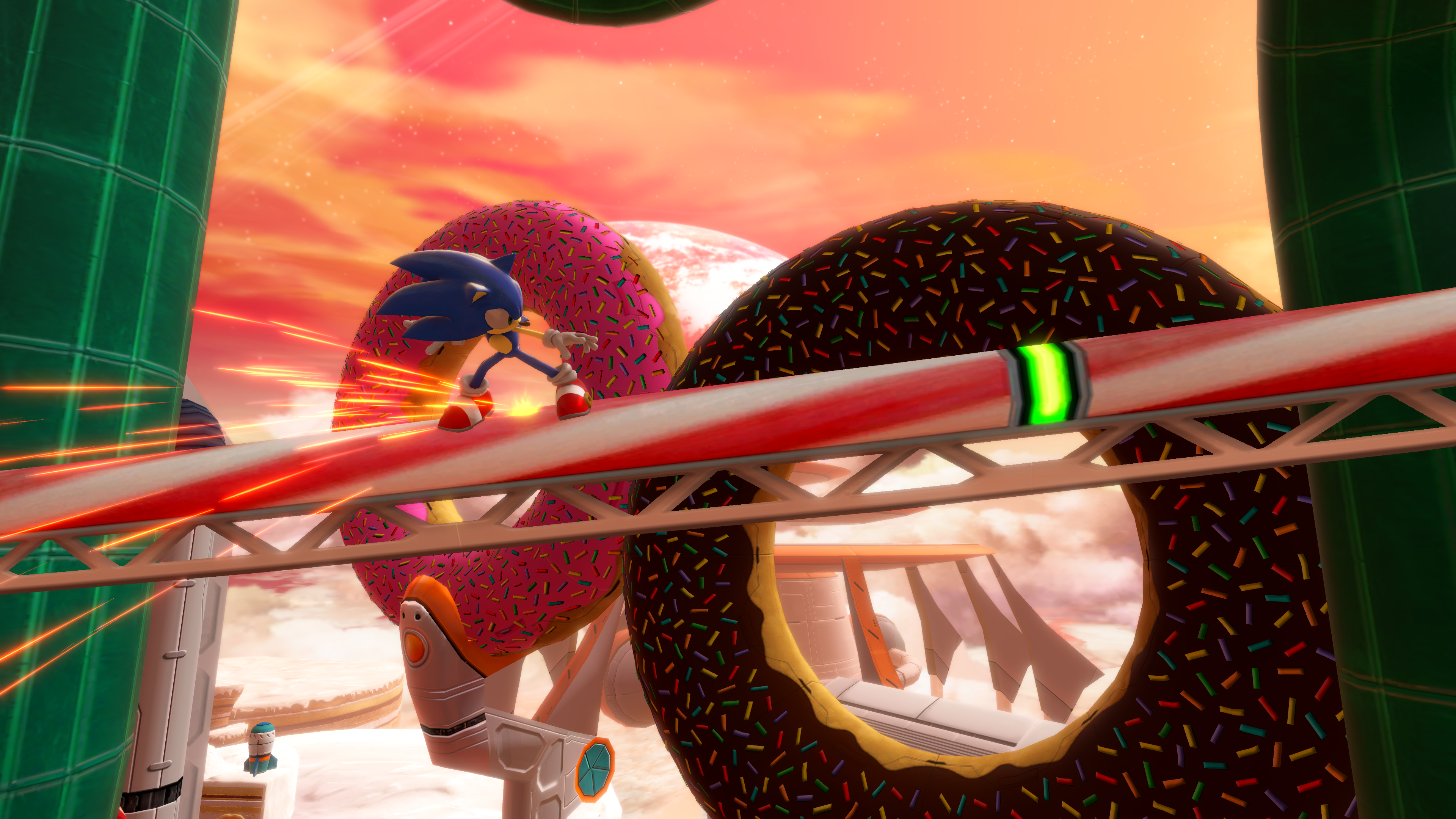 Another thing the Wisps do is make Sonic Colors: Ultimate replayable. The earlier levels begin slow and some don’t last long at all, with some levels being as short as a minute. You’re encouraged to unlock all nine Wisps throughout the roughly five-hour story mode and collect red wings, unlock Super Sonic and max your rank in every level. 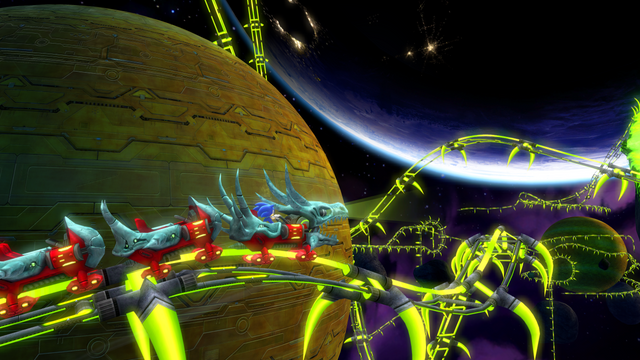 Sega added a new Wisp to the mix but ultimately, it’s not essential to the core experience and adds little to the game. With the Wisp, you can move through objects and it feels a bit uninspired and doesn’t really work. What does work is the inclusion of both 2D and 3D levels, alternating between the two views in levels to success. Sonic’s 3D sections are where the speed kicks in and sometimes still dampens the overall experience but the 3D sections feel more traditional thanks to some smart platforming.

Something I noticed when playing was the way Sega handled the music. I was left scratching my head hearing new remixed tracks in the opening hours, then listening to the original music found in the Wii version. Ultimately, I found this to be frustrating because there’s no way in the options to pick one or the other, leaving you with a mish-mash of music and you want the original because they are superior to the remixes. 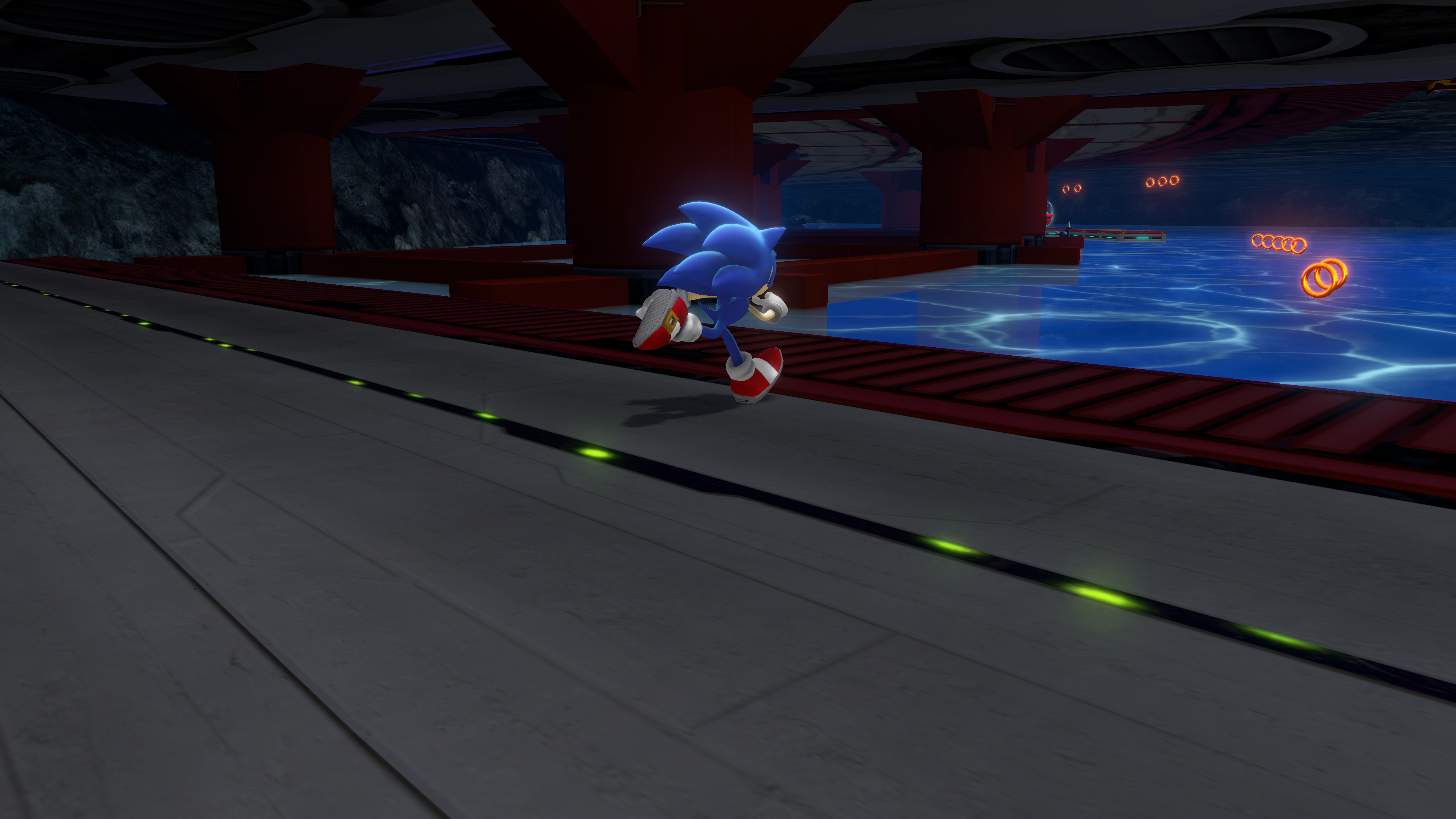 If you’re looking to face off against Metal Sonic, then Rival Rush is something to check out. You race against your nemesis in each level but to unlock this, you need to collect at least 15 red rings in each world. I found it was best to wait until you’ve fully unlocked the Wisps to make things easier for yourself. 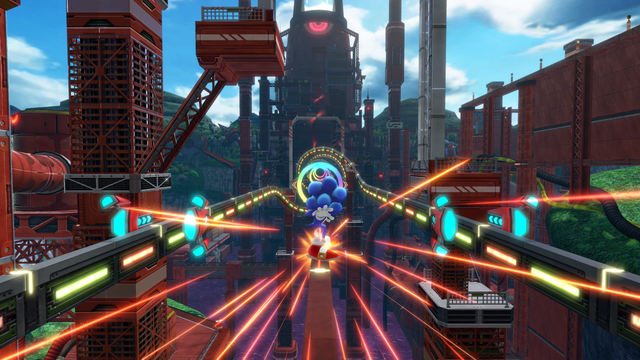 When Sonic Colors: Ultimate was announced earlier this year, the upgrade promised 4K visuals with 60 frames per second on consoles and PC. The experience is smooth and exactly what you want from a remaster but the pre-rendered visuals don’t do any favours to the game by showing how much the game has aged. Sonic Colors: Ultimate is a decent upgrade that adds a few bells and whistles to an already great game. While these aren’t exactly necessary upgrades, the resolution and frame rate boost make it worth not pulling your Wii out. A decade later, Sonic Colors is still the best 3D Sonic out there thanks to some inspired level design and the variety the Wisps add to the gameplay. However, the load times and glitches leave a bad taste in your mouth.