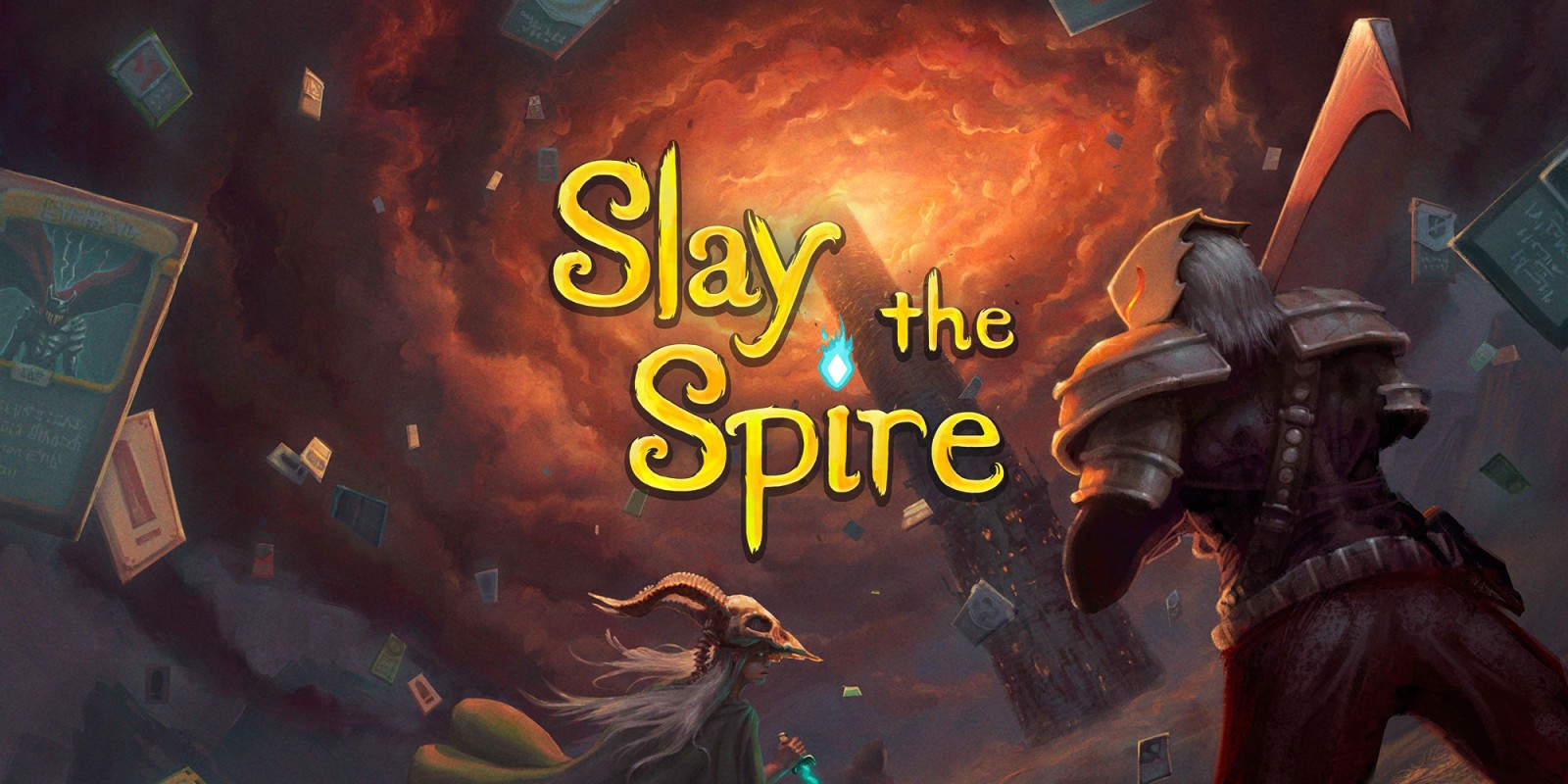 It has been almost two years since the initial release of Slay the Spire on PC and it is still going strong as it expands onto PS4. Players who approach it with the assumption that it will play similar to Hearthstone and Gwent will immediately be surprised that it offers a much more unique and rewarding experience that will consume many hours of your time. Let us embark on this journey up the spire together to see what aspects make up this successful deckbuilder experience.

Slay the Spire is a rogue-like card game adventure that focuses on building the perfect deck to climb the procedurally generated spire and attain victory. You will encounter many enemies, merchants, treasure chests, and unknown events that will lure you in with the hope of gaining items that will give you the upper hand in combat. Battles are turn-based encounters, but your attacks, commands, and spells are the result of playing specific cards that you acquire on the journey. You have three characters to choose from, each with their own advantages in combat who will offer a different experience as you progress to the top. Each character will start with their own deck that will be catered to their own specific abilities. There are hundreds of cards to choose from as you are continually forced to choose a card from a selection of three after each battle. Players will quickly understand the significance of selecting cards that will work well with the cards that they already possess. Each death, and there will be many, will make you re-think previous card selection choices and help you make better decisions going forward. You are given a very basic deck of cards to start each playthrough and it took me a few hours to realize that the option of removing cards at the merchant for coin is not only for cursed cards, but mostly for the unwanted early cards that were given to you. Understanding the complexities of forming a well-balanced deck will ultimately lead to being successful within Slay the Spire.

As noted above, there are three characters to choose from: Ironclad, Silent, and Defect. Ironclad relies on damage-driven cards while Silent’s expertise is poison and Defect utilizes magical orbs in combat. Each character requires its own specific approach to crafting the perfect deck. Assuming that a card that worked well for Ironclad will work well with any other character will likely result in lost opportunities. Having the right cards for the job is an integral part to building a deck that will aid in achieving victory, but knowing when to strategically utilize each card will be the tougher challenge to overcome. Taking a full aggressive approach against the enemy may result in losing an abundance of health when you could have easily played your blocks cards instead and done minor damage. Your skills will be tested and I assure you that it is one wild ride.

You will encounter rest locations throughout each act and it is here that you will be faced with a tough decision: to heal, or upgrade a card. Assuming you are not clinging to life with minimal health, it is wise to continually upgrade your best cards because your progression will be met with more powerful enemies who are eager to unleash a more furious beating.

The second most important aspect within Slay the Spire is the careful acquisition of relics. You can acquire them by defeating elite enemies and bosses, purchasing them from a merchant, and stumbling upon them within unknown events. Players are presented with more than one path to take to reach the final boss for each act and it is highly recommended that you choose a path that puts you against elite enemies and several unknown events to increase your chance of acquiring additional relics. They provide immense benefits to the character such as increased maximum health or energy, drawing additional cards, and decreasing the health of elite enemies. Players can also acquire potions that give you momentary buffs for the turn. I continually made the mistake of saving my potions, but when you are continually awarded potions after successful engagements you will either have to replace one that has been stored away if your storage is maxed out, or simply skip the pickup altogether. It is quite remarkable how much fun players will experience while dying within Slay the Spire. My initial few hours was met with continual death, but my sudden frustration quickly resulted in the need to start over and make a new attempt at prevailing over the spire. It is important to note that the experience will not be an easy one by any means. You will be frustrated, a lot. However, this frustration will not result in shutting off the game. It will force you to become better and keep trying. Every death will teach you something new to be used during your next playthrough.

Players will spend countless hours across the campaign, daily climb, and custom game modes within Slay the Spire. The procedurally generated layout will also increase the replayability as each new playthrough will offer different paths for you to take as you climb to each boss. Slay the Spire has been one of the most rewarding experience I have enjoyed so far in 2019 as I did not partake in the adventure when it was initially released on PC, but I am very happy to have enjoyed it on PS4. It is clear that its popularity is not slowing down either as it was recently announced that it will be arriving on Nintendo Switch on June 6. Slay the Spire comes with my highest recommendation as it is a deck-building adventure like no other and anyone who downloads it will not be disappointed.