Review: Shadow of the Tomb Raider

Remembering the first glimpse of the Tomb Raider reboot I had at a Microsoft event in 2012 left a wonderful impression on me. The first game in the reboot, simply called Tomb Raider, put us in the shows of Lara Croft, a young, inexperienced woman who was looking for answers about her parents. In subsequent entries in the series, we watch Lara transform into what we knew she could be, a hardened explorer who wouldn’t say no to getting things done. Her trials in Yamatai as well as what she endured finding Kitezh, paved her path to becoming what we know her as – Tomb Raider.

Grabbing the reins from Crystal Dynamic, Eidos Montréal closes off the saga that began in 2013, taking what was already established and putting their spin on the series, giving us a hybridized take on the acclaimed gameplay from the previous two games.

Continuing shortly after Rise of the Tomb Raider, Shadow of the Tomb Raider sees us visit Mexico with Jonah, Lara’s best friend and travel companion. Things aren’t like they seem, as we end up in Cozumel, looking for The Order of Trinity and what they are after. Following them through the area, Lara finds a dagger. This dagger ends up triggering the Mayan Apocalypse, which leads to a town being flooded as Lara attempts to escape the damage seemingly caused by the dagger. To prevent the end of the world, Lara must quickly learn how to counter what she has caused so she heads to Peru.

This is how the game begins – a selfish and obsessive Lara is doing everything she can in her power to prevent and setback Trinity as much as she can. Her skills have made her a hardened soldier who is clearly desensitized to what she is doing to people. This game is much darker than the last entries in the series and Lara’s actions and the way she deals with threats paint her in a different light this time. 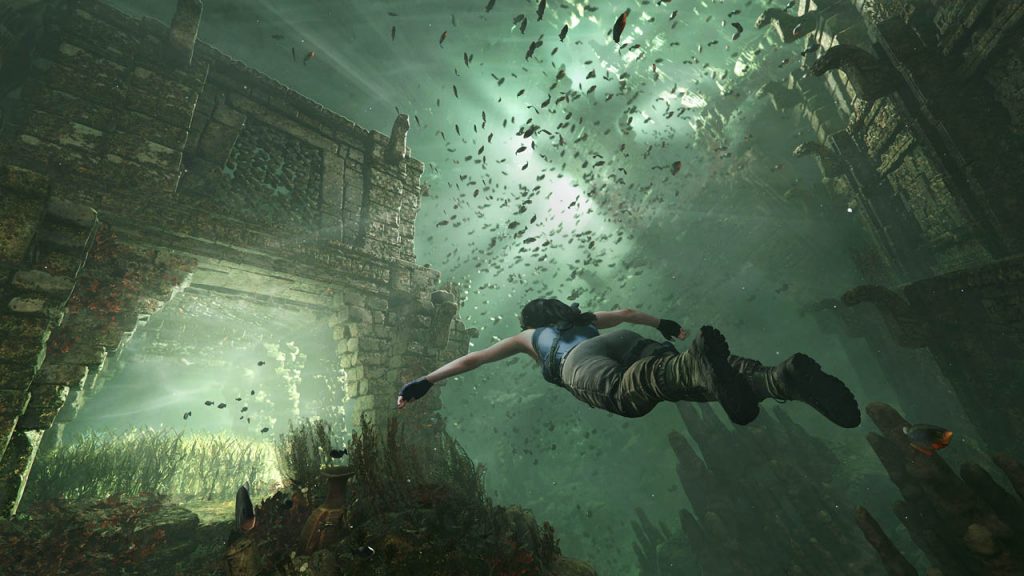 Jumping into a new environment where the jungles of South America are filled with animals ready to eat you alive allows the series to breathe a bit. There’s a ton of character interaction within this new world built for Lara to plunder, giving us a new look at a familiar face. Often throughout the game when speaking to the residents of Cozumel or Paititi, Lara would be grilled about her purpose there.

You’ll hear more throughout your playthrough, which lasts anywhere from 25-30 hours. Speaking to the inhabitants that litter your path provide insight, giving you something to ponder over as you leap across ancient ruins, battle Trinity, and solve several puzzles that are some of the best the series has seen. The third entry in the rebooted series is more philosophical, what is Lara doing, why is she doing it, and what is the outcome of her decisions? With this chapter closing on Lara’s story, we see that her actions over the years have had a number of consequences but her obsessions left her blind to the chaos her own actions were creating, she may as bad as Trinity but she doesn’t see this. 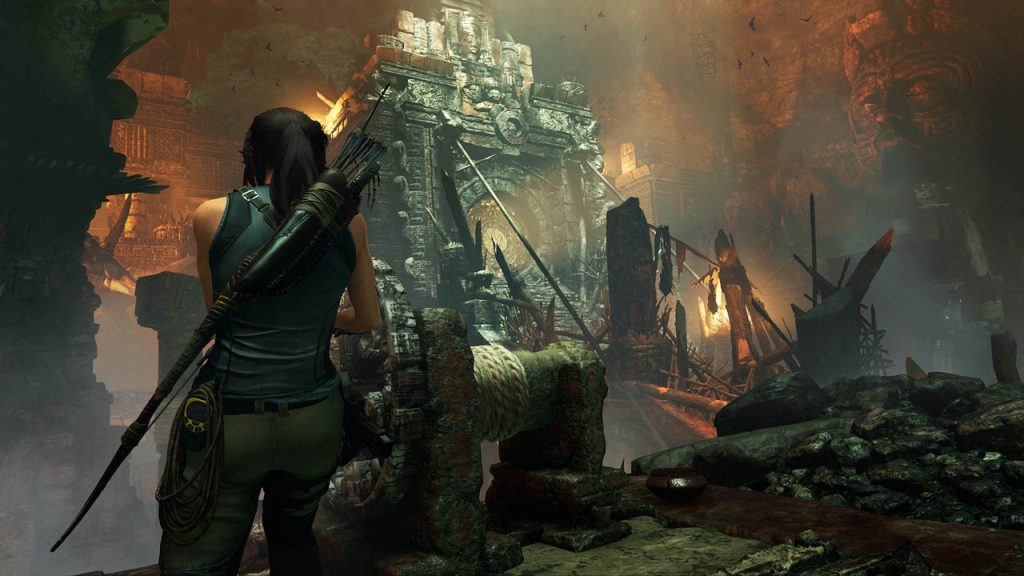 Crypts return and are spread throughout the semi-open world; each crypt is throughout and completing these grant skills to unlock in the skill tree. My favorite thing to do is finding these optional tombs, and as a new part of them, figure out how to get to them before trying them, these expanded scenarios are often devious and worth the time spent solving their secrets.

Exploration is a huge part of this game and the environments are beautiful. Dense jungles, lively cities, tombs and crypts, everything is gorgeously detailed. What I’ve noticed in each game is that they are set-up to be whatever you want them to be. Do you want a linear story to follow or do you want an open-world to explore? You can have both depending on what you want to do. Of course, in a game like this, you miss out on tombs and crypts, and much of the hidden items tucked away around the map.

Swimming is now a bigger element of gameplay and is crucial to exploring and solving puzzles, some even taking place underwater, but there is a certain tension I found when swan-diving off a cliff to under the water below that never settled, perhaps it was due to the eels or piranhas or maybe running out of air while attempting to do something. Thankfully, breathing underwater was handled well and I never felt like I never had enough time to explore my surroundings, and the very welcome unlockable skills that increase my swim speed and breathing duration are valuable skills.

Combat takes a back seat this time, partly due to the abilities Lara has garnered throughout her adventures. Instead of engaging enemies in firefights, I’d often hide in the shadows taking out enemies one by one. By using the new feature in which you cover Lara in mud, I’d build a Molotov cocktail, toss it at the group of enemies in front of me and watch the chaos unfold as I crept around them and onto my next unsuspecting target.

With Eidos Montréal developing the Shadow of the Tomb Raider, the studio decided to open up the levels to allow player creativity as they move through the jungle. The studio describes figuring out the logistics a nightmare, but worth the effort.  The best way to approach an encounter is by being thinking outside the box and using the environment to your advantage. Weapons can be upgraded with salvage, skins, and an assortment of other items, opening more available options for use.

Enemies types give an assortment of a challenge. While some are easy to dispatch for Lara, others will need some work before being struck down and you’ll need to remove their helmet before downing them permanently, and most encounters are open to interpretation. Do you want to go full stealth and blend in with your surroundings? What about going in guns blazing, while tossing grenades all over? you have the freedom to proceed how you wish.

You’ll gain the required skills to navigate South America through three skill trees. Each tree is distinct and offers many abilities that improve Lara’s abilities in combat, resources and, and combat. Placing points in each category give actual progress and offer such abilities as chain kills, added resources, holding your breath underwater longer and so on.

Shadow of the Tomb Raider closes out Lara’s saga in a wonderful fashion. With the darkest entry in the series, we get a look at what it means to be selfish, what obsession does to people and the repercussions that follow. While one chapter closes, hopefully, we’ll see where the next chapter takes us. Some minor issues aside, the crypts and tombs are some of the best in the series, and worth discovering for yourself.

Hollow Knight Heads To PlayStation 4 And Xbox One