Review: Shadow Of The Colossus

In 13 years, I’ve played Shadow of The Colossus more times that I can remember. It doesn’t get old, and every time I return to this mysterious land, I find new ways to overcome the Colossi at hand. The original release was something special to many people, and the fact I sit here writing this review all these years later is a testament to how important Shadow of the Colossus is to the games industry. 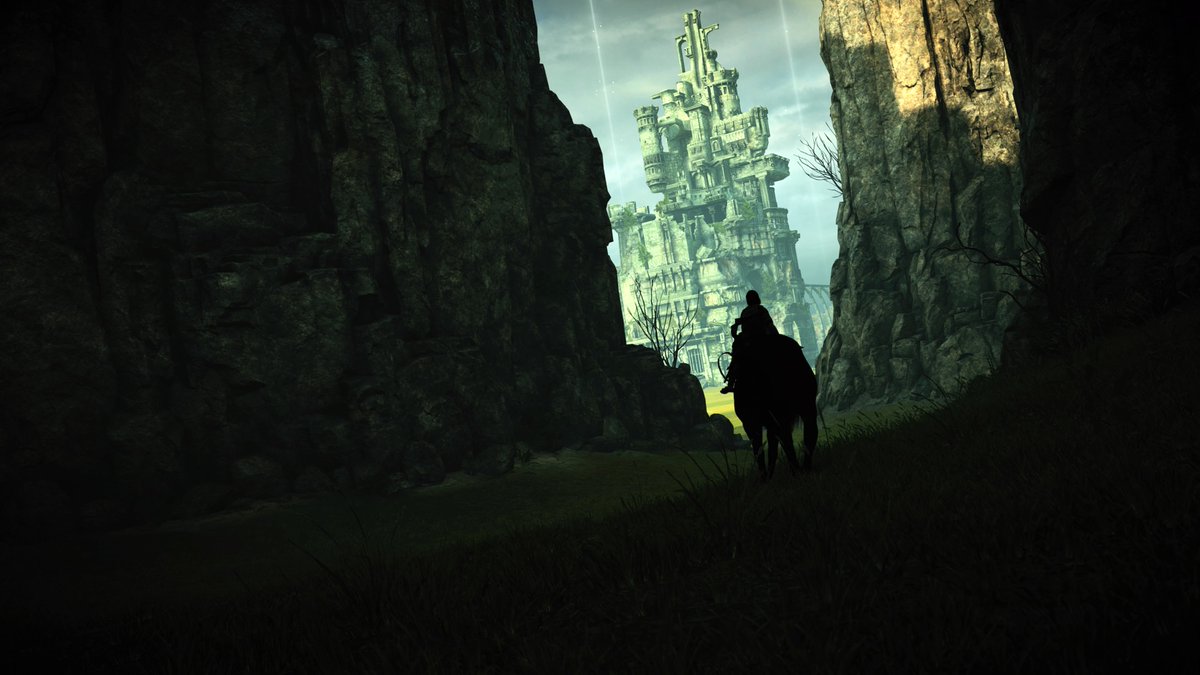 My first experience with Team Ico’s lonely adventure was a bust. I purchased the game with money I earned at my part-time job and spent the next week obsessively playing the game until one day my PlayStation 2 crapped out and I couldn’t afford to get another one. I ended my journey after the eighth colossi and never got the chance to play it to completion. Adam Sandler’s phenomenal film, Reign Over Me released the following year and low and behold, Shadow of the Colossus was a key part of the film, as Sandler’s character would play the game; this was because in the film, Sandler’s family was taken from his in the 9/11 attacks and these massive beings would fall one by one. It was a poignant comparison that made perfect sense. 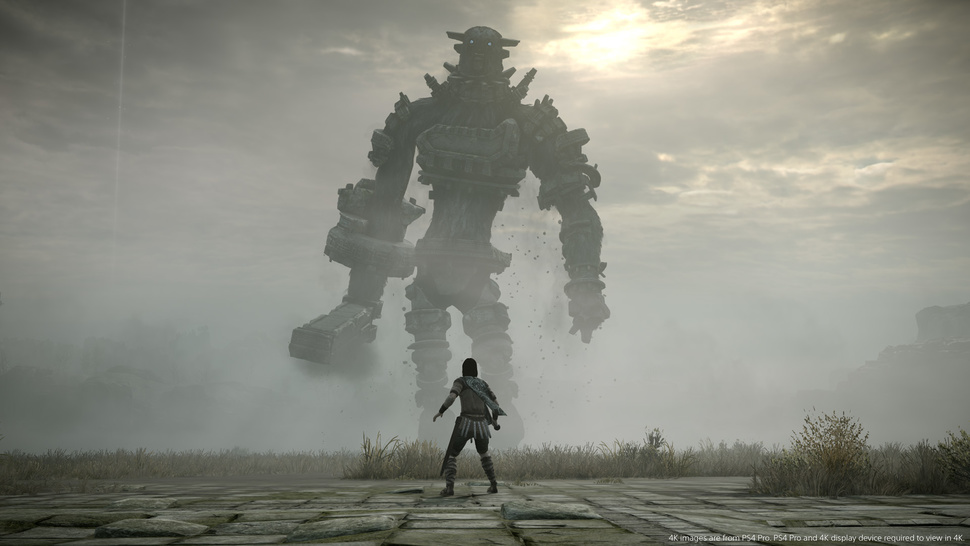 It wasn’t until 2011 when Sony announced a remaster would arrive on PlayStation 3 in HD, albeit with the same clumsiness that had not aged well, or the dullness of the world that didn’t translate as well as I remembered. It was still a great game at its core, one that I spent dozens of hours with after finally completing it for the first time.

Sony decided to team up once more with Bluepoint Games, the same studio that did a good job remastering Shadow of the Colossus for PlayStation 3, only this time, the studio was tasked with recreating the game entirely from the ground up for a new generation. Revealed at Sony’s E3 press conference in June 2017, many viewers were excited to experience such an important game in a new coat of paint.

Upon loading up the game, you are treated to a gorgeous cinematic introduction of Wander entering the forbidden land as he is chased by the royal guard, with him, is the recently deceased Mono, who Wander seeks to revive. Tasked with taking down 16 colossi, a deal is struck with the disembodied voice of Dormin, who agrees to revive Mono if the giant beings are struck down. 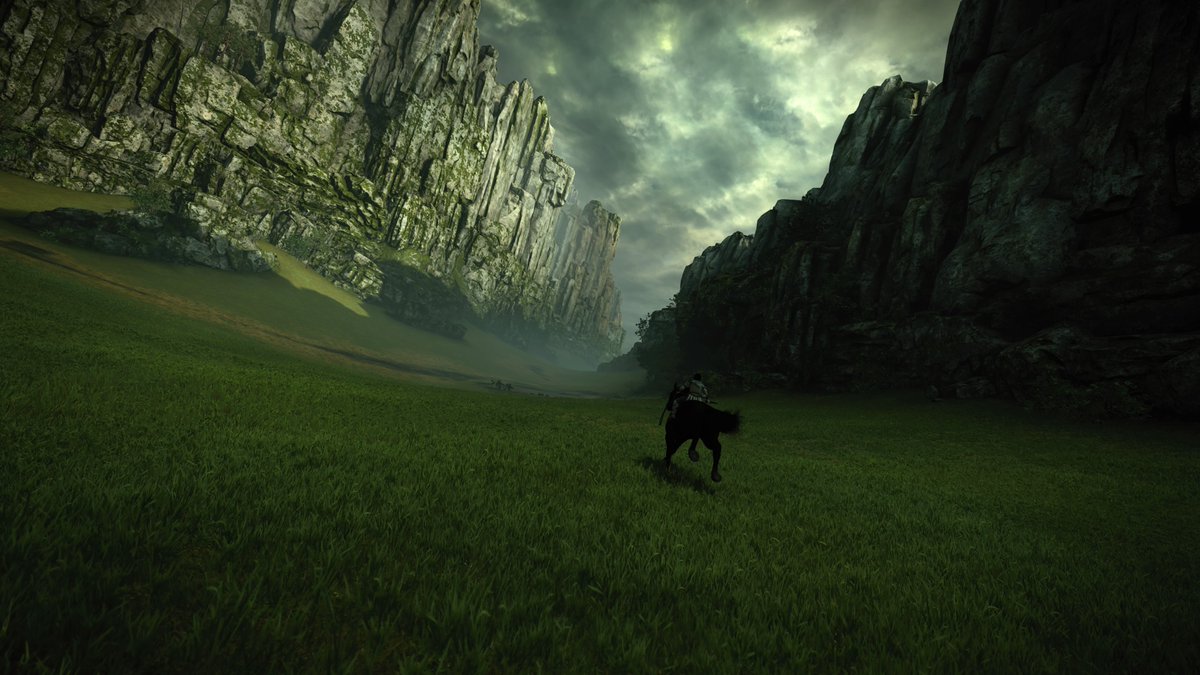 From here the loneliness of the world kicks in as Wander and Agro leave to seek out the colossi, there’s nothing to seek out, no towns to find or people to socialize. It is a lonely place, one that gave me anxiety the first time I played all those years ago.

To find the giant idols, Wander uses the sword he stole before the game began. This sword shows the way to each colossi and it is up to us to find them and figure out the best way to engage and overcome these towering monsters. Each of these beings will glow in certain spots when you shine your sword at them, from there it is a matter of navigating your way up to that point and then stabbing their weak spot, all the while minding how your stamina is being depleted.

Adrenaline coursing through my body as I engage each idol once more, the thrill of besting these towering beasts doesn’t fade from memory, instead, like a reflex, I engage them hoping my stamina will last long enough that I can wipe them out in one go. The thrill of the kill is the only way to describe how you’ll feel as you watch these otherworldly beings fall to their knees in defeat. 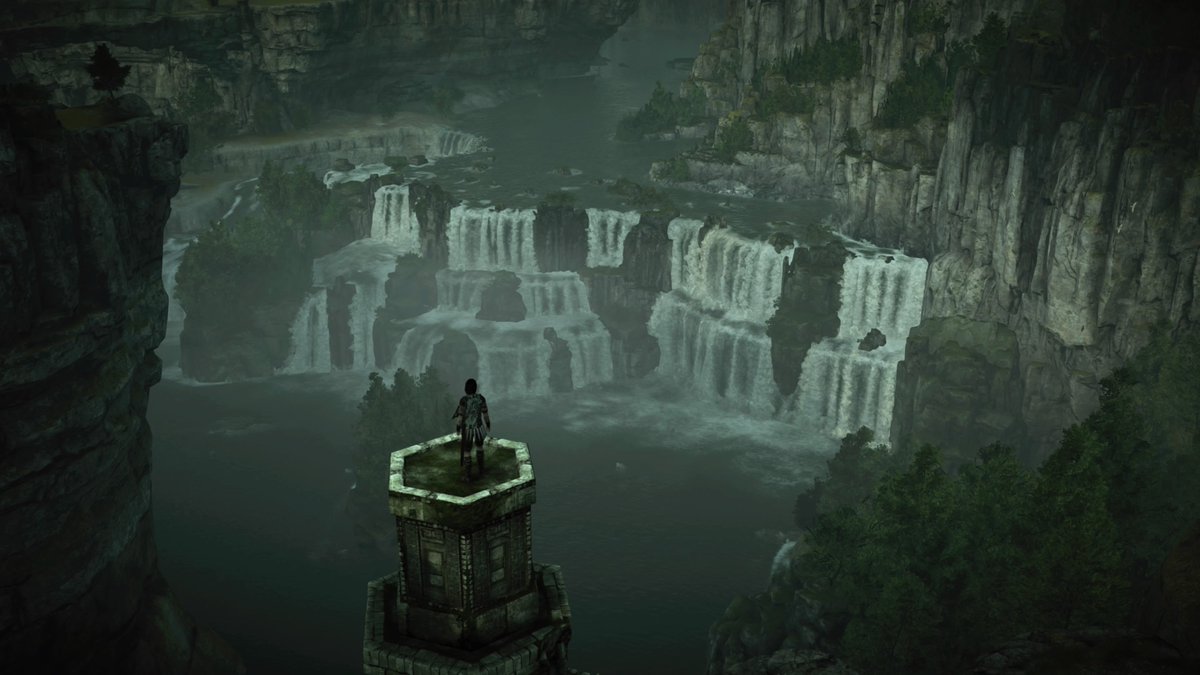 Being a complete asset remake of Shadow of the Colossus, Bluepoint has created one hell of a gorgeous game that I’ve had the pleasure of playing on my PlayStation 4 Pro. I had a hard time between choosing Cinematic mode or Performance mode, ultimately deciding that such a cinematic game like this deserves to be in Cinematic mode. I can’t describe how beautiful this game is in stunning 4K HDR, this is a new pinnacle for the console and a benchmark of how far we’ve come on home gaming system in just four short years on the market.

The lighting throughout the world, the way the water moves, how the sun rises and breaks through the tree line is a technical marvel. Climbing the first colossi and seeing how stunning the fur is rendered, and continually exceeding how detailed this forbidden world is as you explore new areas.

As I wrote my review, I was wondering what was changed from one generation to the other, thankfully I received confirmation on things Bluepoint Games did to make the game much better than I remember. Firstly, the way each colossi, Agro and the core gameplay mechanics remain unchanged, Bluepoint made subtle improvements that I feel have made the game better.

Improvements were made to how Wander handles his bow, now, when aiming Wander will turn and face the direction of the camera instead of turning the camera to match Wander’s direction; aiming was smoothed out and now allows for much precise aiming with the bow.

Riding Agro is now easier, as mounting your horse can be done from any angle, as well as being able to mount the horse while he is sprinting, it’s a neat little nod to Legolas and the way he mounts his horse. Agro can also tell you when he’s running at full speed, mitigating the need to continually press a button to make him go faster.

I was uncertain if these changes were in the remaster a few years ago, but learned that they were not, and instead were changed for this remake including swimming faster, easier weapon switching, improved ledge-hang jumps and lastly the jump and stumble, a move that sees Wander stumble less when he lands a jump, adding a fluidity to the gameplay. 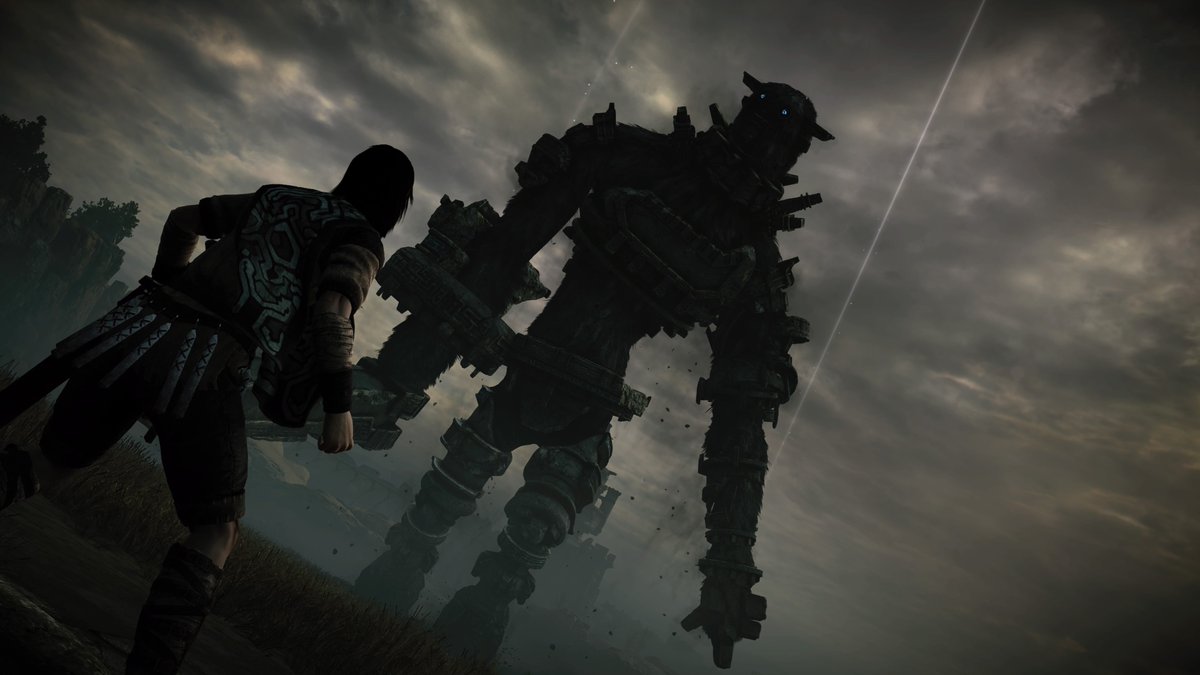 Bluepoint included a stellar photo mode full of tools and filters to take advantage of, with PlayStation 4 being able to easily upload screenshots, I continually found myself finding time to stop and capture my adventure to post to my Twitter feed.

Controls are clumsy and clunky, exactly how you remember them on PlayStation 2 and PlayStation 3 and is a certain weight to everything, how you swing your sword for example or get knocked down during an encounter. Some adjustments were made to the controls and welcome ones at that and while the new schemes are objectively better, they were initially difficult to adjust to after memorizing the original controls for so long.

Whether this is your first time or your tenth time playing, Shadow of the Colossus is a masterpiece. It is consistently compelling, engaging you to continue onward, to best the next idol. It is a testament to how important this game is to the industry as we return to it 13 years on, with as much excitement as the first time we passed through the forbidden lands. Combining the old school controls and challenge with a fresh coat of paint and worthy tweaks that enhance the gameplay in subtle and nuanced ways, there isn’t any reason to miss out on this necessary piece of gaming history.