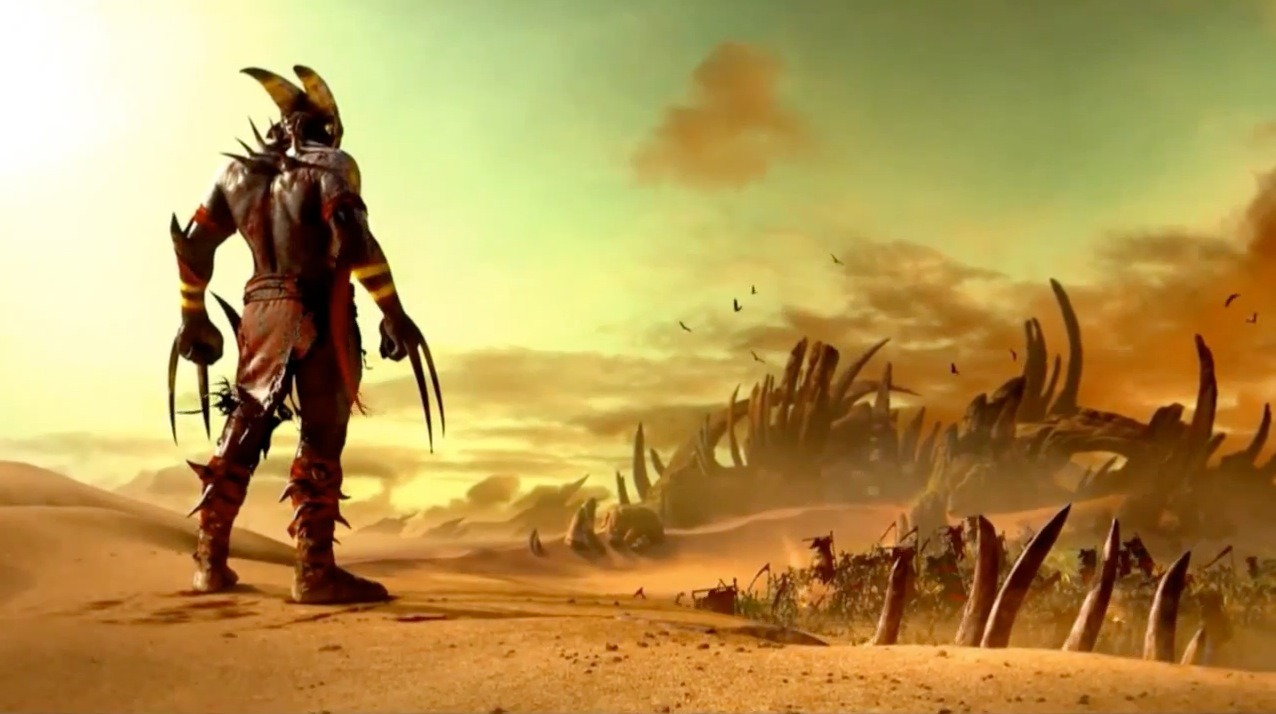 Review: Shadow of the Beast Being twenty-something I’m a bit young to remember the original Shadow of the Beast developed by Reflections and released in 1989. Originally released for the Amiga, the title was revolutionary at the time for its graphics and high-quality instrumental soundtrack. The successful reception of the original made me more than excited to test out the remake.

The re-imagining, Shadow of the Beast, was developed by Heavy Spectrum and aimed to highlight the success of the original. It follows the same story of the original, following Aarbron the beast. We first find Aarbron shackled to his master, Zelek, as they search for a human infant. In attacking those protecting the baby, Aarbron learns about his own pass. We learn that Aarbron was once a human baby that was kidnapped by Zelek, who also ran experiments on Aarbron resulting to his beastly form. In realizing his true past, Aarbron turns on his master, striking and wounding Zelek. Unfortunate for Aarbron, he didn’t finish him off resulting to Zelek sending minions his way.

The story is pretty interesting and although it follows the original the remake has an opportunity to do something that the original couldn’t, brings the story to life. Due to the technology of its day, the story was mostly told through the inserts boxed with the game. Now using cut scenes the story is brought to life in a way it couldn’t before.

Along with the story the remake keeps the action platform style and incorporates exploration into the linear segments. As you are progressing through the story there are areas that will force you to sway from the linear path, giving a puzzle element to the game. In each level you will have to explore the area in order to find illumination devices and health. Despite seeming very simple there are certain puzzles that are very frustrating, since you sometimes find yourself pursuing a certain path only to find out it was the wrong one.

The chapters of the game are introduced through a cut scene and then you explore the areas, some prompt a fighting sequence. When you start fighting barriers appear on each side of the screen limiting you from moving forward. The combat style forces you to deal with enemies appearing on both sides of you; you will quickly get comfortable with dodging in order to avoid getting overrun. Each type of minion has a different weakness and attack method, so as you progress you will get a better understanding of which attack is better for different enemies. In order to conquer the combat system you will also need to time your attacks, to avoid being countered.

The game also introduces new elements that weren’t apart of the original, in an effort to increase the replay value. Including tracking your friend’s scores and other accomplishments on the leader board. As well as, a timed mini-game that requires a lot of button mashing to decapitate your friends beast, this is quite entertaining.

Overall Shadow of the Beast makes an effort to bring back the successes of the original. It explores the dark story further with added cut-scenes and sticks to the platform style that plays well. Besides the social elements and mini-games (that are quite enjoyable) there is nothing new about the game. The original was praised for being revolutionary and although the remake does pay homage to the successes of the series, it feels dated. It would have been nice to see new more interesting elements in the main story.