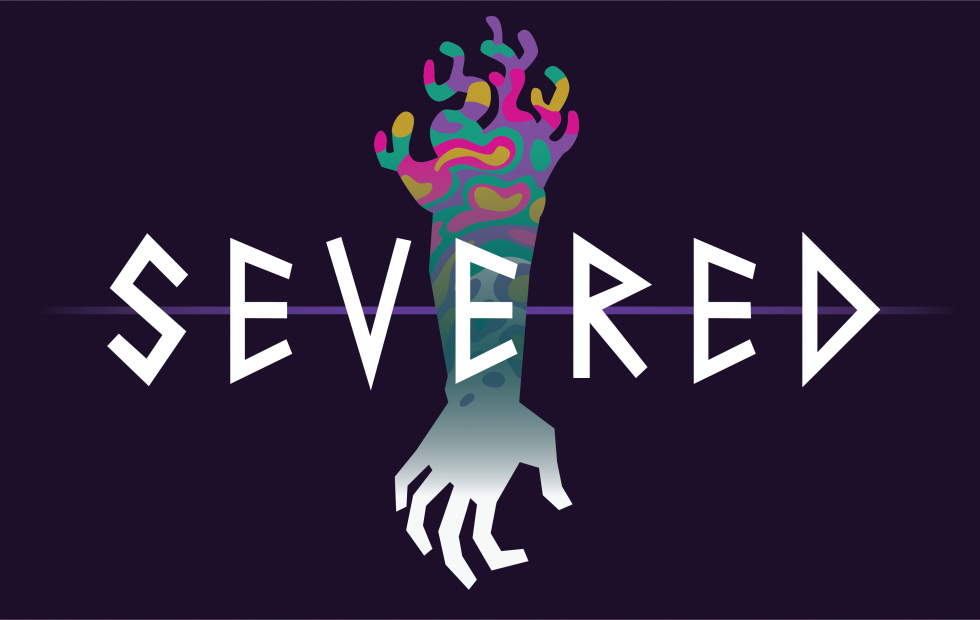 With DrinkBox Studio’s Gucamelee! 2 recently ported to Switch, we thought it was an excellent opportunity to take a look at one of the studio’s other games on the console; Severed.

Back in April of 2016, the indie Toronto development studio, DrinkBox Studios released Severed to PlayStation Vita. As a pseudo-follow up to their acclaimed Guacamelee!, Drinkbox Studios kept some of the design aesthetics and built a touch-based dungeon crawler around it.

Later that same year, Severed was released to a broader audience. DrinkBox ported the title over to mobile devices, plus Nintendo’s 3DS and WiiU. DrinkBox gained recognition for their title and even landed a nomination for Best Mobile/ Handheld game at The Game Awards. Despite being a smaller studio, the team created a title strong enough to compete with the likes of Pokemon GO, Monster Hunter Generations, and Clash Royale.

The following year, Severed once again got ported to another console. This time, it landed on Switch.

To catch you up to speed, Severed takes place in a colourful, but frequently dark world and is played in the first-person perspective of a one-armed warrior named Sasha. Sasha is quickly woken to her home in disarray and her family gone. Sasha is given the unique ability to absorb powers by severing limbs from the creatures that inhabit the world around her. Light-RPG mechanics are incorporated in that during each enemy encounter, the player has the opportunity to slice off arms, eyes, and other pieces of their opponent. These pieces can be combined to increase health, defence, and many other attributes all found on the skill trees. The further you get in your journey, the more skill trees you unlock. The enemy and boss encounters are the crux of the gameplay. As you explore each location and dungeon you will stumble upon various enemy types. You can attack each enemy and parry incoming attacks by swiping the screen. Timing and learning the enemy patterns is essential––especially when up against multiple enemies at once. It won’t take long before you build your rhythm and can bounce between each enemy fluidly.

Severed is inspired by classic dungeon crawler games such as Eye of the Beholder. Each dungeon offers many puzzles and challenges to go through. There are even a few Metroidvania aspects littered throughout. Defeating a boss will unlock a new ability, and these abilities will often be prerequisites for completing puzzles, meaning you will have to double-back to previous locations if you want to go for 100% completion.

That’s the long and short of it when it comes to Severed, but how does it compare now that it is on Switch? Well, the game itself is just as good, but there are a few gripes. Having completed Severed on Vita back in 2016, it was a sheer delight to jump back into the title once more.

The game itself is unchanged. It felt like riding a bike but only with more hacks and slashes. Severed, while thematically a dark game brings heart and humour through character interactions. There is a bevy of side characters you will encounter that will undoubtedly make you smile. I’d be remiss to not mention that whether you are playing on your couch or during your commute, plug in a pair of headphones and enjoy the sombre and beautiful music laid out by Yamantaka // Sonic Titan and Pantayo. Playing on the Switch and having the larger screen size (even though it is a mere 1.2 inches) is terrific. The colours of the landscapes are vibrant and beautiful, each location pops. While the environments and dungeons have a slightly minimalist design, the art team at DrinkBox have put in a lot of care into creating a world that feels unique. Having slightly more room to swipe on-screen is a huge plus.

However, having a larger screen came at a cost. Playing Severed on Switch is a slightly tricky experience. As Severed is only playable in handheld mode, I have yet to find the perfect way to hold the handheld without having to switch positions between navigation and combat. The only way to move Sasha from screen to screen is by using the Joy-Con as there are no onscreen directional inputs. Due to the weight and length of the Switch, the positions needed to hold the console while swiping can be a bit awkward, preventing prolonged play sessions.

Although the experience can be hindered, Severed is a perfect game to play while on the go. Combat is fast and fluid. Though there are challenging encounters, each feels rewarding upon completion. Fans of dungeon crawlers or fans of the games DrinkBox Studios creates should not miss Severed. It is without a doubt one of the most satisfying and stylish experiences that take advantage of the Switch’s touch-screen capabilities.

[A copy of the game was provided to us for review purposes.]