Bandai Namco’s Scarlet Nexus didn’t really impress me when it was initially revealed but little by little, the latest title from the Tales of Vesperia team is finally here. For a game of this calibre though, it certainly feels like it hasn’t gotten the attention it deserves. There’s a lot to love about Scarlet Nexus after spending the better part of the week diving deep into the story and mechanics of this fast-paced and thrilling action RPG.

Set in a distant future where mutants known as the Others are loose and hunting down humans, you play as either one of two main playable characters, Yuito Sumeragi and Kasane Randall, two individuals who have the ability to use Psychokinesis. In the far future, humans have discovered a special genome in the brain that enables humans to unlock supernatural abilities, which are used to battle the Others. Recruited to the Other Suppression Force, you’ll use your powers to exterminate the Others and save humanity.

Scarlet Nexus is Brain Punk and Wants You to Know it

While Scarlet Nexus sure looks like any other cyberpunk game, and I wouldn’t blame you if you thought it was, Bandai Namco touts it as being brain punk. If you’re curious what this exactly means, the humans in the world of Scarlet Nexus can unlock the power of their brains, giving them extraordinary powers like control of gravity, or fire, and electricity and so forth. You’ll see and explore the world of New Himuka, a futuristic city full of glowing advertisements and robotic vendors. You begin as a recruit of the OSF but not before picking between Yuito or Kasane. The two recruits have different specialties with Yuito being from a prominent political family within the city and a melee fighter, and Kasane, the top of her class and a skilled ranged fighter who uses kinetic knives to deal with enemies.

The battle system in Scarlet Nexus gives you the ability to utilize your party’s psionic powers in various ways. With psychokinesis powers, you can move objects with your mind, so using the environment in battle is recommended. Paired with the Struggle Arms System (SAS), Yuito and Kasane can link with other party members to leverage their abilities or combine them. With SAS, you can boost your party’s potential is tapping into Hanabi Ichijo’s Pyrokinesis and enhancing her psychokinesis and melee attacks with her pyrokinetic flames. You may find barrels of oil in some areas and by throwing them at susceptible enemies, you’ll boost the damage inflicted on the enemy. Gemma Garrison’s Sclerokinesis can be used to provide short-term immunity from damage for a temporary defensive advantage.

There’s also the Brain Drain mechanic, a meter that builds up over time and your character uses to enter an elevated state of power. There’s also the Brain Field mechanic which essentially is like using Devil Trigger in Devil May Cry. Combat can become overwhelming once all the mechanics come into play but it also allows for some extremely funny moments.

The use of your psychokinetic powers drains a purple gauge next to your health bar. Flinging around objects of varying size takes a mental toll on your character and refilling is done with melee attacks.

Progression is made through the Brain Map, you unlock skills using BP (brain points) of varying amounts to unlock buffs, enhance strength or activate new skills for your character. Combat feels sluggish at the start of the game and it isn’t until a handful of hours later when you’ve begun unlocking new skills that the mechanics begin to jive.

Your party’s abilities are mapped to the face buttons and activate by pressing R1 and the corresponding button. You have a certain amount of time each power is usable in battle followed by a cooldown period. Alternatively, pressing R1 and R3 will cancel the ability manually. 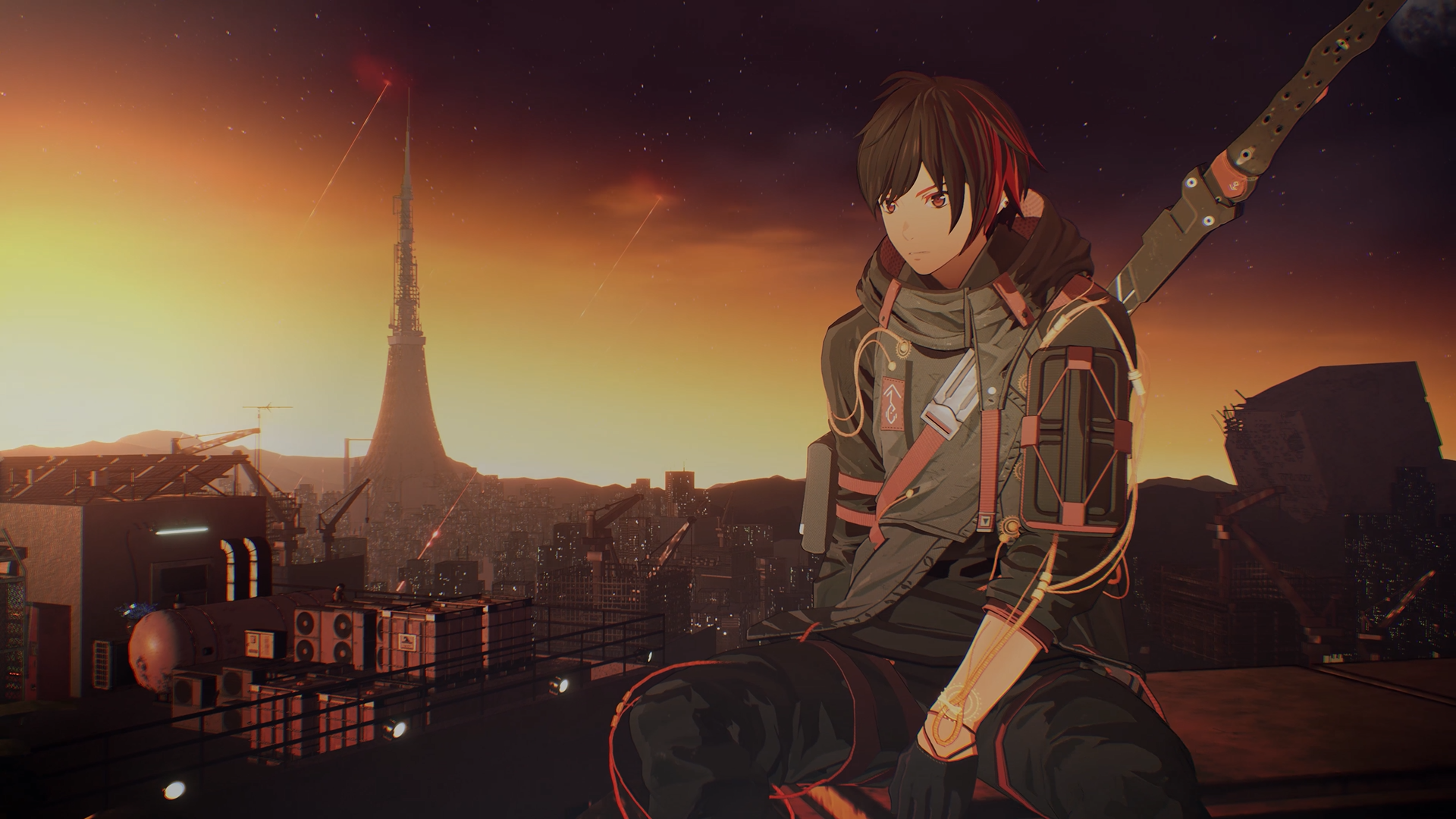 Hideouts in Scarlet Nexus serve as a place to recover HP and socialize with your teammates. You’re free to return whenever you want and even give them gifts to become closer. At certain parts of Scarlet Nexus, you enter a Standby phase where you switch party members and customize your party’s powers with some offering bonuses like enhanced recovery.

There’s even a brain social feed featuring the cadets interacting with each other through brain messages. While not the same format you’d find in a Persona game these are basically social links. Some of the events may involve gossiping with others, while other events may be from various vendors delivering your item to your brain, like a digital receipt.

Bond Episodes are scenes with allies that happen depending on where you are in the story. By levelling up your bones, you unlock higher-level combo moves. Using your teammates in battle, giving them gifts and talking with them will grant you enhanced SAS effects and will heal or revive you regularly. I’ve always been fond of the characters you play as in the Tales of games and the streak continues with Scarlet Nexus. The Bond system is great because it does exactly what it says and allows you to become closer to your team while they grow in power to better assist you in battle. There are some particularly fun moments to be had with your team, a great balance of the darker story bits.

Cutscenes are told through comic panels, which feels like a weird decision when the world is wonderfully represented. Most cutscenes use this particular in Scarlet Nexus, it feels like a slideshow of sorts and doesn’t portray the action or events in any worthwhile way. Talking portraits are fine but I’d have loved to see something more engaging, especially with so many characters often providing so much exposition. There isn’t an open-world in Scarlet Nexus either. Instead, the world is presented in large open areas, with the ability to fast travel between locations. 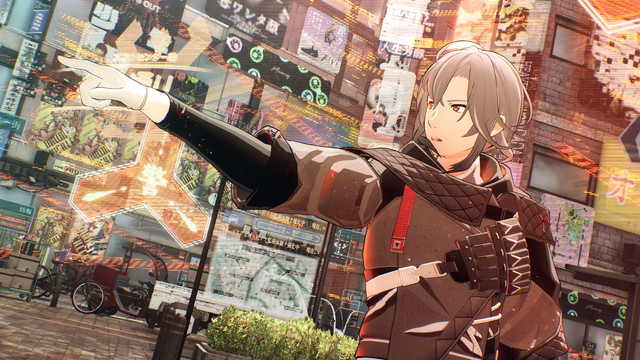 If it wasn’t evident by the trailers or gameplay, Scarlet Nexus is very anime. I’m talking about some wonderfully animated opening scenes to the character tropes and the world. Coming off a recent anime binge, playing Scarlet Nexus is essentially like binging a particularly entertaining anime. I’m also a fan of the character design and some of the Others, too. These hybrid alien-like monsters a melding of both humans and supernatural beings and they can get rather grotesque at times.

And as much as I enjoy the characters and some of the monsters, exploration feels like the weakest aspect of gameplay design. Very few areas are remotely interesting to explore and most feature predictable patterns to navigation. I do enjoy the world of Scarlet Nexus but these futuristic areas offer very little to the curious wanderer. Thankfully, the second half of the game shakes off the cobwebs and begins to make the repetitive layouts a thing of the past.

Performance is good as the game delivers a consistent 4K resolution and 60 frames per second. Scarlet Nexus is visually striking and uses a cell-shaded style that really pops on current-gen hardware. Loading times on PlayStation 5 are breezy.

Scarlet Nexus is one of the most exciting IPs to come from Bandai Namco in years. With some really fun characters, cool futuristic ideas, and a rewarding battle system, if you’re looking for something worthwhile, then Scarlet Nexus is exactly that. Sure, it lacks any meaningful exploration but hacking and slashing your way through abandoned cities and snowy mountains is where the fun really lies. Scarlet Nexus is full of potential and while not without its flaws, there’s enough here to warrant a playthrough.