After its initial reveal during E3 2018, Shedworks’ Sable had fans eagerly awaiting its release. This fervour could easily be attributed to its one-of-a-kind art style and the prospect of a desolate land with intrigue tucked around every chasm, dune and ruin.

Thankfully, Sable not only lives up to the preliminary hype pinned on its gorgeous visuals, but it also delivers exemplary open-world design and an approach to sci-fi storytelling that is truly refreshing.

The journey the game’s namesake protagonist embarks on is a fairly standard coming-of-age story. Sable must commence her “gliding”, a ritual of exploration, personal development and finding purpose. When she feels her gliding is complete, she must return home to her tribe and choose her permanent role in the world, each one represented by a respective mask. There are masks for machinists, scrappers, entertainers, climbers and other life-long duties. As the player, you have an opportunity to complete a host of quests in aid of each of these archetypes, earning you a badge symbolizing that category at the end of a task. Once you collect three of the same kind, you may exchange them for that particular mask. This cycle is what drives the progression of the game, but what sets it apart from its contemporaries are the characters and places you encounter throughout. Sable manages to strike a very special balance in its approach to sci-fi: a simplistic, humble scope that still delivers epic world-building fans have come to expect from the genre. For once, it’s not about taking on an adventure at a universal scale, but rather a very intimate, simplistic journey that drip-feeds expansive context for everything around you. While completing your routine duties, a colossal universe still shines through in the audio logs of shipwrecks, the journals of fallen explorers, or markings found in the backrooms of ancient facilities. The dialogue is fantastic as well, with so many seemingly insignificant NPC’s leaving a mark on you for one reason or another. Technically, you could roll credits on Sable without taking in most of this exposition, but the world design has an incredible knack for consistently replenishing your curiosity. The lore and memorable moments are too enticing to ever consider a speedy playthrough.

Make no mistake, this isn’t the biggest map you’ll ever see. It’s a reasonably sized world that can be digested in a modest amount of time. But openness doesn’t just pertain to size, it’s about feeling and design approach. Each region manages to feel quite distinct from one another without straying away from the abandoned desert backdrop. There’s a somewhat linear narrative path that dictates the sequence you discover each of them in, but that feeling soon dissolves with all of the enticing reasons to backtrack. What may be this game’s biggest strength is how organic and meaningfully placed everything feels. There isn’t an overload of content to take in, but it is also far from being bare bones. It might be the most balanced game I’ve ever played in that regard. There are certain points of interest that repeat among regions, like spaceship wreckage or archaic monuments,  but they never come across as cut and paste. Each and every single one offers different logic puzzles, deep information and wonderful loot like cosmetic outfits. The developers at Shedworks seem to constantly nail dopamine hits on all fronts with each point of interest. Every time I departed from a certain zone, I left the location with new world-building, collectibles, currency and the satisfaction that comes from solid puzzle solving. No levelling or stats-based system needed: just a healthy bounty of accomplishments to reward your time investment. I played this game on Xbox Series X, via Game Pass Ultimate. I’m far from a stickler for frame rate performance, but there were frequent jumps and pauses throughout my playtime. While it certainly didn’t detract from my overall enjoyment, these technical issues were quite jarring at times. 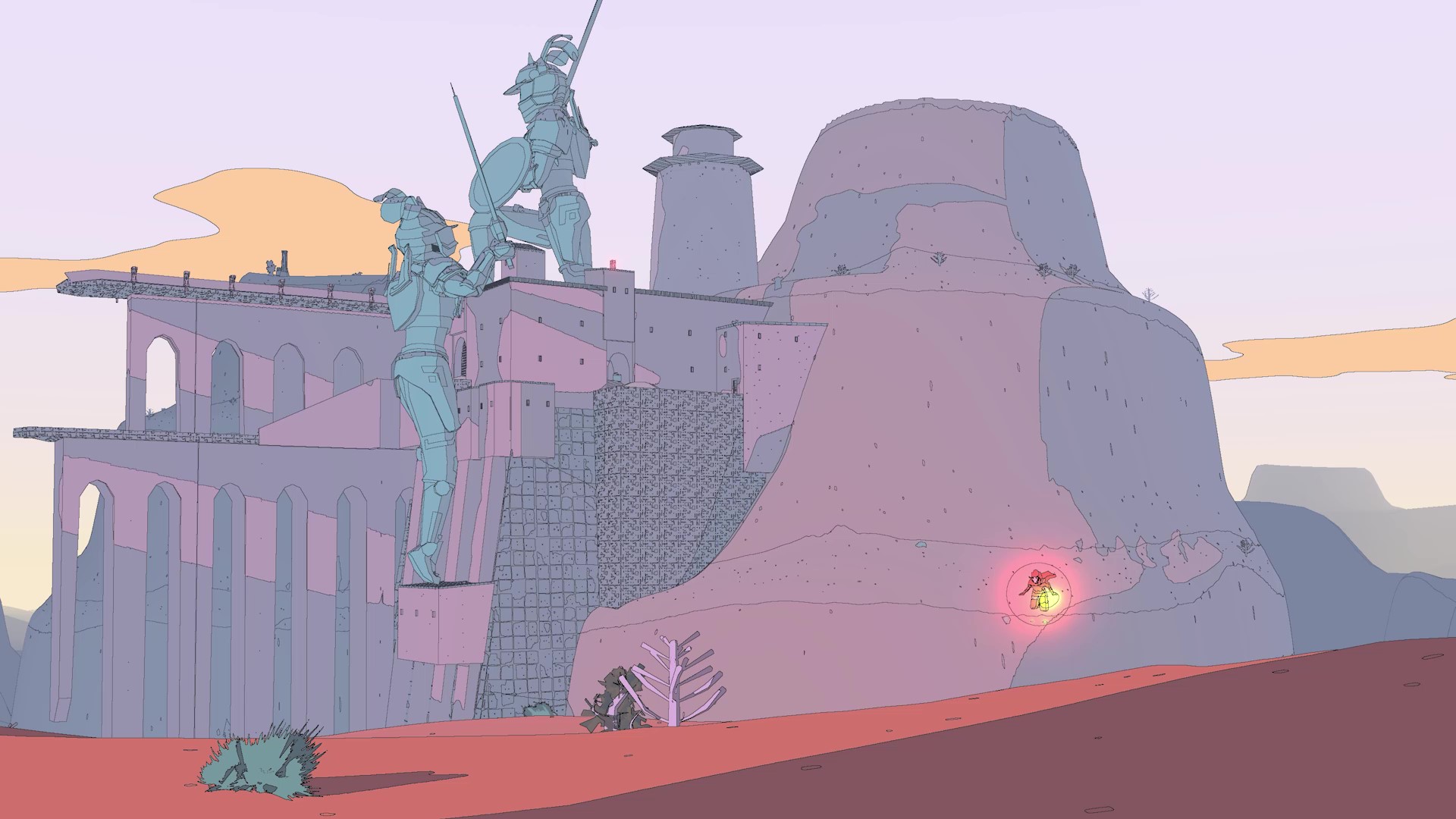 Nevertheless, Sable is a masterclass in world-building that is worthy of the 20-25 hours it takes to complete everything it has to offer. I hope your gliding is as rewarding, memorable and wondrous as mine was.

Sable is a stylish and gorgeously crafted exploration game that leaves a lasting impression. Its approach to a sci-fi narrative is one that I hope to see more of in all forms of entertainment. Despite minor technical hiccups here and there, nothing can take away from the fact that Sable is one of 2021’s shining gems. It is one of the best experiences of the year, indie or otherwise.