There’s a special place in my heart for League of Legends.

The perhaps most famous of MMOBAs was introduced to me in 2011 by my university roommate, who had been using it as a means to stay in touch with his high school friends in Australia, China and Turkey. He took me on as the world’s worst support and from there, I was hooked. Over the years, I’d gotten myself and my brother hooked on the pro scene — we’ve both amassed extensive jersey collections, both of which only one of us still fits in.

But there was always a corner of the community I just couldn’t get into the lore. The lore of League of Legends in the past has really only been a vehicle for adding some variation to The Rift — the arena in which mass battles take place. You’d be hard-pressed to find somebody with an extreme grasp on it all, though more are likely trying now with Netflix’s Arcane series’ semi-canonical telling that recently wrapped its first season. What they’re likely finding is that the lore, which primarily evolves from character descriptions and wikis is dense.

So what Airship Syndicate and Riot Forge sit on is perhaps the greatest revitalization of League of Legends lore. Bite-sized reimaginings of the game’s non-visualized world of Runeterra is a formula that can only be lucrative.

The blight’s a coming

The story here is your classic reaper of souls needs to reap more souls scenario. Sickly-looking, Ghost Rider stan Thresh wishes to bring about the second Harrowing — a cataclysmic level event that happens every few years and launches forth a black fog and spirits of the lost, culling more of the living to be lost forever.  His vehicle for thins is Viego, a sexy alt-boy rocker king who brought about the source of the Harrowing known as the Ruination centuries ago while trying to rejuvenate his deceased bride.

The pool of fan-favourite champions on offer (Ahri, Braum, Illaoi, Miss Fortune, Pyke, and Yasuo) must navigate both alone and together in a quest to keep the Harrowing from being successful. 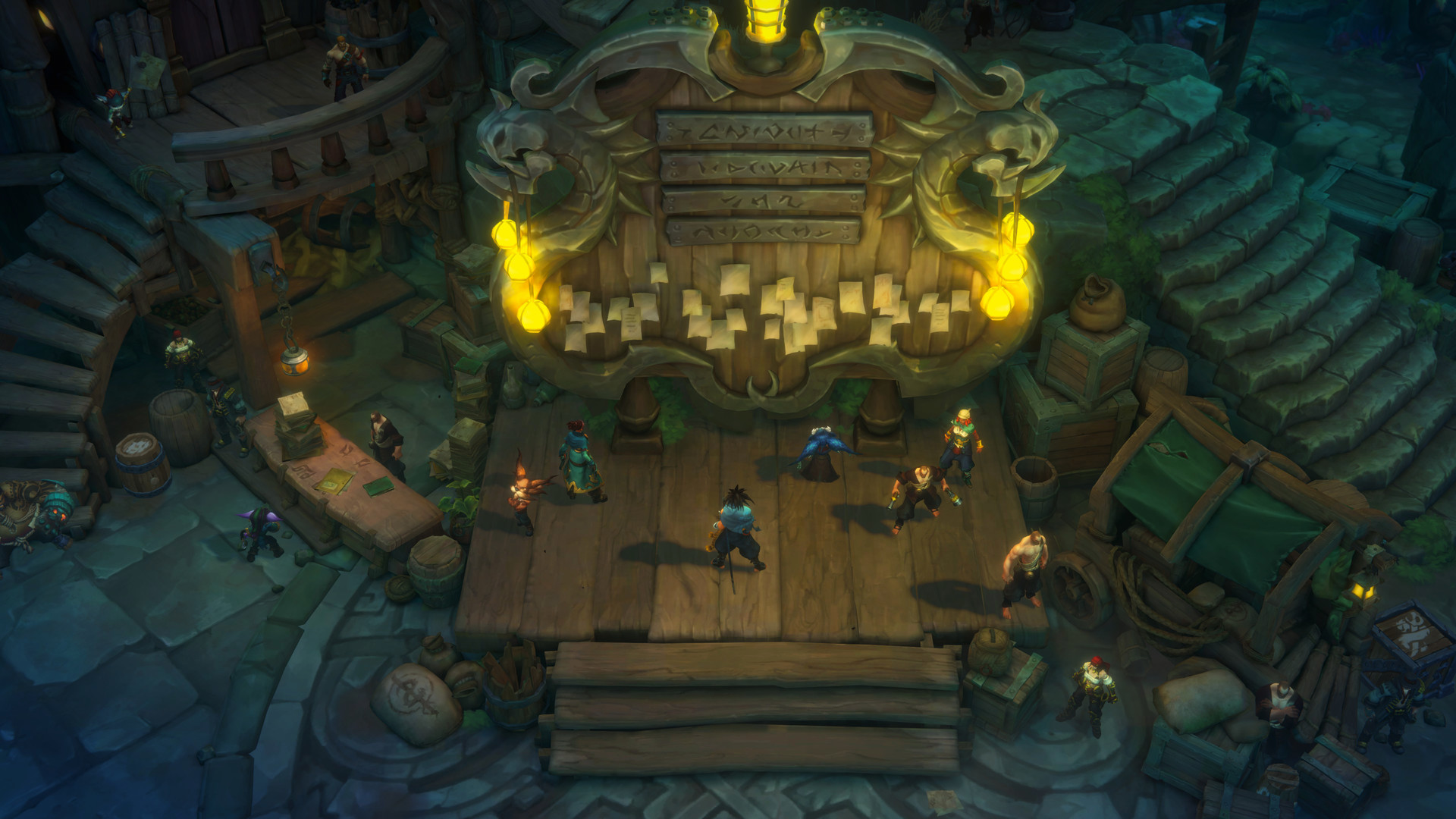 Ruined King: A League of Legends Story is at times quite ham-fisted and cheesy in its delivery. But the story told mainly through narrated cutscenes and accented with scattered pages of lore and NPC discussions is perfectly serviceable for this type of classic RPG. It’s at its worst when it’s stacking a number of cutscenes back to back, which it does all too frequently. Yet, it’s at its best when it uses those scenes to build chemistry between the team and offer glimpses at the wider world of Runeterra.

Welcome to a Different Rift

This game is heavily inspired by Airship Syndicate’s 2017 RPG adventure Battle Chasers: Nightwar, but with an air of League of Legends to it, specifically in the form of its “Lanes” mechanic. While it may sound daunting and confusing, Lanes are essentially just a reimagining of the RPG staple of turn rotations with a League of Legends flare. The faster you learn that the faster you’ll be able to formulate plans base on how Lanes work. They appear as three stacked bars at the bottom of the combat screen. The lanes are Speed (quick skill for less damage, but less cooldown); Balance (attack right away with the normal stats); and Power (a long build-up, but greater likelihood of crit damage and buffs). As you progress through battles, Ruined King: A League of Legends Story will demand that you understand how to use its characters properly or face defeat. 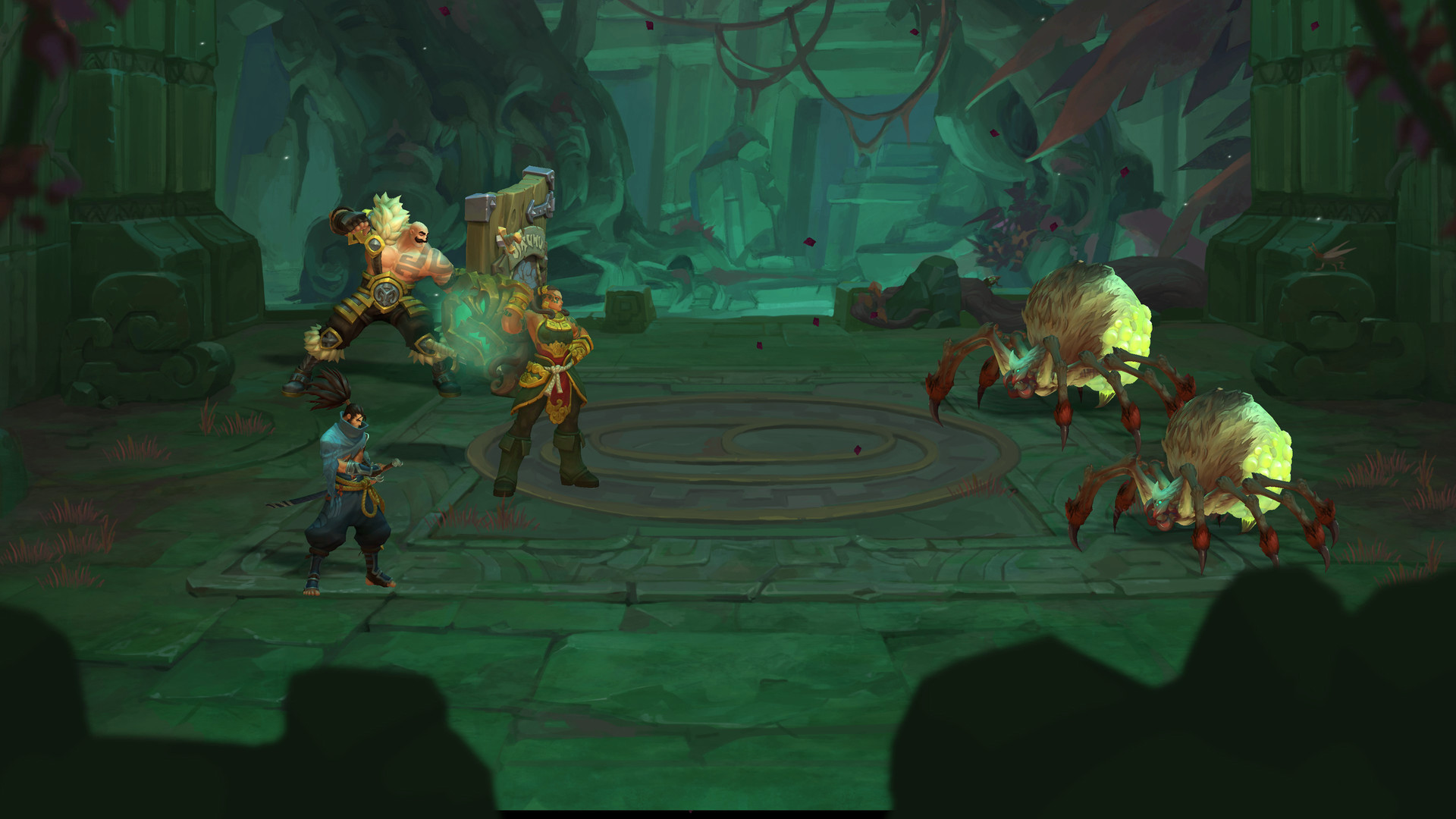 You’ll need to think about things like using Braum and Illaoi as your agro damage-takers so that Pyke and Yasuo can stack buffs from Miss Fortune or Ahri and deal big damage. Or how you can use Miss Fortune and Illaoi as supports to make sure you stay alive. Outside of battle,  Ruined King: A League of Legends Story matches its source material in terms of personalization. There’s a pretty extensive inventory system and equipment system on offer that’s tied almost too heavily on foraging, side quest completion and a tedious fishing minigame — all of which become somewhat of a grave annoyance. But the game more than makes up for this inconvenience with a skill and stat tree system — called Runes here — that lets you craft and recraft a skill stat tree that will ensure that you can do the things I’ve mentioned up above with your party members. And even change it when things aren’t working.

In case you’re guessing where I’m going with my only complaint of this game, it’s that Ruined King: A League of Legends Story feels like it balances precariously on the plank of Miss Fortunes pirate ship. Its main story should take you 30 hours with about 10-15 hours of optional side questing and legendary weapon forging there should you want to play on higher difficulties or experience everything. But the simplistic fishing minigame that’s necessary for that legendary weapon forging is not fun at all. And neither are many of the side quests that take far too much time for the little overall reward. There’s something my brother used to tell my mom on our family trips all the time that I think sums up Ruined King: A League of Legends Story‘s experience well: If getting there’s going to be half the fun, we need to plan funner trips. 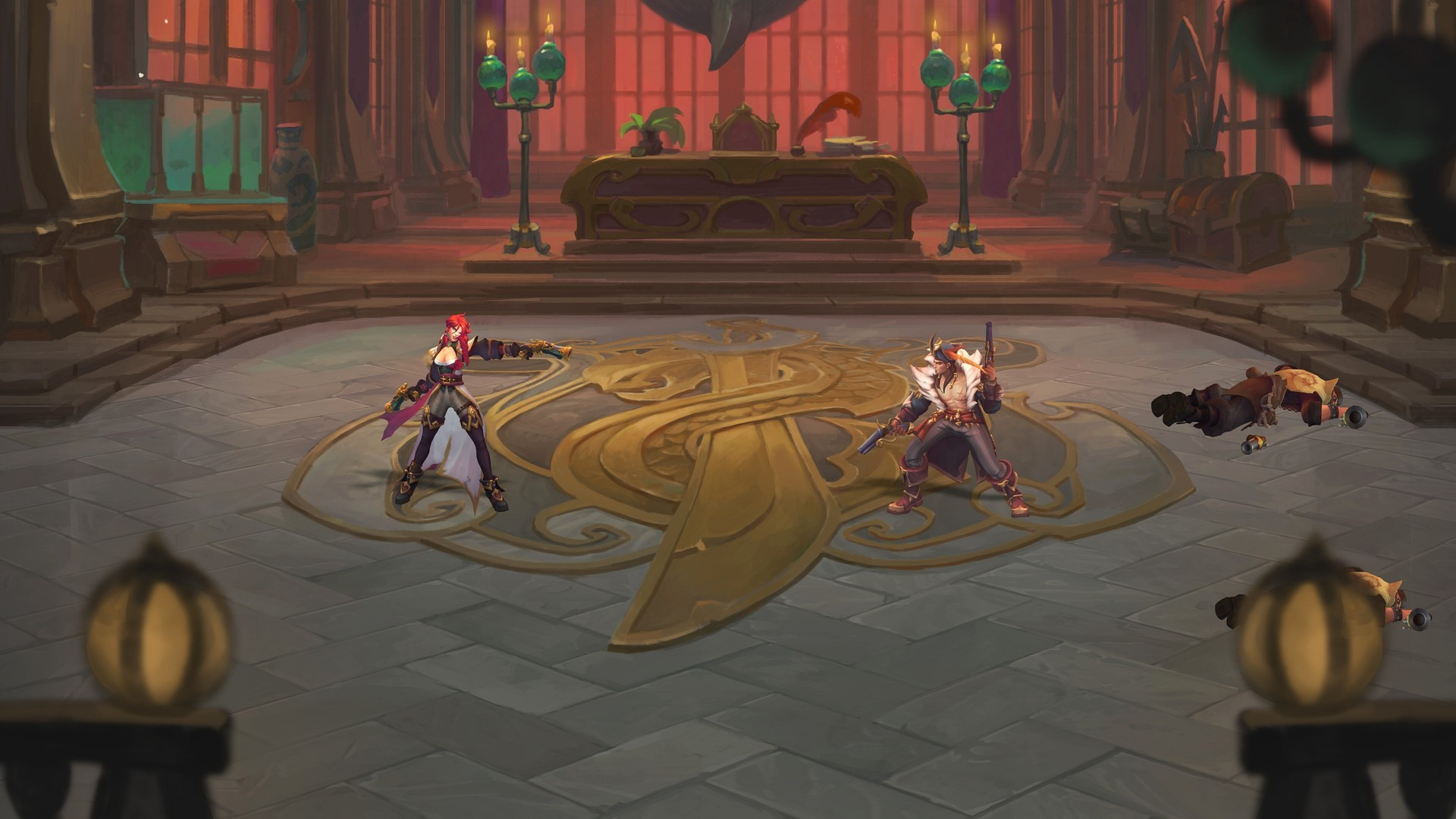 The grammar of that statement isn’t great, but the idea behind it is pretty sound. While this is a great classic-style RPG, it does feel like half of the experience is doing boring, menial things to make battle and story progression more enjoyable. It’s my feeling that this really hampers the overall experience because Ruined King: A League of Legends Story is at its best when you are in a battle and planning how you’re going to use your campions wisely.

The Ruined King: A League of Legends Story collective is onto something special here! I can easily see this formula working like Supermassive Games’ The Dark Pictures Anthology — where I would be more than happy to play two of these 30-40-hour experiences over a given year as a more accessible invitation to learning the greater lore of League of Legends. The battle system is already pretty sound, and feedback on what’s working in terms of story and additional combat that’s coming in is only going to help things feel tighter going forward.