One of my favourite things to do is head out on the open road and drive myself through the backroads in and around the city. It’s easily one of my favourite things to do behind the wheel and gives you the opportunity to see the countryside and some beautiful rolling hills, lakes, and greenery. I expected something akin to that when watching the premier of Road 96 at The Game Awards last year.

The game comes from Digixart, developer of 11-11: Memories Retold and Valiant Hearts. If by chance you’ve played these, you’ll understand these narrative titles and what they set out to do. As it stands, the focus on narrative continues with Road 96, a procedurally generated road trip. You play as a rebel trying to make it out of the fictional country of Petria, currently mired political strife and extremists views.

Your only goal is to escape from the country, hitchhiking your way through the backroads of Petria while meeting weird and sometimes wonderful citizens. Some may need your help and your every decision will impact the journey to the border and because it is procedurally generated, no two players have the same experience on the open road. A lot of the experience is based on and draws inspiration from movies from directors like Quentin Tarantino and Bong Joon-ho.

It took me a few hours to really understand the mechanics and how far-reaching some of my choices in the game were. Each playthrough asks you a series of questions to mould your character providing you with a set of skills that help you with dialogue choices. Think of it as personality types like architects or commanders, each offering something different based on your choices. You play as several teens on the run, each being reported missing as they all head to the border.

You’re encouraged to play this game over and over with each run often being different. You meet tons of interesting characters who often have something new to say when you greet them. Each section of the game is broken up with enough time to work through the events unfolding. Whether you decide to take a car, hitchhike, or even taxi your way, your choices pave the way for the journey. Each teen you play throughout your various adventures to the border all have their own quirks, some may be wealthy, others might have better athleticism to endure the arduous trek to the borders.

Road 96 smartly purposes each character you play by adding several side characters that make the race to the border often exciting. With each run to the border, you come across a handful of characters, each with a story to tell and often interesting to the teen. Every person you encounter in your escape to the Petrian border reveals more about the people around you. Some of my favourite moments revolve around dealing with the people you’ll meet me in the trucker who’s on the road, or the news reporter who often appears. 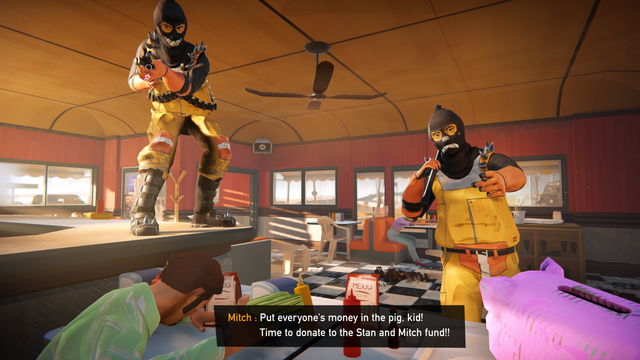 Every time you run into these characters their story advances but the weird thing about this is that you meet the same people as a new person each time, which would mean you don’t get the opportunity to build a real relationship. Instead, their stories are told through what I’d consider an awkward unravelling that unfolds with new characters. But your actions on subsequent runs do shine through, one thing you may have said left an impact on a character you met, so the next time you meet them, they use your words of advice to guide you to the next section.

Some sections of Road 96 play out brilliantly with some often tense moments rearing their head. No two playthroughs are the same and sometimes you’ll end up need to manage your money and your energy. If you lack either by the end of a playthrough then expect things to fail. Success comes from managing what you have to survive otherwise tense situations will lead you to a dead end. 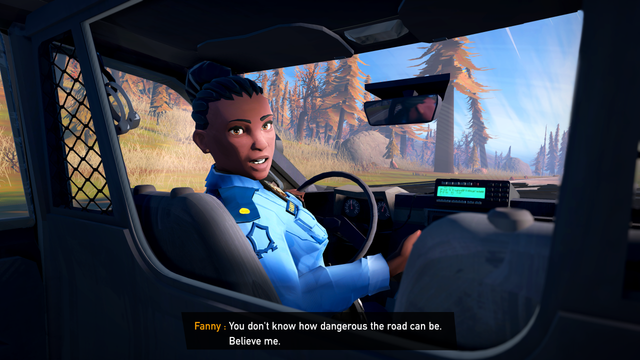 Of course, there are upgrades to make subsequent playthroughs a bit better. Picking locks will help you gain funding or a confidence boost will help your dialogue choices in conversations. Sometimes being strategic about who you talk to or what you have to say leads to exciting instances but be wary of your resources. If you want to be a typical teen and take a taxi to the border, it is possible but with money being limited, it’ll only take you so far. Oppositely, walking to the border is also possible but your energy reserves will deplete and lead to failure. It is a risk vs reward system that I found engaging and often fairly implemented. 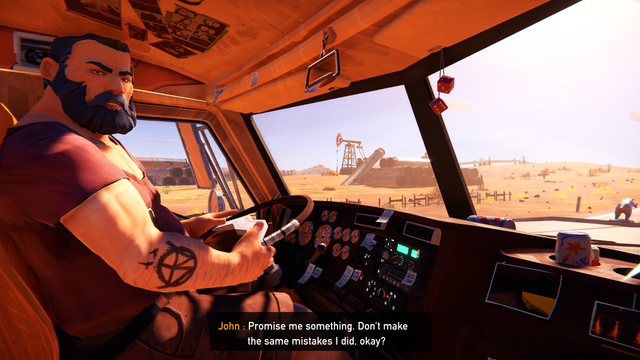 My biggest letdown with my time reviewing Road 96 is the performance issues on Nintendo Switch. I’m finding more games are adding their titles to the hybrid console at the expense of performance. In this case, the game falters with its load times, the lighting is washed out, and the aliasing is erratic. I wouldn’t recommend the port for anyone who wants the best experience but it is the definitive way to play Road 96 without a PC.

Road 96 does some interesting things with each playthrough you’ll complete. While each trip is distinctly different from the others, the destination is always the same. I enjoyed speaking to the people of Petria, understanding them and the developers have crafted a tense and thrilling game that is surprisingly bold in execution. Aside from technical issues on the Nintendo Switch, Road 96 weaves together a narrative that should be experienced.