Zombies, ghosts, mummies, and assassins, oh my! In Research and Destroy there’s more than meets the eye. It takes a familiar premise and post-apocalyptic future and paints over it with a refreshingly fun look and feel, while also handing players a challenging RPG turn-based action game.

The world as we know it has changed… and I don’t mean just today as you sit here reading this… in Research and Destroy humans are a thing of the past. But after a brief and aptly written prologue, you’ll quickly realize that the desolate future can be rebuilt with a little bit of science and a lot-a-bit of turn-based action combat. The story isn’t anything special, but it’s there to create some context to the setting and it does its job well enough. As three scientists wielding gadgets and wacky guns, it’s up to you to save the day.

Guns, Gadgets and Science — all three of those things make up what I found a very fun and addicting gameplay loop in Research and Destroy. Now I won’t sit here and tell you I haven’t seen this all before, I have, in various games like XCOM, Advanced Wars, and Gears Tactics. But what this game does is it puts a really fun and goofy spin on things. Weapons look and sound like their from a Saturday morning cartoon, but they operate in their own unique ways against a large variety of equally interesting enemies. 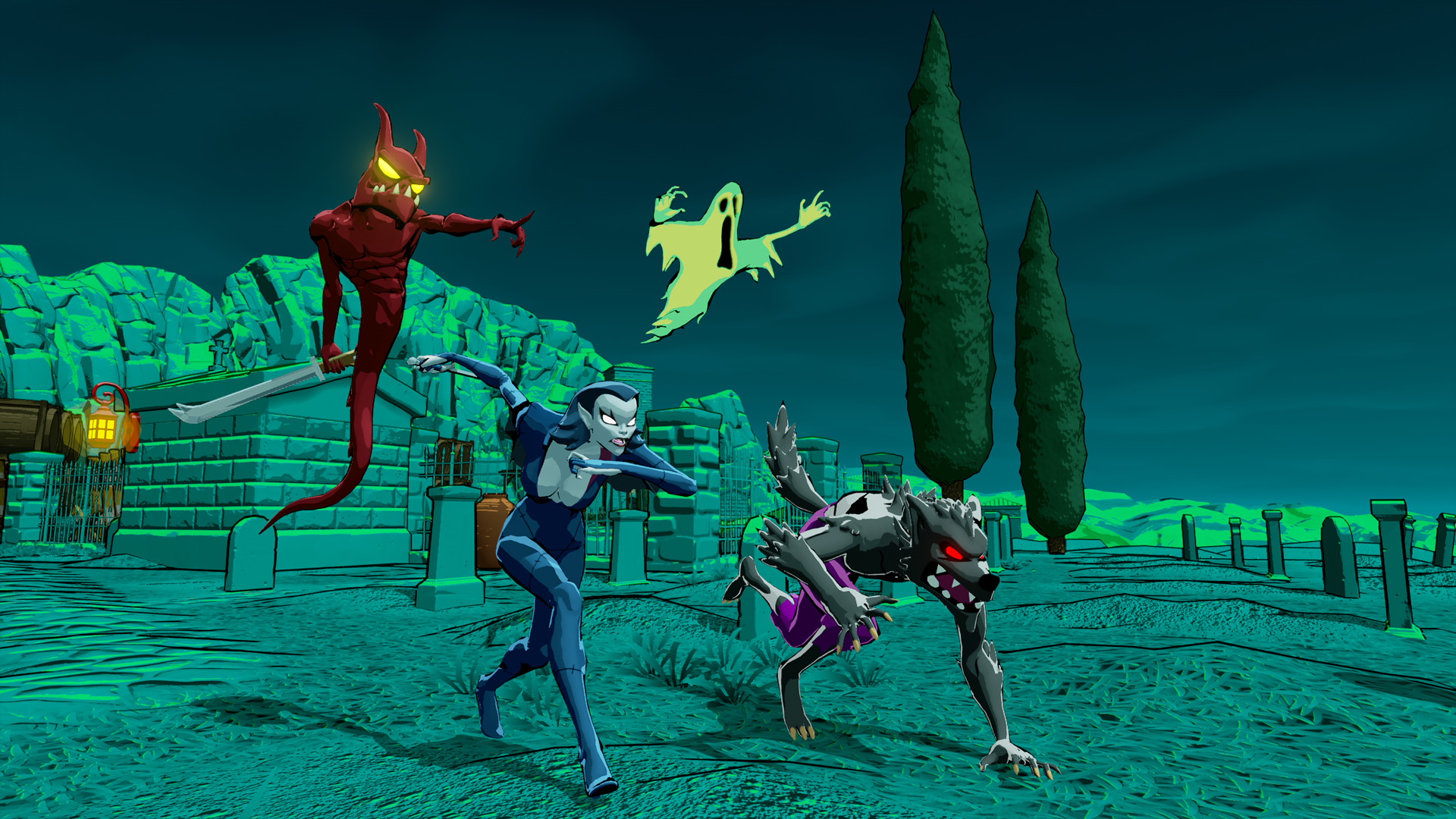 Research and Destroy starts off with a fairly helpful tutorial that does a good job of laying the groundwork for a combat and upgrade system that is far deeper than I expected. You play as the trio of Larry, Gary, and Marie who have their own strengths and weaknesses. The turn-based system essentially works like this: each scientist has roughly ten seconds to move and shoot on each “turn.” For example, my Gary build had him sniping from afar giving him impactful shots, but his movement was limited. Marie cleared out larger waves, but also needed time to reload her effective “Test Tube Launcher.” 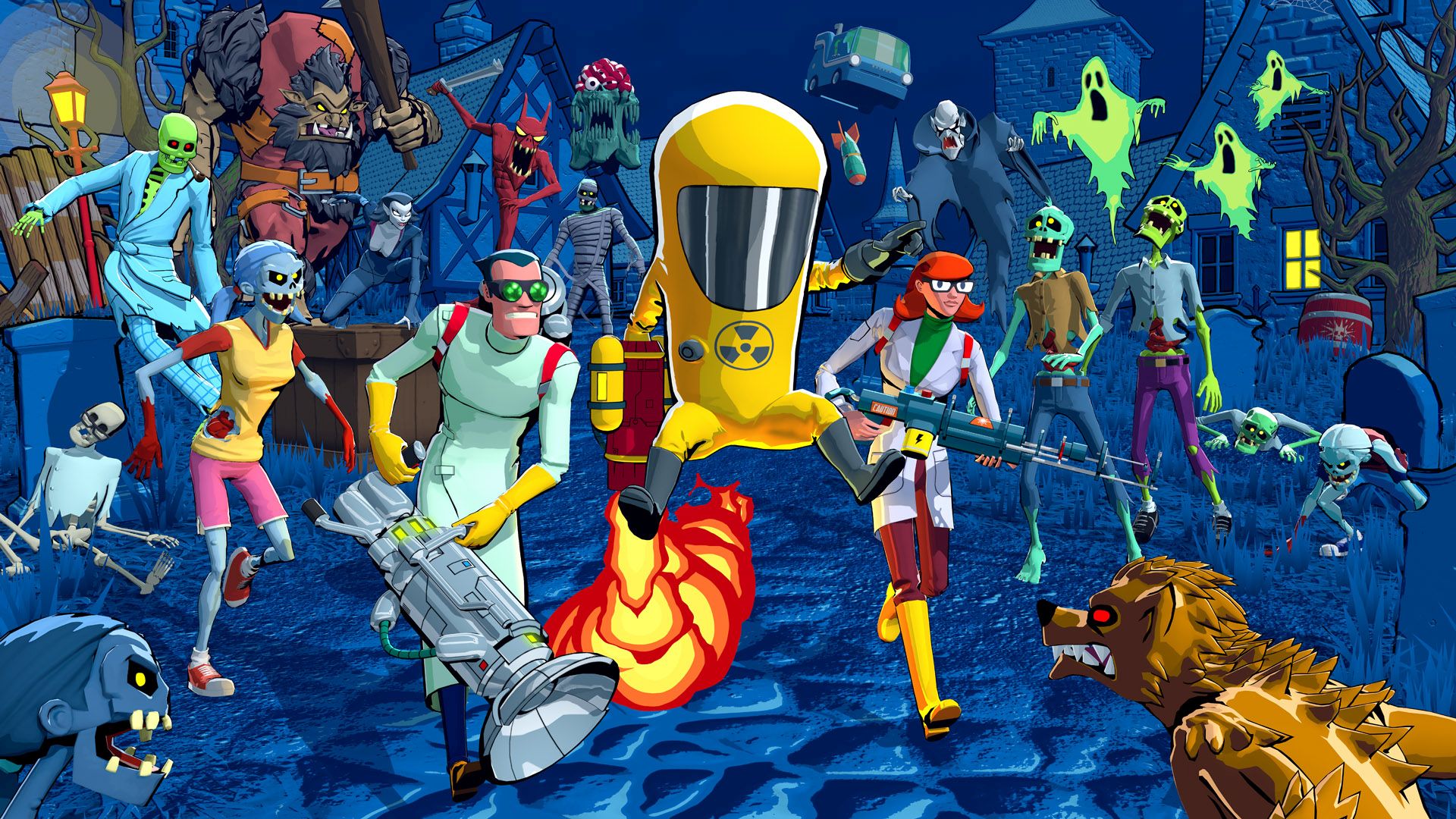 That central system is easy to understand and works most of the time. The only issue I had is how some of that limited time is used. For example, just looking around for the next enemy eats up precious seconds, then I’m suddenly swarmed with zombies I didn’t have a chance at hitting. Additionally, while the enemies are usually easy enough to defeat in small numbers, Research and Destroy feels a little unforgiving at times. Early on, I failed multiple levels thinking I was well equipped, only to be wiped out by hordes that bottlenecked and overwhelmed my team within minutes. 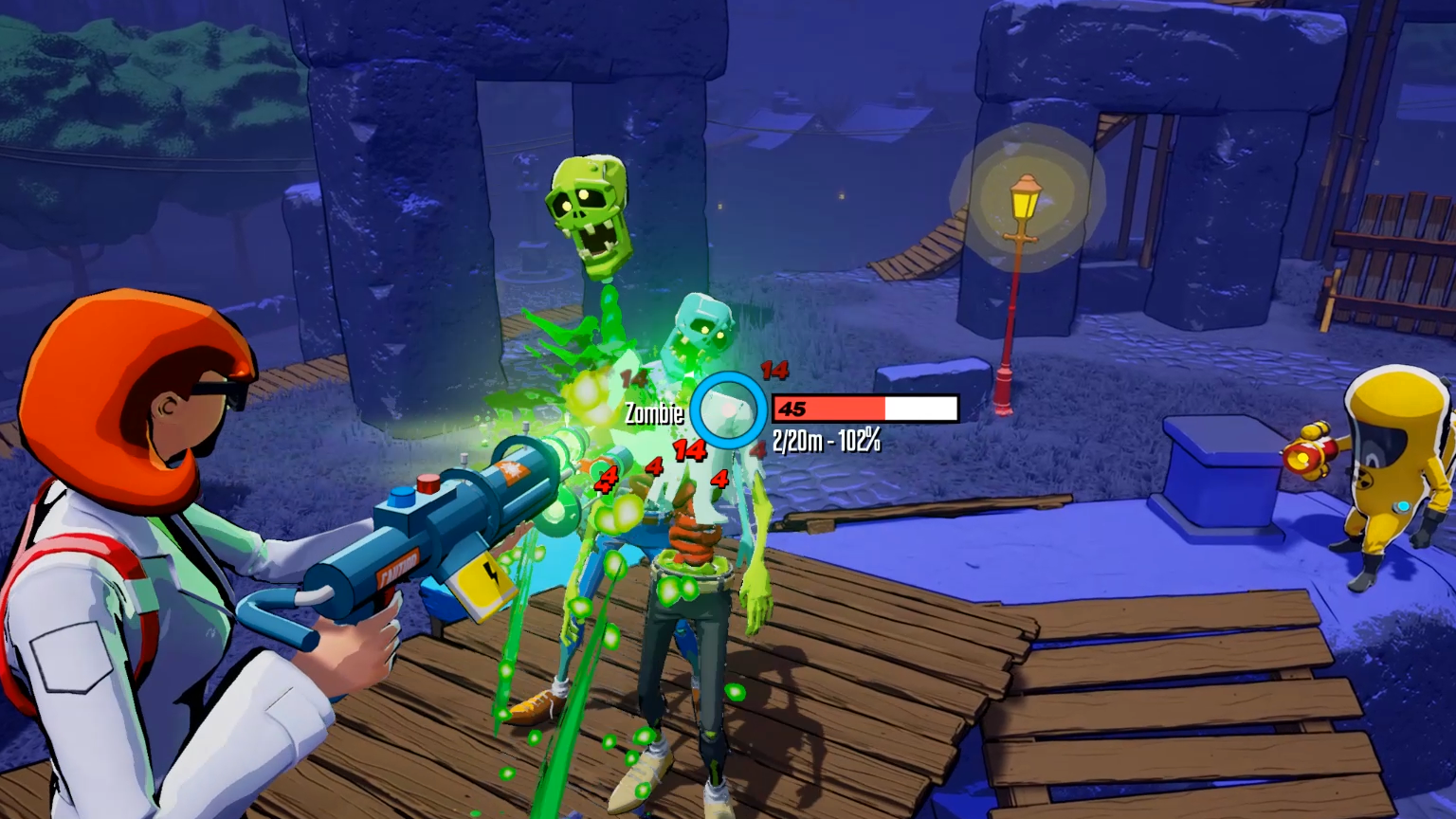 Despite that, I continued to play and had a great time trying to progress past even the most challenging stages. On top of all this, there’s a lot to do off the battlefield as well; with a dozen or so weapons and gadgets, and a map system that has you building “bases” to fend off oncoming attacks. The game also has a co-op mode which could be quite fun, though I did not have a chance to try it out.

RESEARCH and DESTROY — A 90’s Vibe

Research and Destroy has a wonderful personality and charm. It doesn’t take itself too seriously and welcomes its wild premise with quirky characters good and bad, and mechanics ripped straight from the pages of a B-level comic book. Games like this have deep systems and dark end-of-the-world aesthetics; so Research and Destroy felt refreshing. Honestly, it even helped me overcome some of the more frustrating battles I mentioned earlier with wacky sound effects, funky tunes, great writing, and an art style I recognized from my favourite 90’s cartoons and comics. 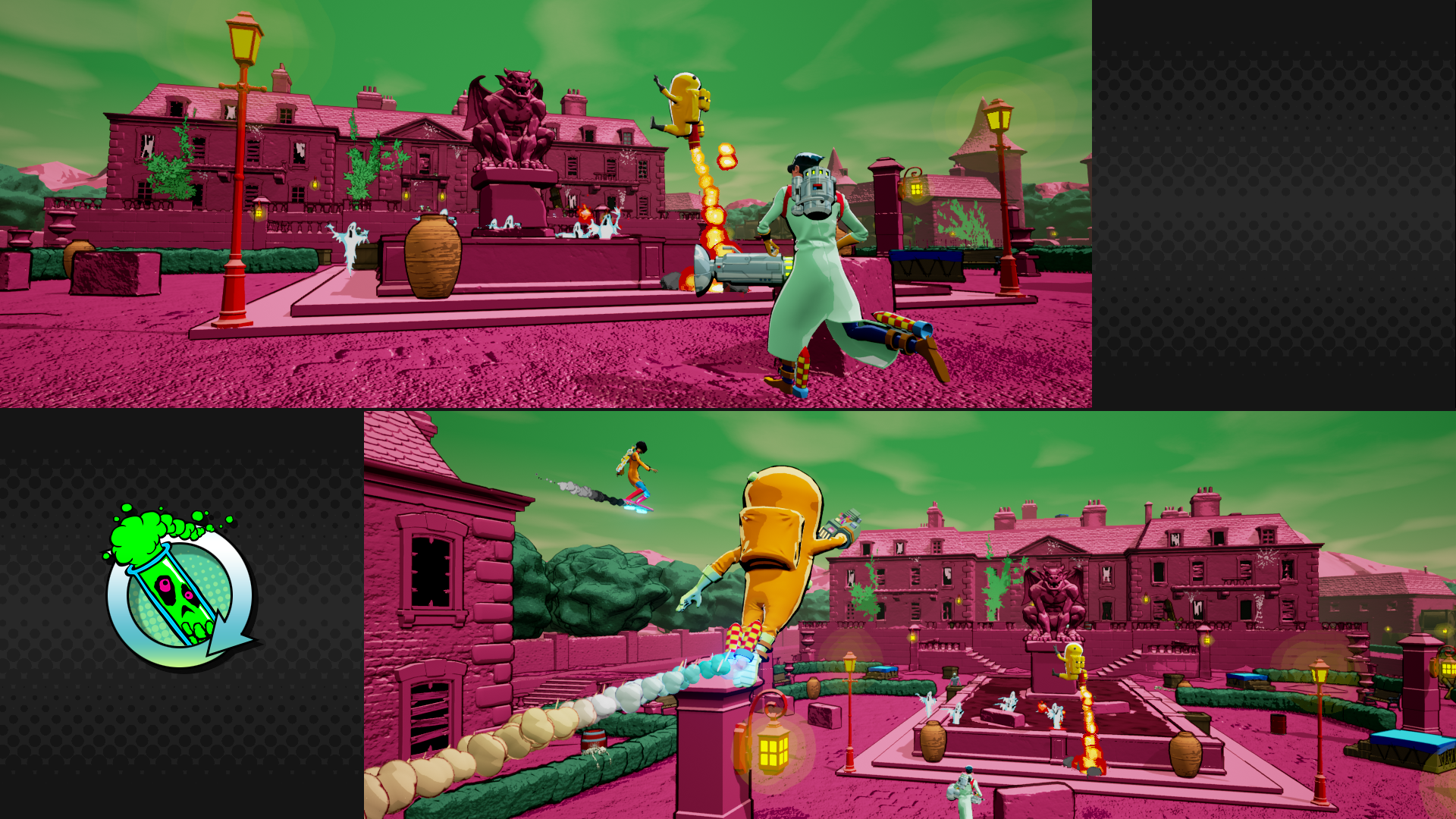 If you’re looking for a fresh take on a crowded genre, Research and Destroy is a great place to start. Don’t let the charming and child-like style fool you though, this is a tough game that will have even the most veteran turn-based player will find some challenge.

Despite some minor frustrations, Research and Destroy had me smiling for dozens of hours I poured as I disintegrated ghosts, zombies, boogeymen, poltergeists, and countless others. It’s available on nearly every platform and well worth your time if you’re looking for a good pick up and play title.